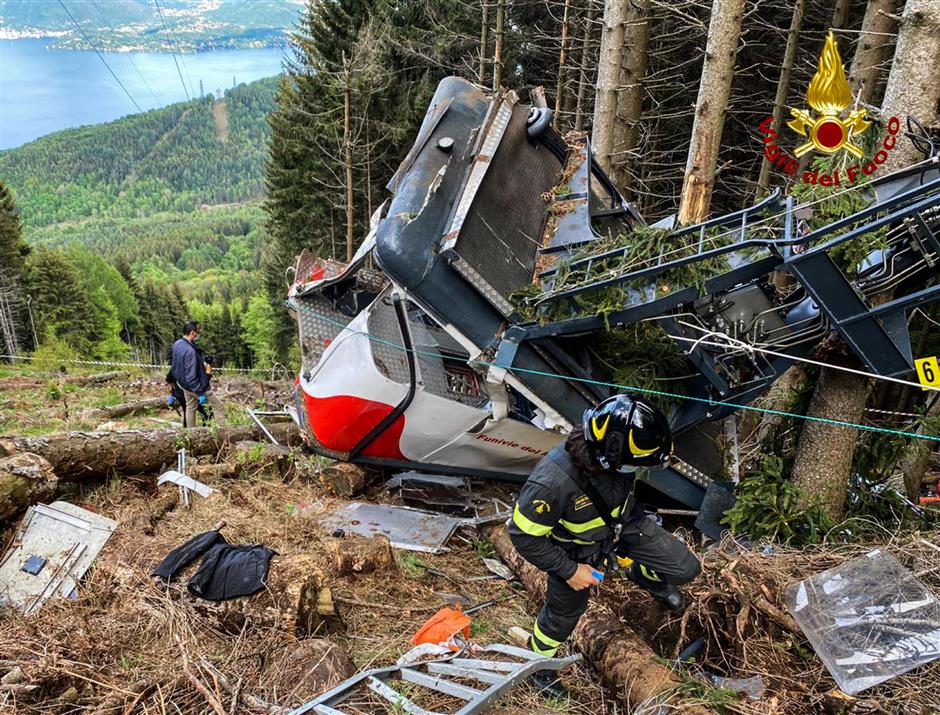 Italy's transport minister on Monday headed to the scene of a cable car disaster that killed 14 people when the lead cable apparently snapped and the cabin careened back down the mountain until it pulled off the line and crashed to the ground.

The lone survivor of Sunday's horrific incident, a 5-year-old Israeli boy living in Italy, remained hospitalized in Turin on Monday with multiple broken bones. The Israeli foreign ministry identified him as Eitan Biran. His parents, younger brother and two great-grandparents were among the dead, the ministry said.

Italian media identified all the other victims as residents of Italy.

The disaster, in one of the most picturesque spots in northern Italy raised new questions about the quality and safety of Italy's transport infrastructure.

Transport Minister Enrico Giovannini said a commission of inquiry had already been formed to investigate the "technical and organizational causes" of the accident. Prosecutors will focus on any criminal blame he added.

The transport ministry said a preliminary check of the cable line's safety and maintenance record show that the whole lift structure underwent a renovation in August 2016. And a maintenance check was performed in 2017.

Late last year, inspections were performed on the cables themselves, including magnetic inspections on the primary cables of the lift: the cable that pulls the cabin up the mountain, the support cable that holds the car and the rescue cables.

In December another visual check was performed, the ministry said.

The accident came at the start of Italy's much-anticipated reopening to tourists after coronavirus closures.