Over 200 injured in metro train collision in Kuala Lumpur: media 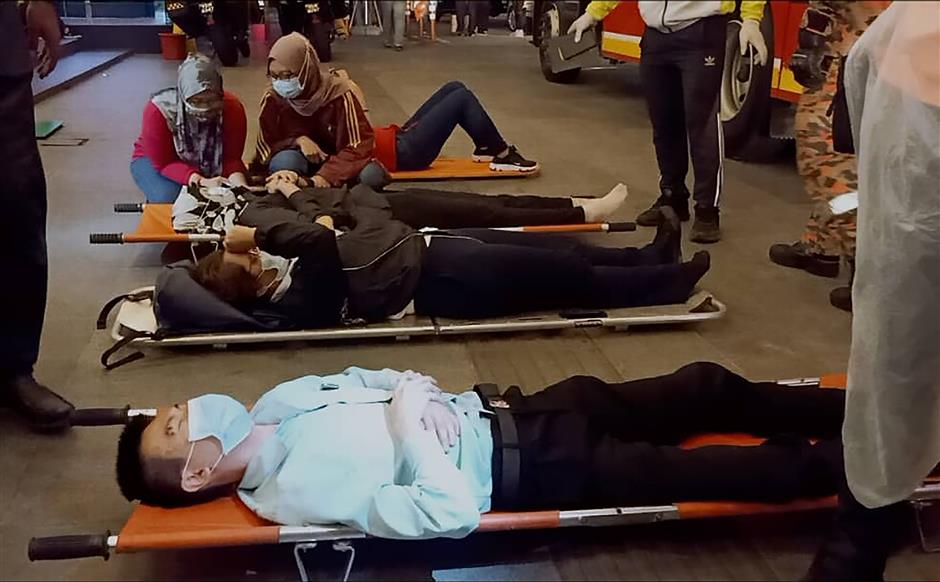 Injured people lie on stretchers after two metro light rail trains collided in a tunnel in Malaysia's capital Kuala Lumpur on May 24, 2021.

The accident happened around 8:30pm local time as an empty train collided head-on with another one carrying 232 people on the Kelana Jaya Light Rail Transit (LRT) line at an underground section near the KLCC station outside the Petronas Towers, media reports quoted Malaysian transport minister Wee Ka Siong as saying.

The minister told a press conference at the station that 166 people suffered light injuries while 47 where seriously injured, adding that some of the injured were sent to hospital.

The empty train was on a test run, the minister said.

He said the incident was the first of its kind in the LRT's 23-year history, adding that a special panel will be formed to probe the collision.

Meanwhile, Malaysian Prime Minister Muhyiddin Yassin said on social media that he was informed of the accident and that security and emergency officers are on the scene.

The prime minister said he has ordered an investigation into the accident.