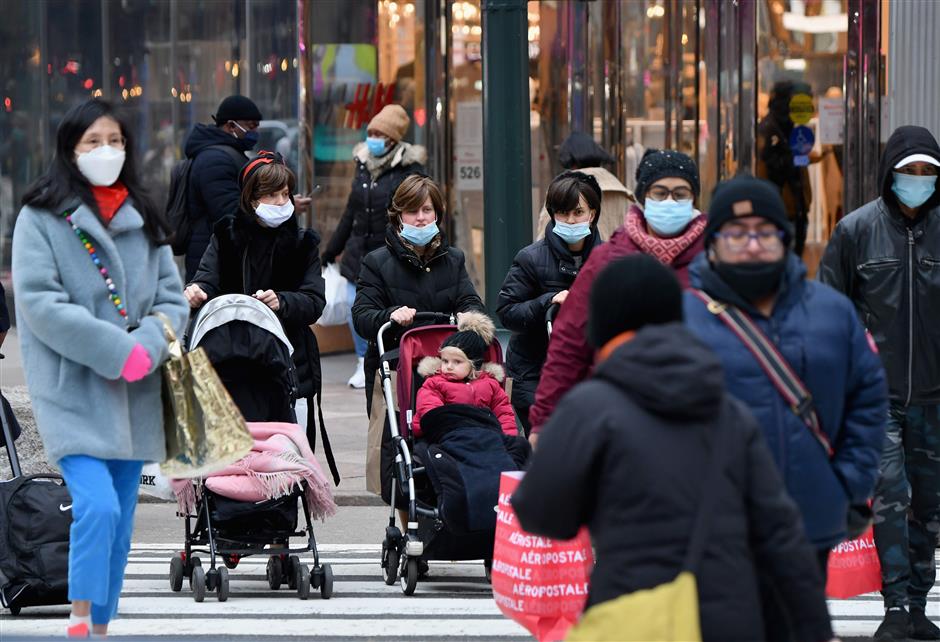 People walk on the street of New York City.

New York City and Los Angeles, the two largest US public school districts, on Monday announced plans to fully reopen schools, part of a parent-led nationwide trend amid a sustained decline in COVID-19 infections and rise in vaccinations.

"It's time for everyone to come back, it's time for us all to be together, time to do things the way they were meant to be done," New York City Mayor Bill de Blasio told reporters.

The city's 1.1 million public school students have adopted different learning practices so far this year. Some have split their time between school and home, while others are still being taught full time by "remote learning." Neither of those options will be offered as of September, de Blasio said.

In Los Angeles County, all students in elementary, middle and high schools – more than 600,000 pupils – would be allowed to attend class full time, said district superintendent Austin Beutner. However, students and some teachers would have the option to remain at home, he said.

"We expect the vast majority of students, teachers and staff to be at school every day but recognize that we must provide the online opportunity for those who need it," Beutner said.

United Teachers Los Angeles, the union representing most teachers in the district, has resisted fully reopening schools until additional health and safety measures are in place.

Nationwide, the number of new infections fell to a seven-day average of 22,877 on Sunday, the lowest since June and less than one-tenth its post-holiday peak of more than 250,000, according to the Centers for Disease Control and Prevention.

Nearly half of the US population has had at least one dose of a vaccine, according to the CDC. In New York, 52 percent of residents have had at least one shot, Governor Andrew Cuomo said on Monday.

The pace of vaccinations has been trailing off to a seven-day average of about 1.7 million doses a day, according to the CDC data. That is up from its April peak of about 3.3 million.

The decline in infections has prompted political leaders to offer an array of incentives, such as free tickets to ballgames and lotteries, including New York State's US$5 million "Vax & Scratch" game.

De Blasio on Monday upped the state's ante by adding weekly drawings of prizes, including Broadway shows, hotel packages and one-year gym memberships for residents who get vaccinated at city-run sites through early July.

He also announced that late-night comedian Stephen Colbert will resume taping "The Late Show with Stephen Colbert" in front of a live, vaccinated New York audience on June 14.

Given the declining number of new COVID-19 cases, de Blasio said he expected the CDC to relax its guidelines that require students to maintain social distancing of 1 meter before the start of the next school year.