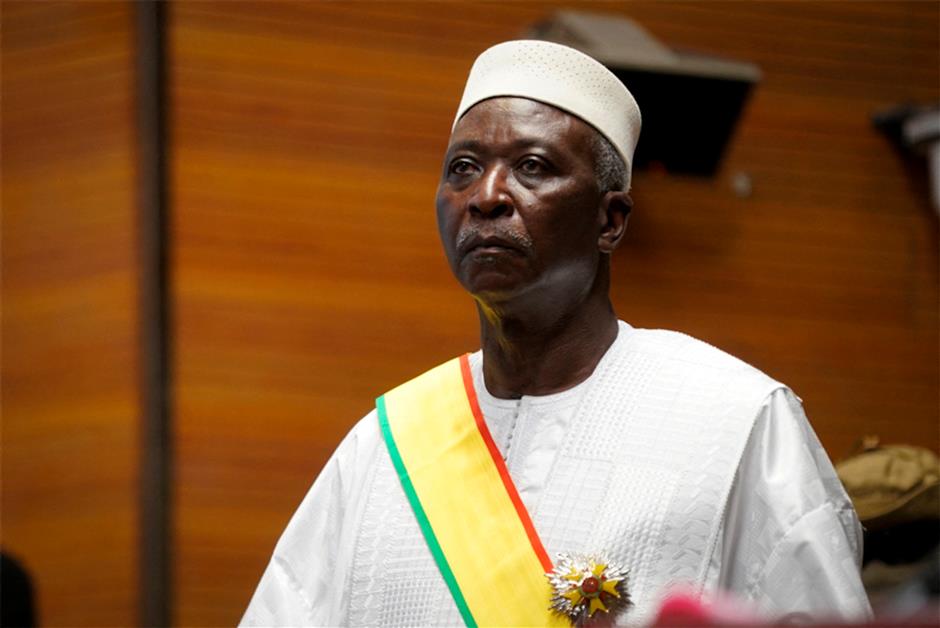 Political turmoil in Mali deepened on Tuesday as the country's strongman pushed out transitional leaders who had been tasked with steering the return to civilian rule after a coup last August.

Assimi Goita, who headed a junta which seized power less than 10 months ago, said that President Bah Ndaw and Prime Minister Moctar Ouane had been stripped of their powers. He promised elections in 2022.

The announcement marks the latest crisis to hit the vast, impoverished West African country, which is already struggling with a brutal jihadist insurgency.

Ndaw and Ouane have been heading an interim government that was installed in September under the threat of regional sanctions, with the declared aim of restoring full civilian rule within 18 months.

In a move that sparked widespread diplomatic anger, the pair were detained on Monday by army officers who were disgruntled by a government reshuffle, two senior officials said.

In a statement read on public television, Goita said Ndaw and Ouane had been stripped of their duties for seeking to "sabotage" the transition, which would "proceed as normally."

Former colonial power France condemned what it called a "coup," with Foreign Minister Jean-Yves Le Drian demanding the release of the president and prime minister.

Monday's government reshuffle, designed to respond to growing criticism of the interim government, saw the military keep the strategic portfolios it controlled during the previous administration.

Colonel Goita, who holds the rank of vice president in the transitional government, accused Ndaw and Ouane of failing to consult him on the reshuffle.

The transitional charter, a document largely drawn up by the colonels, sets down principles for underpinning Mali's return to civilian rule.

The detention of Ndaw and Ouane sparked international condemnation, which included a rare joint statement by the United Nations, African Union, Economic Community of West African States, the European Union and the United States.

Military officers ousted the then-president, Ibrahim Boubacar Keita, on August 18 after weeks of mass demonstrations over perceived government corruption and his handling of the jihadist insurgency.

ECOWAS, a 15-nation regional bloc, threatened sanctions, prompting the junta to hand power to a caretaker government that pledged to reform the constitution.