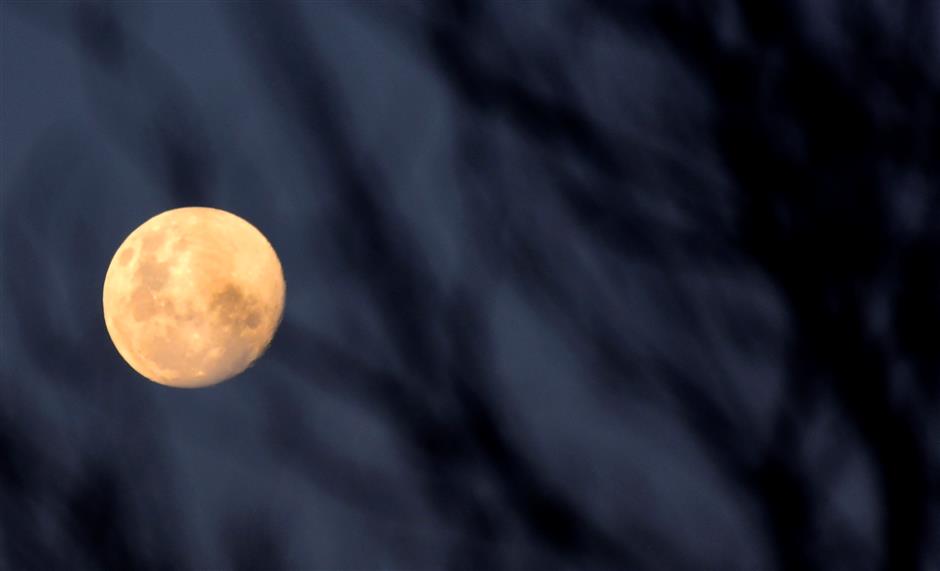 View of the waxing gibbous moon in Asuncion, on Monday.

Stargazers across the Pacific Rim can cast their eyes skyward tonight and behold a "Super Blood Moon," as the heavens align to bring a rare celestial twin treat.

The first total lunar eclipse in two years is happening at the same time as the moon is closest to Earth, in what astronomers say will be a once-in-a-decade show.

If the skies are clear, anyone living between Australia and the central United States will be able to see an enormous, bright, orangey-red moon.

The main event will be between 1111-1125 GMT – late evening in Sydney and predawn in Los Angeles – when the moon will be entirely in the Earth's shadow.

The moon will darken and turn red – a result of sunlight refracting off the Earth's rim onto the lunar surface – basking our satellite in a sunrise- or sunset-tinged glow.

Unlike a solar eclipse, the sight will be safely visible to the naked eye.

This eclipse will be different because it happens during a "super moon," when the moon passes a mere 360,000 kilometers from Earth.

At that point, it can appear 30 percent brighter and 14 percent larger than at its farthest point – a difference of around 50,000km.

"Interest has been high," said Andrew Jacobs curator of astronomy at Sydney Observatory, who is hosting a COVID-safe viewing event with telescopes and experts. "I'm expecting a clear night."

The event will also be live-streamed, with 20,000 users already registering.

For those wanting to see the event in person, Jacobs predicted the best view will be in "Australia, New Zealand, and large parts of the Pacific. New Guinea also gets a good view.

"The Americas see it in the early morning, but they don't necessarily see all parts of the eclipse. Europe and Africa and the Middle East are missing out completely, on this particular one."