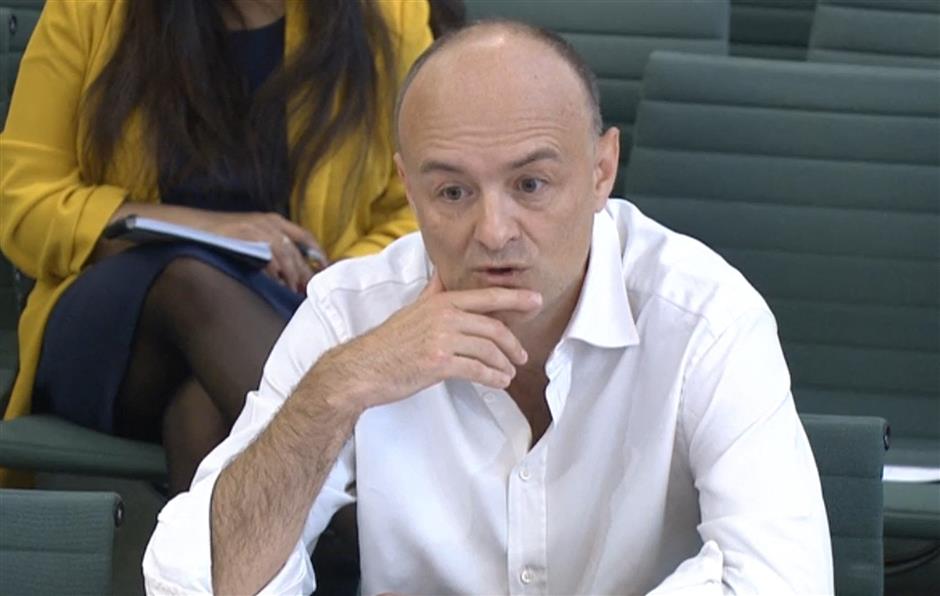 British Prime Minister Boris Johnson's former chief adviser said his ex-boss failed in the COVID-19 crisis and ministers fell "disastrously short" of the standards the public had a right to expect during the most devastating global pandemic in decades.

With almost 128,000 deaths, the United Kingdom has the world's fifth worst official COVID-19 toll, and Johnson was slow to appreciate the significance of the threat from the virus at early stage of the outbreak.

Dominic Cummings, the strategist behind the 2016 Brexit campaign and Johnson's landslide election win in 2019, told lawmakers that the British government and Johnson's Downing Street office was far too slow to spot the crisis.

The West, he said, failed to see the brewing crisis and that Johnson considered COVID-19 a "scare story" like swine flu while many senior ministers, including the prime minister, were on holiday.

Such was Johnson's skepticism that he even told officials he was considering getting the government's chief medical adviser Chris Whitty to give him an injection of the coronavirus on live television to reassure the public, Cummings said.

"The prime minister regarded this as just a scare story," Cummings said, adding the view of officials was Johnson's attitude was "don't worry about it and I'm going to get Chris Whitty to inject me live on TV with coronavirus."

"When the public needed us most, the government failed," Cummings told lawmakers.

"The truth is that senior ministers, senior officials, senior advisers like me, fell disastrously short of the standards that the public has a right to expect of its government in a crisis like this."

Cummings, who left government after falling out with Johnson in late 2020, apologized to the families of the dead for his own mistakes and the mistakes of the British government.

The ex-adviser casts the British state as an outdated system run by incompetent amateurs who are resistant to any innovation that would bring them closer to the modern world.

British officials, he said, were resistant to new ideas, overly secretive, overly bureaucratic and lacked any real scrutiny from a compliant domestic media.