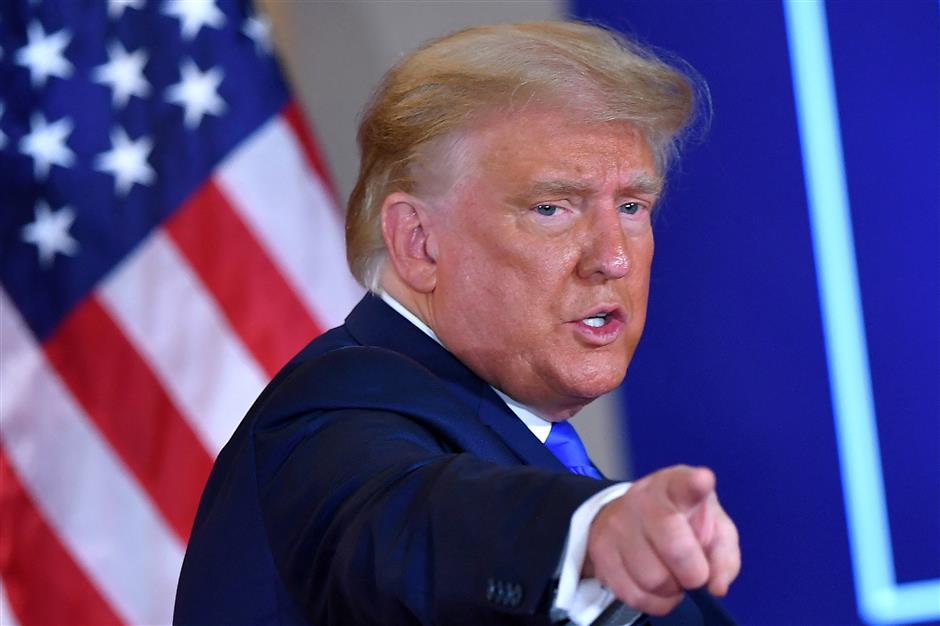 New York prosecutors have convened a grand jury that is expected to decide whether to indict former US President Donald Trump, suggesting they may have found evidence of a crime, the country's media reported on Tuesday.

The development is the latest step toward the 74-year-old Trump, who left the White House in January, possibly becoming the first ever ex-US leader to face criminal charges.

Trump fired off a statement in response to the reports, rejecting the investigation as "purely political" and "a continuation of the greatest Witch Hunt in American history."

"It's never stopped. No other President in history has had to put up with what I have had to," he wrote.

The grand jury was set up recently and will sit three days a week for six months, reported The Washington Post, citing two unnamed people familiar with the case.

The Washington Post said the move, also reported by ABC, suggests that Manhattan District Attorney Cyrus Vance may have found evidence of a crime, if not by Trump then somebody close to him.

In the United States, prosecutors typically refer important cases to grand juries made up of citizens who examine the prosecution's case in secret.

They hear evidence and can request additional documents before deciding whether criminal charges should be brought.

Vance and New York state Attorney General Letitia James, both Democrats, are investigating Trump's business dealings – prompting the Republican to claim he is being persecuted.

"This is purely political, and an affront to the almost 75 million voters who supported me in the Presidential Election, and it's being driven by highly partisan Democrat prosecutors," Trump charged in his statement.

Investigators are examining whether the Trump Organization committed tax evasion and insurance and bank fraud.

Vance's probe initially focused on hush payments made to two women who allege they had affairs with Trump – but the investigation has since been expanded.

Investigators suspect the Trump Organization may have artificially inflated and reduced the value of assets, particularly several properties in New York state, to either get bank loans or reduce taxes.

Last week, James said her office was investigating the Trump Organization in a "criminal capacity" and was working with Vance's team.

The Trump Organization did not respond to a request for comment.

Vance, who leaves his post at the end of December, acquired eight years of Trump's tax returns in February after a years-long legal battle that went to the Supreme Court. Investigators are notably looking into the remuneration of key executives at the Trump Organization.

According to several media, Vance's team has been looking at the Trump Organization's long-serving chief financial officer, Allen Weisselberg, one of the family's most loyal servants.