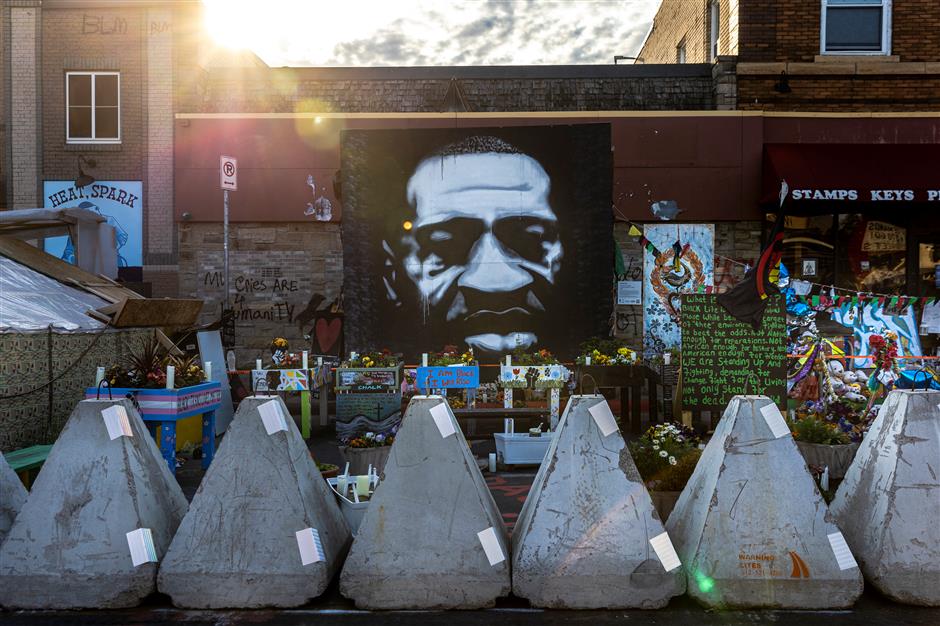 The George Floyd Memorial is barricaded on June 3, 2021, as the city of Minneapolis orders the square cleared for traffic.

The 2021 Pulitzer Prizes were announced on Friday via streamed video, highlighting news stories themed on the COVID-19 pandemic and the protests that followed the murder of George Floyd.

The staff of the Minneapolis Star Tribune won the Pulitzer for breaking news reporting. The Pulitzer board praised their "urgent, authoritative and nuanced coverage" of Floyd's death and the protests that followed.

Floyd was an African American killed in May 2020 after a white police officer had knelt on his neck for over nine minutes. After his death, protests against police brutality, especially toward black people, quickly spread across the United States.

The Pulitzer for breaking news photography went to photography staff of the Associated Press for their photos documenting the response in the United States to Floyd's killing.

Notably, Darnella Frazier, the teenager who recorded the murder of Floyd, was honored with a special citation.

Meanwhile, The New York Times won the 2021 Pulitzer for public service for its coronavirus coverage.

Columnist Ed Yong at The Atlantic was a winner in the explanatory reporting category for "a series of lucid, definitive pieces on the COVID-19 pandemic that anticipated the course of the disease, synthesized the complex challenges the country faced, illuminated the US government's failures and provided clear and accessible context for the scientific and human challenges it posed."

Emilio Morenatti of the Associated Press won the feature photography prize for his photos about how Spain's elderly struggled during the pandemic.

The Pulitzer Prizes award achievements in newspaper, magazine and online journalism, literature and musical composition within the United States. The prize was established in 1917 and is administered by the Columbia University. Public service award winners receive a gold medal and the other awards carry a prize of 15,000 US dollars each.