Death toll rises to 78 in US Florida building collapse 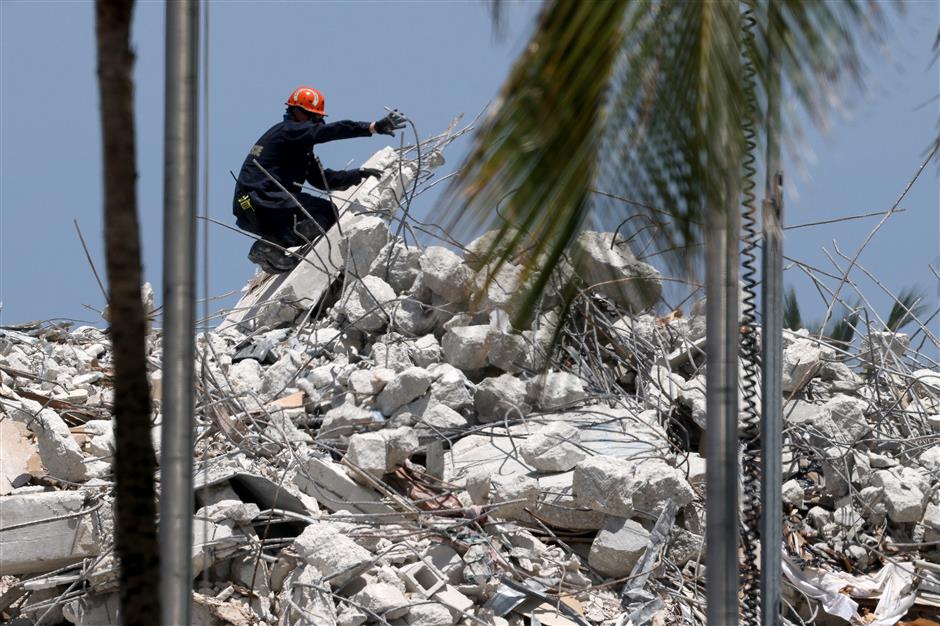 A rescue worker guides an excavator to dig through the remains from the collapsed 12-story Champlain Towers South condo building on July 9, 2021, in Surfside, Florida.

The confirmed death toll in the partial collapse of a 12-story residential building in Surfside, southeastern US state Florida, has risen to 78 after the remains of 14 more victims were found overnight in the rubble, authorities said on Friday.

Cava said among the dead, 47 have been identified.

The collapse occurred on June 24.

The way the building collapsed gave people inside the lowest probability of survival, Miami-Dade Fire Rescue Assistant Fire Chief of Operations Raide Jadallah said on Wednesday, describing it as a "pancake" collapse.

The beachside town, which sits around 9.6 km north of Miami Beach, has hired Allyn Kilsheimer of KCE Engineering, a structural engineering firm, to lead the investigation into what caused the collapse, according to local media reports.

Florida Governor Ron DeSantis said earlier this week that it was unclear whether flaws in the structure were unique to the building, its construction or maintenance. Also unclear are the implications of the collapse for new state regulations.