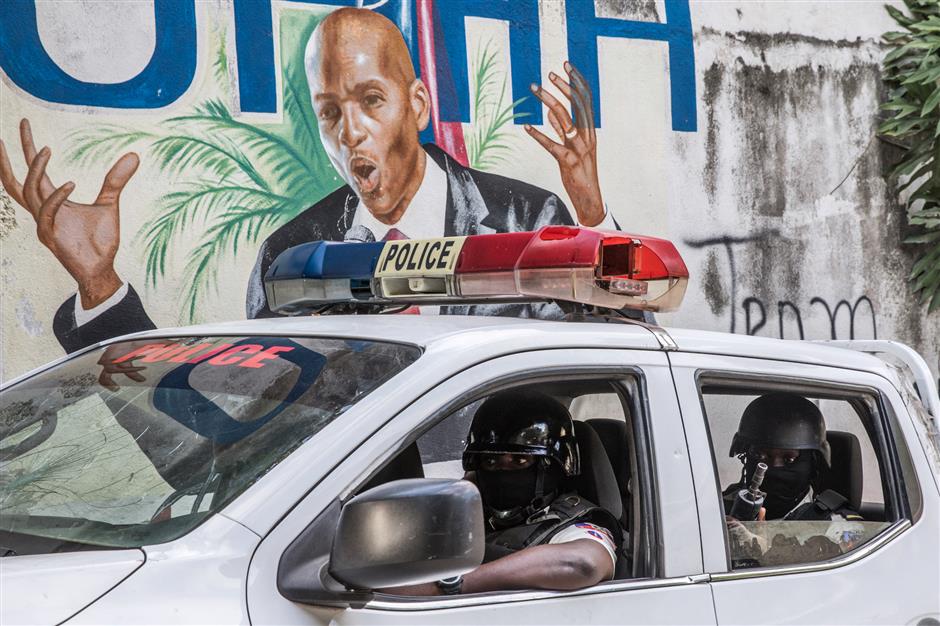 A police convoy drives past a wall painted with the president's image down the alley of the entrance to the residence of the president in Port-au-Prince on July 15, 2021.

A former official of the Haitian Ministry of Justice ordered the assassination of Haitian president Jovenel Moise, Colombian authorities said on Friday.

"Joseph Feliz Badio, who was an official of the Ministry of Justice and worked in the anti-corruption unit with the General Intelligence Service, tells Duberney Capador (former Colombian military officer) and German Rivera (ex-agent of the Colombian army) that what they have to do is to assassinate the president of Haiti," General Jorge Luis Vargas, director of the Colombian Police, said at a press conference.

Vargas said Badio had informed Capador and Rivera "apparently three days before" the operation that the order was not to arrest Moise, but to kill him.

On Thursday, Colombia's President Ivan Duque said former members of the Colombian military who participated in the killing will have to be tried by the Haitian judicial system.

Duque said his administration has been "collaborating" with Haitian authorities after a group of Colombian mercenaries took part in Moise's murder last week at his residence in Port-au-Prince.