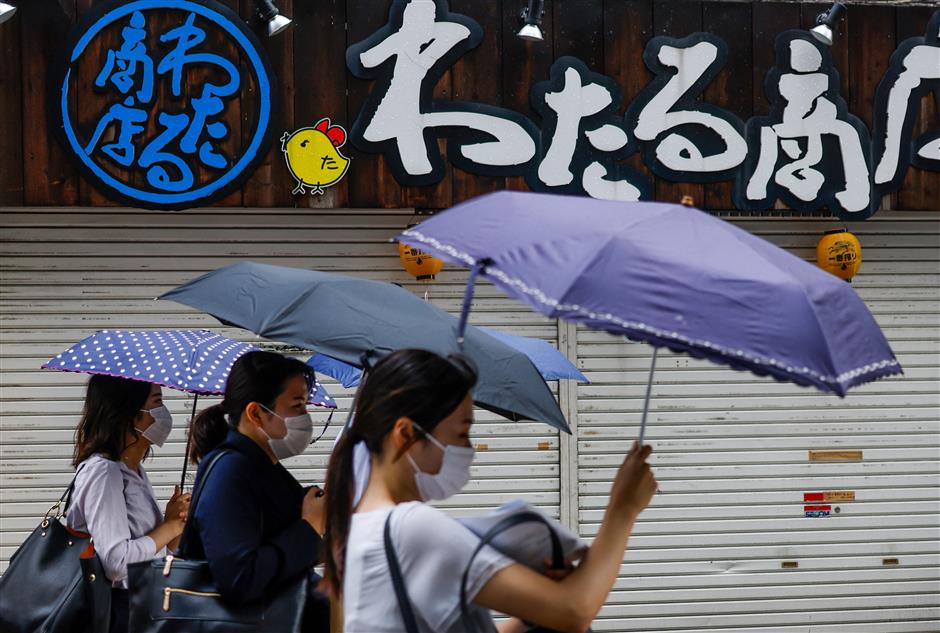 People shelter from the rain under umbrellas in Tokyo on July 27, 2021, as Tropical Storm Nepartak approached Japan's northeast coast.

The Japan Meteorological Agency said typhoon Nepartak has turned northward and made landfall on the Pacific coast of the northeastern Miyagi prefecture on Wednesday morning, veering off its primarily expected course toward the Tokyo area, local media reported Wednesday.

The season's eighth typhoon reached the nearby region of Ishinomaki shortly before 6am local time, bringing strong winds and high waves, but is projected to weaken into an extratropical cyclone later in the day as it crosses the northeast area and heads toward the Sea of Japan, according to the JMA.

Nepartak was moving north-northwest at about 30 kph with an atmospheric pressure of 994 hectopascals at its center, as the speed of winds reached up to 72 km per hour and maximum gusts of 108 km per hour, the JMA said. Meanwhile, winds of more than 54 km per hour are blowing within 500 km north and 390 km south of the center.

The typhoon is forecasted to bring rainfall of up to 100 millimeters in northeastern Japan over the next 24 hours, according to the JMA.

Typhoon Nepartak has a limited influence on Olympic games. One of women's soccer matches in Miyagi was held as scheduled on Tuesday though some rowing and archery events have been replanned.