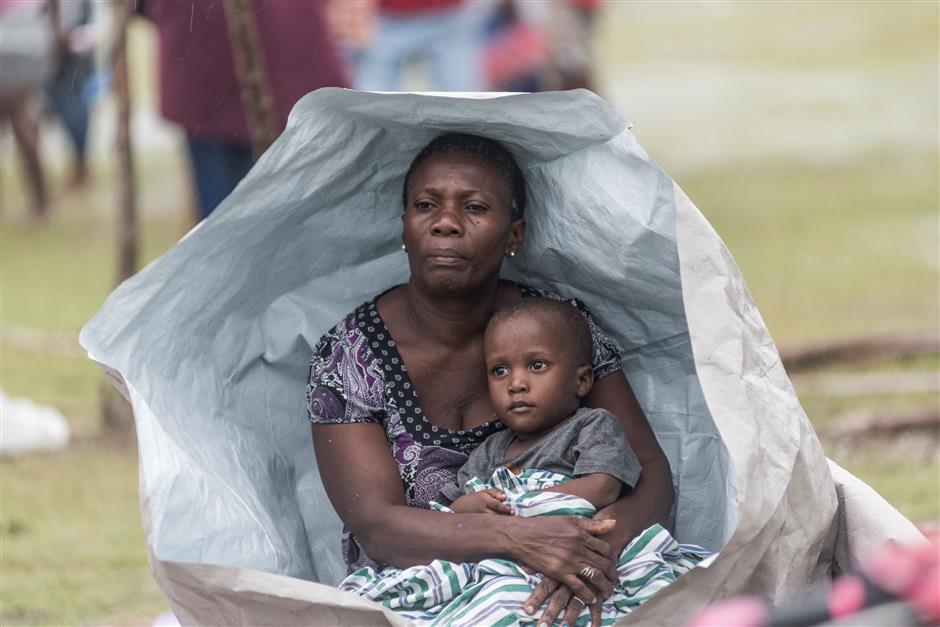 People gather after spending the night outside in the aftermath of the earthquake, facing the severe inclement weather of Tropical Storm Grace near Les Cayes, in Haiti on August 17, 2021.

The death toll from a powerful earthquake that struck southwest Haiti on Saturday climbed to 1,941, the Caribbean island's Civil Protection Agency reported on Tuesday.

The 7.2-magnitude quake also left more than 9,900 people injured, the agency said via Twitter, adding that rescue operations continue in the hardest-hit areas.

Most of the injuries took place in the South where more than 80 percent of fatalities were concentrated.

The earthquake was one of the strongest to ever hit the country, leaving numerous deaths and injuries in its wake, as well as destroyed houses and buildings, leading to the collapse of the island's hospital network.

According to the Civil Protection Agency, more than 84,000 homes were damaged or destroyed and some 60,000 people were displaced.

United Nations Secretary-General Antonio Guterres on Tuesday pledged the world body's support for Haiti in the aftermath of the massive earthquake.

"I have a message to the people of Haiti: you are not alone. We will stand by your side and support you every step of the way out of this crisis," Guterres said in a statement.