The ceremony, provided by the Academy of Television Arts and Sciences, was held at the Event Deck at L.A. Live in Downtown Los Angeles, California, with a limited in-person audience consisting only of nominees and guests due to the ongoing COVID-19 pandemic. It's one of the flagship US entertainment awards that honor the best in the country's primetime television programming.

"The Crown" chronicles the life of Britain's Queen Elizabeth II from the 1940s to the early 21st century. The historical drama dominated this year's drama categories with seven trophies. 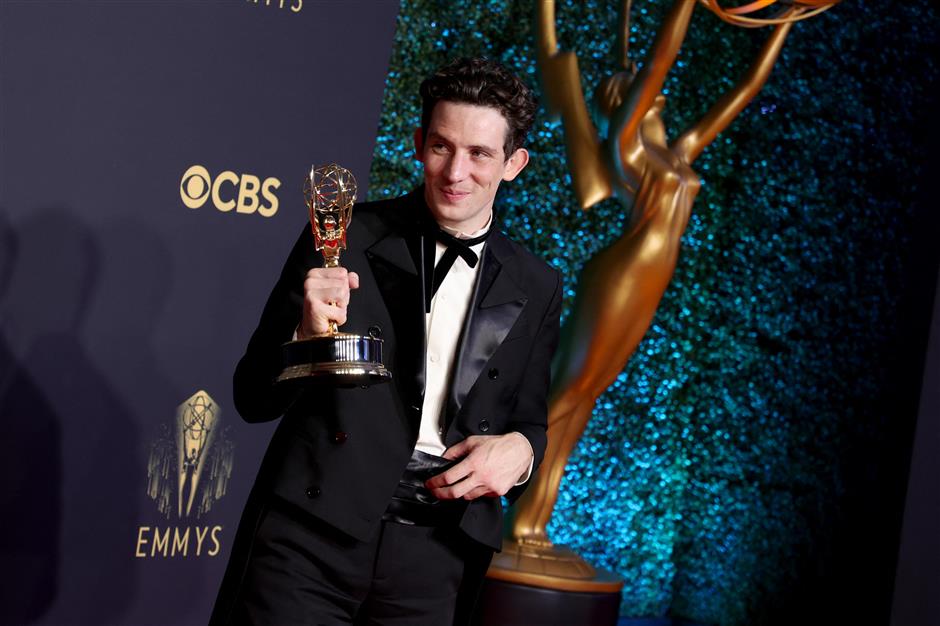 Josh O'Connor, winner of the Outstanding Lead Actor In A Drama Series award for "The Crown," poses in the press room during the 73rd Primetime Emmy Awards at L.A. LIVE on September 19, 2021 in Los Angeles, California.

"The Crown" took home the four major acting awards, including Olivia Colman and Josh O'Connor for lead actress and lead actor in a drama series. Colman and O'Connor played Queen Elizabeth II and Prince Charles on the fourth season of the drama series respectively.

Gillian Anderson and Tobias Menzies nabbed outstanding supporting actress and actor in a drama series for "The Crown."

"Ted Lasso" ruled the comedy categories with four nods, including Outstanding Comedy Series. The comedy series follows an American football coach who is hired to manage a British soccer team, despite having no experience coaching soccer.

Jean Smart won Outstanding Lead Actress in a Comedy Series for her role in HBO Max's "Hacks." This is the fourth Emmy of Smart's career.