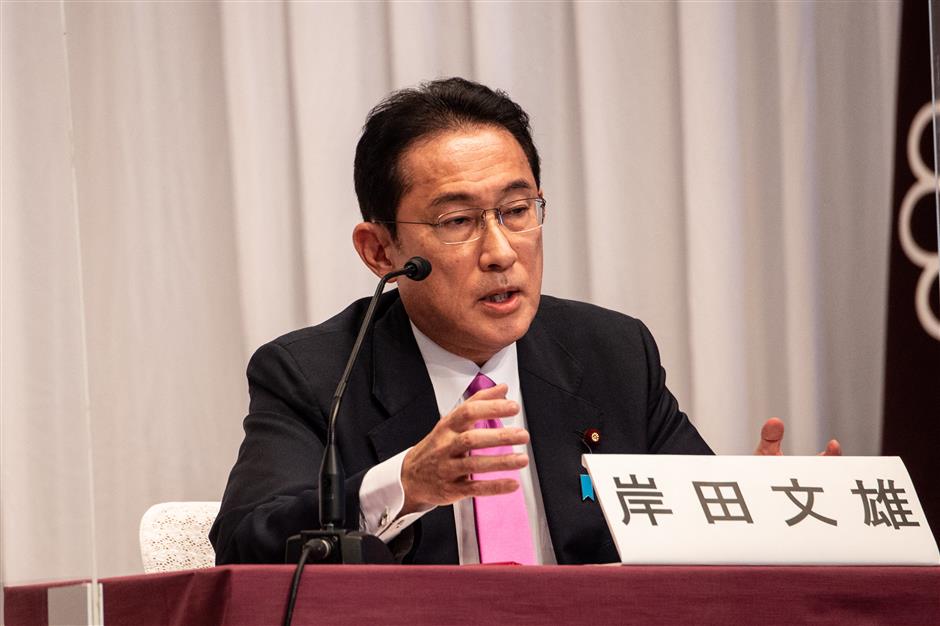 Kishida, former Japanese foreign minister, secured 257 votes in a runoff to win over his contender Taro Kono who received 170 votes.

As the LDP-led coalition constitutes a majority in both chambers of the parliament in Japan, the new party president is almost certain to be elected prime minister in the extraordinary Diet session scheduled to be held on October 4, succeeding the incumbent Suga.

In the first round of voting, LDP parliamentarians cast 382 votes and another 382 votes were allotted to rank-and-file members. Kishida, winning 256 votes, entered the runoff vote round with Kono trailing at 255 votes.

In the runoff voting, the LDP lawmakers cast the same number of votes, but the rank-and-file members' votes were reduced to one for each of the LDP's 47 prefectural chapters. With a dominant advantage in the votes from LDP parliamentarians, Kishida was elected as the new party leader.

Two female candidates, Sanae Takaichi, former communications minister, and Seiko Noda, LDP executive acting secretary-general, lost out in the four-way race in the first round of voting earlier in the afternoon.