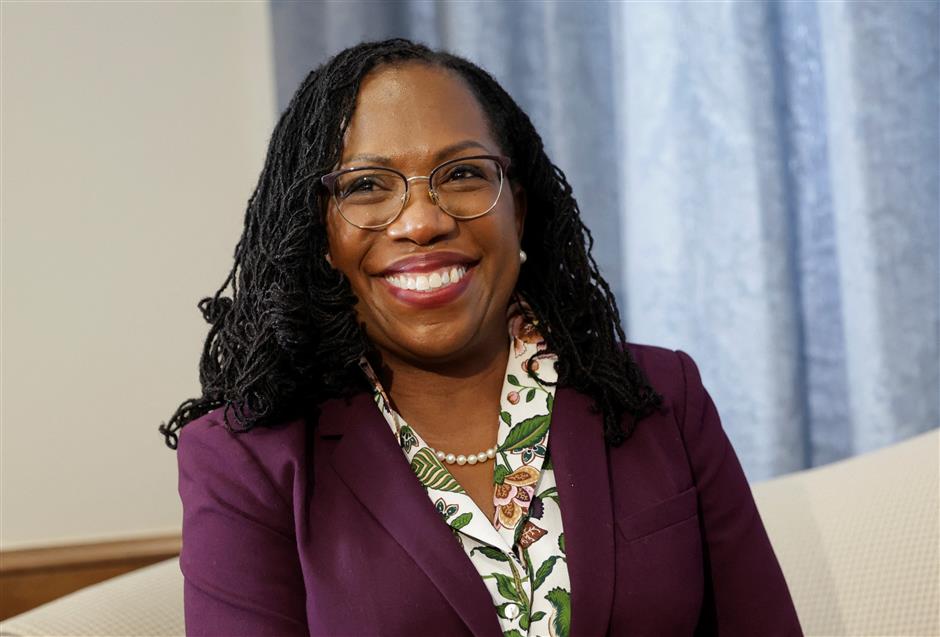 US senators voted on Monday to send the nomination of Judge Ketanji Brown Jackson to serve in the Supreme Court for floor debate and votes.

Three Republicans joined Democrats for a 53-47 vote to discharge Jackson's nomination to the full Senate after the Judiciary Committee deadlocked in their voting.

It was reportedly the first time the Senate had had to take the procedural step for a Supreme Court nominee since 1853.

Monday's vote put Jackson on track to be confirmed as the first African American female justice on the Supreme Court by the end of the week.

Senate Majority Leader and Democrat Charles Schumer is expected to tee up an initial vote on Jackson's nomination for Thursday.

Republicans in the upper chamber, most of whom have opposed her nomination, could delay a final vote until Friday.

Jackson, 51, was nominated by US President Joe Biden in late February to succeed liberal Supreme Court Justice Stephen Breyer, who is about to retire this summer.

Jackson is currently a judge on the US Court of Appeals for the DC Circuit, often referred to as the nation's second most powerful court.

The Supreme Court is the final appellate court of the US judicial system, with the power to review and overturn lower court decisions, and is also generally the final interpreter of federal law, including the country's constitution.

The justices have life tenure and can serve until they die, resign, retire, or are impeached and removed from office.