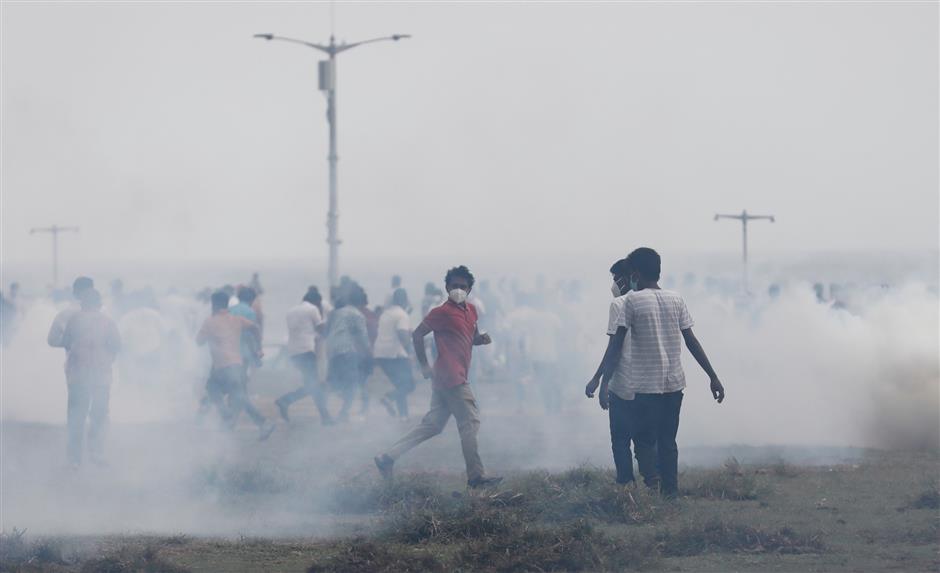 Supporters of Sri Lanka's ruling party run as riot police fire tear gas during a clash with anti-government demonstrators, amid the country's economic crisis, in Colombo, Sri Lanka, on Monday.

Sri Lankan Prime Minister Mahinda Rajapaksa on Monday said he has resigned from the post as violent protests broke out in the capital between his supporters and anti-government people.

The prime minister said in an official Twitter message that with immediate effect, he has tendered his resignation to President Gotabaya Rajapaksa.

Soon after the prime minister's resignation, some Cabinet ministers including the health minister also presented their resignations to the president.

During the day, a curfew was imposed in violent clashes among protesters and at least 80 people have been hospitalized, according to the Colombo National Hospital.

Sri Lanka has been facing political instability for weeks amid a severe economic crisis that has affected several sectors and created a shortage of basic essential supplies.