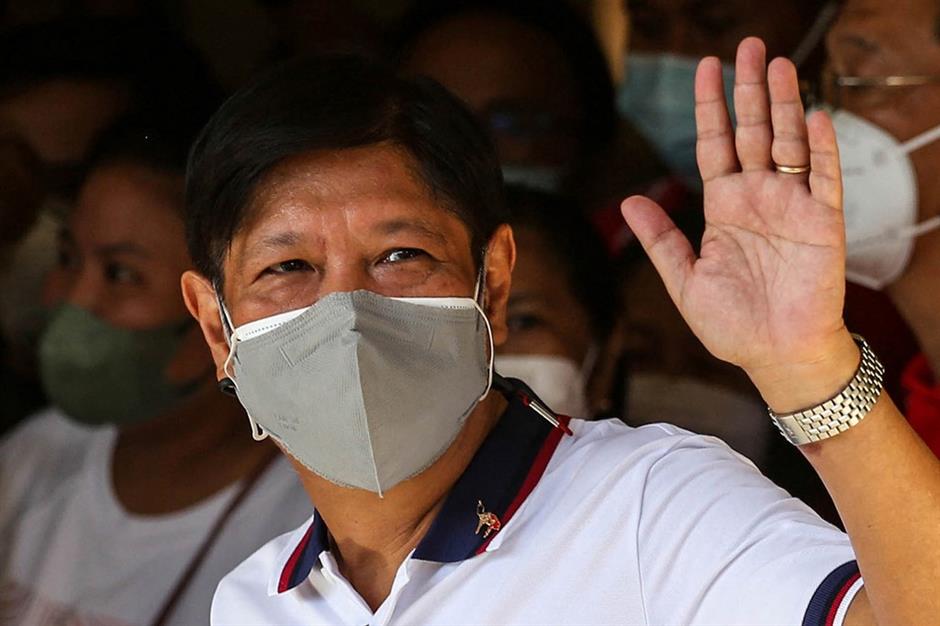 In a video message, Marcos, popularly knowns as Bongbong, thanked "all of those who have been with us in this long, sometimes very difficult journey for the last months."

"I want to thank you for all you have done for us. There are thousands of you out there, volunteers, parallel groups, political leaders, that cast their lot with us," he said.

The Commission on Elections, which will start counting the votes on Tuesday, has yet to release the official tally of the election. The poll body will only canvass votes of the senatorial candidates.

Congress will canvass the votes of presidential and vice-presidential candidates when it resumes session on May 23.

Filipinos voted to elect a new president, a new vice president, 12 of the 24-seat Senate, and over 300 members of the House of Representatives.

Poll body data showed that 65.7 million voters registered for the 2022 elections. Over 18,000 national and local positions are up for grabs.