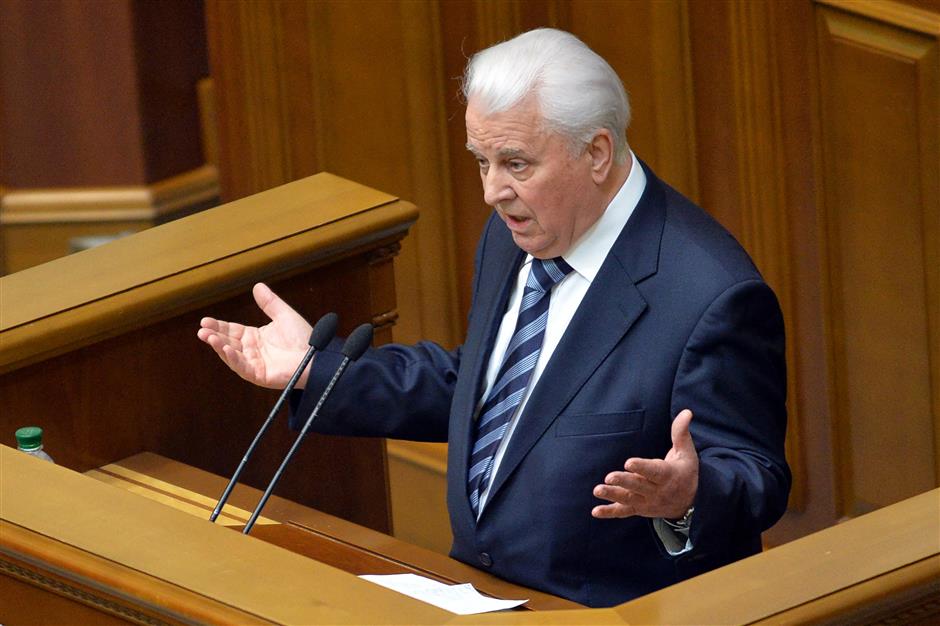 In this file photo taken on January 29, 2014, former Ukrainian President Leonid Kravchuk addresses deputies during an extraordinary session of the Ukrainian parliament in Kiev.

"Leonid Makarovych (Kravchuk) was a wise patriot of Ukraine, a truly historical figure in gaining our independence," Yermak wrote on Telegram.

Kravchuk served as Ukrainian president between December 1991 and July 1994. Later, he served as a member of the Ukrainian parliament and the leader of parliamentary group Social Democratic Party of Ukraine.

Kravchuk was also honorary president of the Ukraine-China Friendship Society.