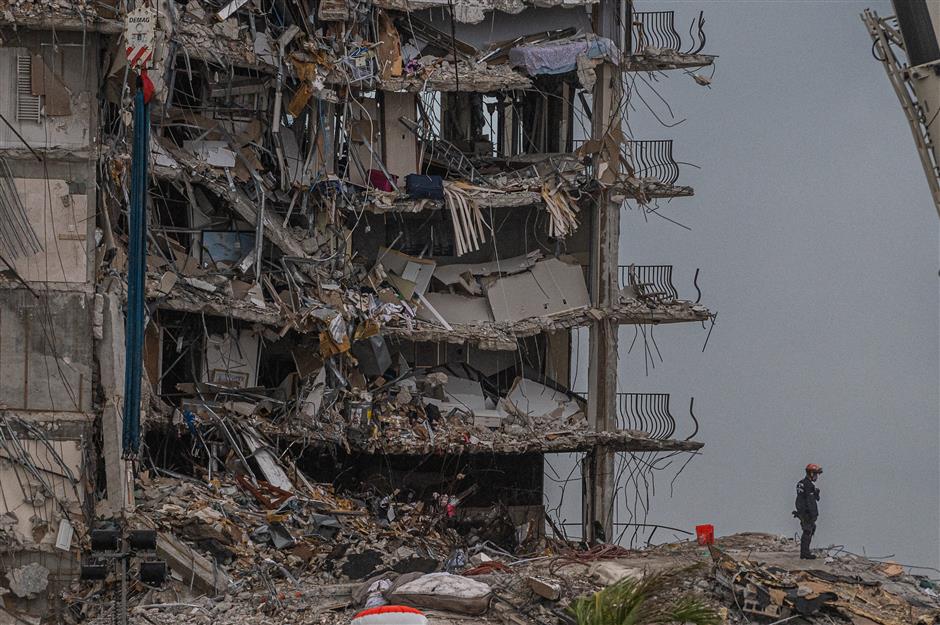 Survivors and families of people who died in last year's collapse of a beachfront condo building near Miami have reached a settlement of at least US$997 million, a lawyer for the plaintiffs said on Wednesday.

"The settlement right now is US$997 million. There will be approximately another US$200 million that we will recover for the victims," said attorney Carlos Silva.

Part of Champlain Towers South, a 12-story building built in 1981 in Surfside, a town north of Miami Beach, came tumbling down on June 24, 2021, as dozens of residents slept inside.

Except for a teenager rescued hours after the tower collapsed, search crews found no survivors in the rubble and soon focused on recovering human remains.

A total of 98 people died in the collapse, with the last body identified nearly a month later.

A final report on the causes of the collapse has not yet been issued, although preliminary findings showed some of the building's structures appeared degraded.

The settlement, announced on Wednesday in a Miami-Dade County court, resolves a class action lawsuit against multiple defendants, including the developers of a building next to Champlain Towers South.

The suit had claimed that vibrations from work on the adjacent site had contributed to the condo's collapse.

Harley Tropin, the plaintiffs' lawyer who presented the settlement agreement in court, praised it as bringing some degree of relief for survivors and the families of those who died.

"Although no amount of money will ever be enough to compensate them, we hope the closing of the legal chapter of this catastrophe will bring the victims some measure of solace," Tropin said.

The Florida judge handling the case, Michael Hanzman, had already approved a US$83 million settlement last March, but that only compensated the owners of condos in the building and not families of the deceased.