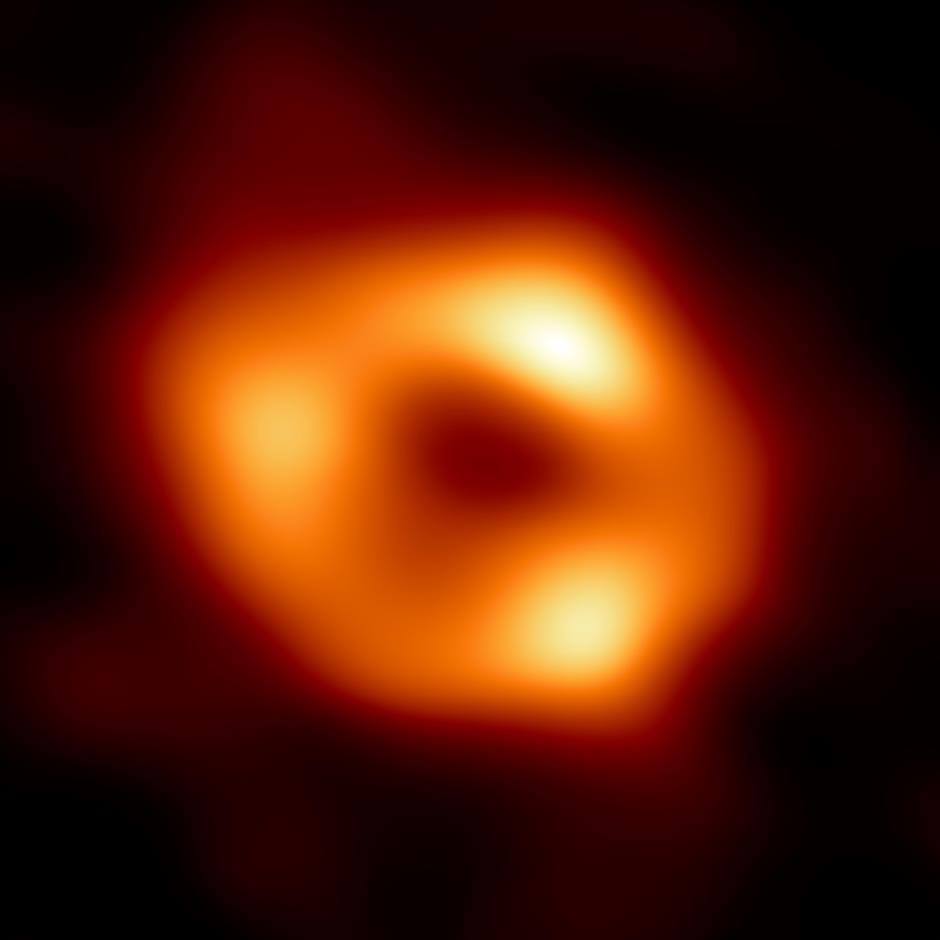 Astronomers revealed the first image of the supermassive black hole at the center of the Milky Way galaxy on Thursday.

The image was produced by a global research team called the Event Horizon Telescope (EHT), using observations from a worldwide network of radio telescopes.

It is the first direct visual evidence confirming the presence of the black hole, known as Sagittarius A*, at the center of the Milky Way, said the US National Science Foundation in a release.

The black hole is about 27,000 light-years away from Earth, and 4 million times more massive than the Sun, according to the astronomers.

"We were stunned by how well the size of the ring agreed with predictions from Einstein's Theory of General Relativity," said EHT Project Scientist Geoffrey Bower.

"These unprecedented observations have greatly improved our understanding of what happens at the very center of our galaxy and offer new insights on how these giant black holes interact with their surroundings," Bower said.