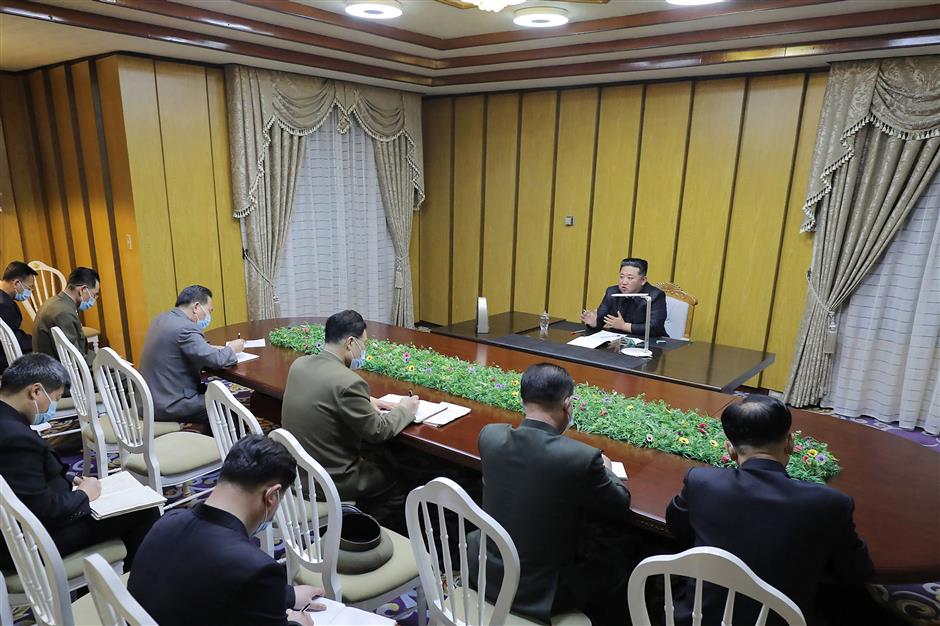 A fever whose cause couldn't be identified explosively spread nationwide from late April, and more than 350,000 people got fever "in a short span of time" and at least 162,200 of them recovered completely.

On Thursday alone, some 18,000 persons with fever occurred nationwide. So far, up to 187,800 people are being isolated and treated, with six dead (one of them tested positive for the BA.2 sub-variant of Omicron), it said.

"The simultaneous spread of fever with the capital area as a center shows that there is a vulnerable point in the epidemic prevention system we have already established," Kim was quoted as saying.

"It is the most important challenge and supreme tasks facing our Party to reverse the immediate public health crisis situation at an early date, restore the stability of epidemic prevention and protect the health and wellbeing of our people," he said.

The official news agency reported Thursday that samples taken from patients with fever in Pyongyang on Sunday were "consistent with" the virus' highly transmissible Omicron variant.

The DPRK has taken strict measures to ward off the virus by closing its borders soon after the outbreak of the pandemic, and had not confirmed a single case until Thursday.