The event's theme "Shining a Light" was emblematic of award winners' leadership and innovation. 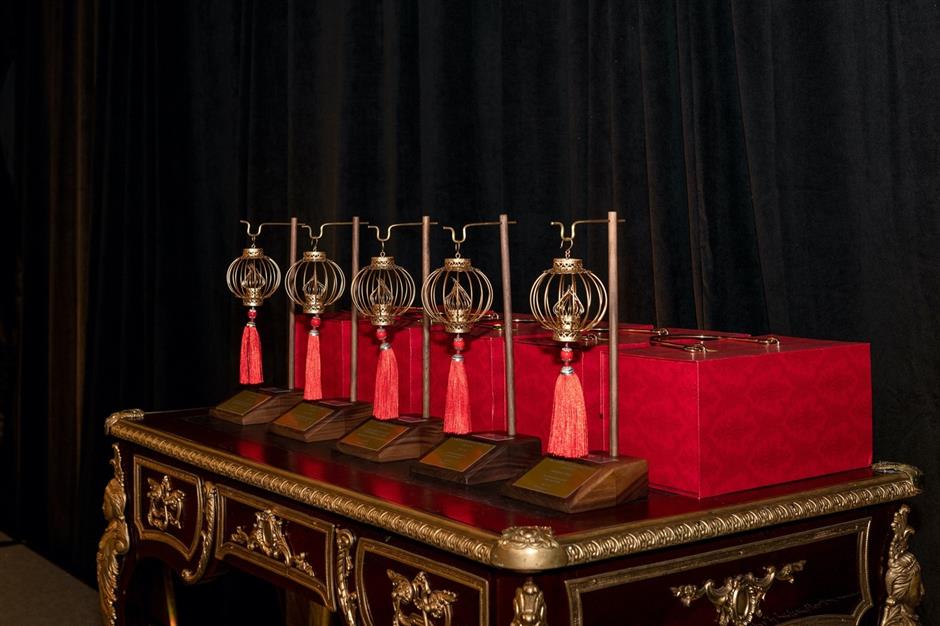 On May 3, awards were presented to five people – Grace Young, Christopher Tin, Mei Xu and married couple of Andrew and Peggy Cherng.

Young is an award-winning cookbook author, culinary historian, filmmaker and social activist. Her video series "Coronavirus: Chinatown Stories," which documents the COVID-19 pandemic toll on New York City's Chinese community, has been shown at the Smithsonian and was nominated for an International Association of Culinary Professionals digital media award.

In 2020 she partnered with the James Beard Foundation on an Instagram campaign to save Chinese restaurants. 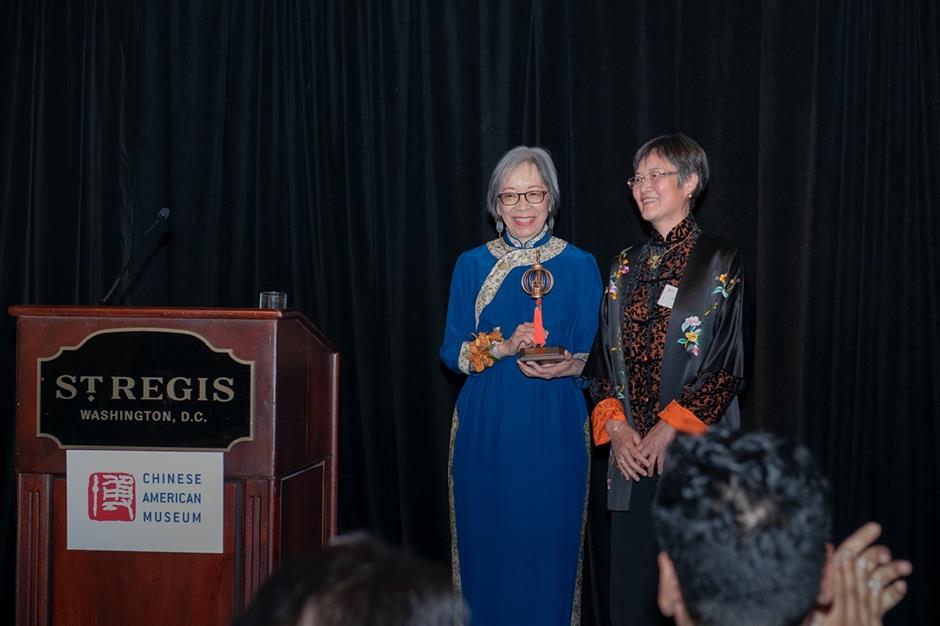 Grace Young (left) is presented an award by Jenny Liu, curator of the Chinese American Museum, on May 3.

Tin is a composer who has won two Grammy Awards. He is known for his choral piece Baba Yetu from the video game "Civilization IV," which was the first song ever written for a video game to win a Grammy in 2011. That award was considered a significant milestone for the critical acceptance of music from video games as a legitimate art form.

Xu is founder and chief executive officer of three global companies: Yes She May, BlissLiving Home and Chesapeake Bay Candle.

Her business achievements have been widely recognized, and her honors include Politico's 2019 Woman of Impact Award, Smart CEO's Brava Award and the Asian American Chamber of Commerce's Business Leader of the Year Award. 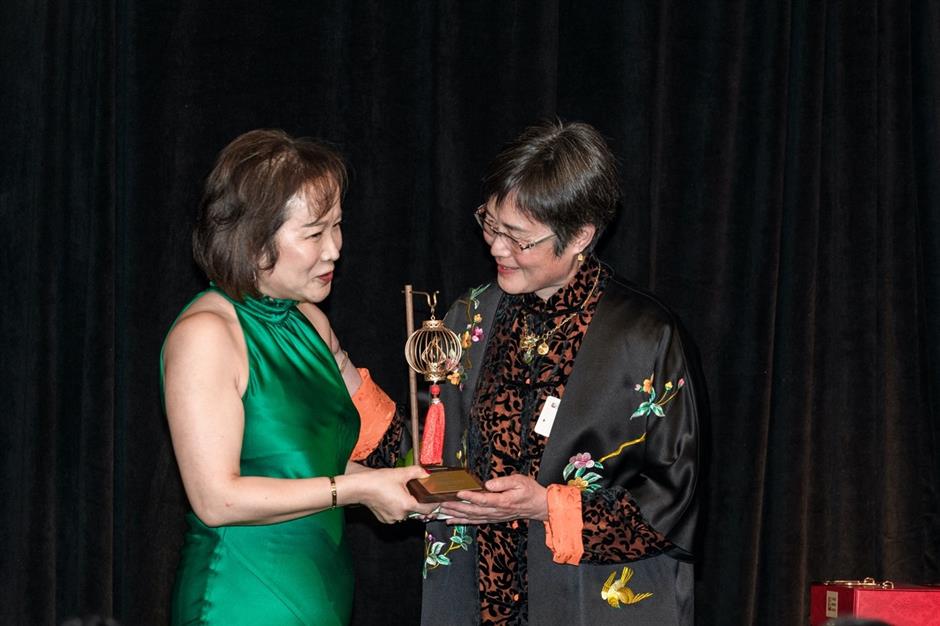 The Cherngs are co-founders of Chinese fast food chain Panda Express, which has more than 2,200 outlets. They lead a community-care fund, which has donated millions of dollars to tackle food shortages caused by the pandemic.

CCACC is a nonprofit in Maryland serving the Chinese-American community and building bridges for cultural exchanges.

Pan has partnered with key community leaders to work with health clinics, pro bono physicians, university researchers and advocates and promote better understanding of hepatitis B, C, and HIV.

Chung's organization is dedicated to supporting immigrants with essential skills that enable them to be independent and successful contributors to the community.

Jenny Liu, curator of the Chinese American Museum, said at the ceremony that Chinese immigrants across the globe are integrating into societies where they live and making contributions to their communities. They create value with their diligence and help with community diversification and sustainable development.

Many pioneers have worked to protect the civil and political rights of Chinese Americans, promote social equality and justice, and lead the development of Chinese-American communities. The Gold Lantern Awards aim to show respect and gratitude to these people, Liu said. 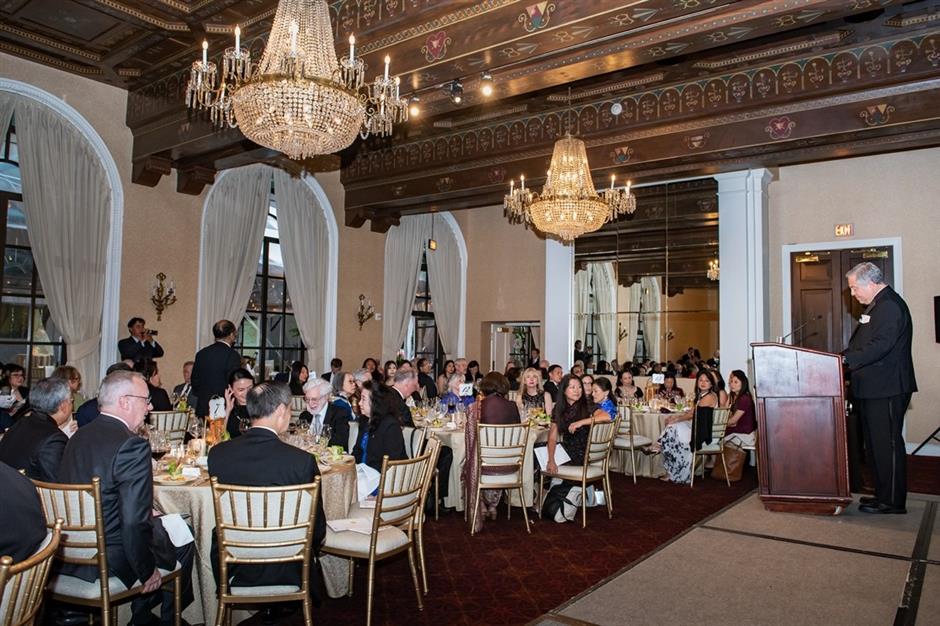