US reopens embassy in Ukraine after 3-month closure 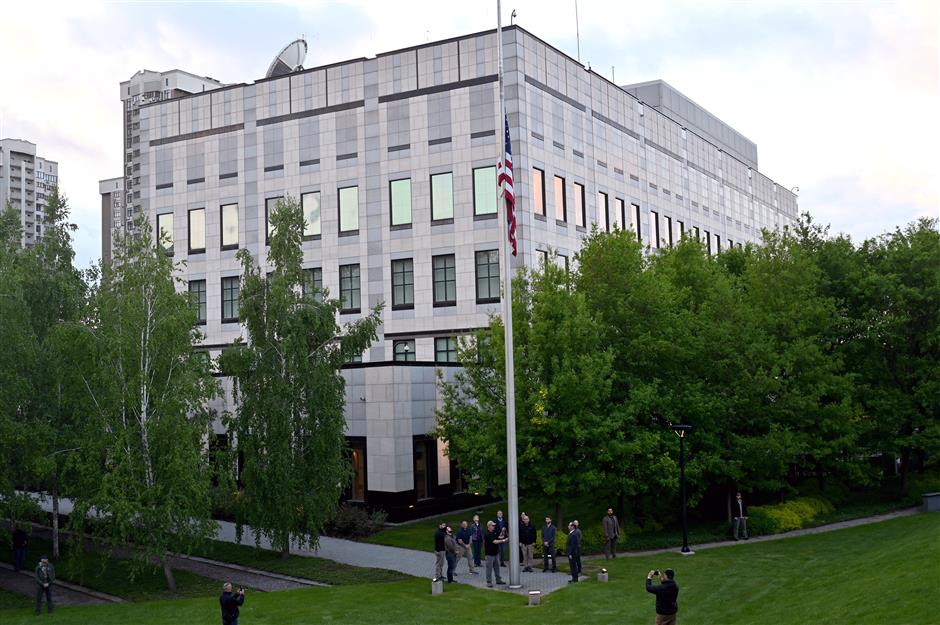 Employees rise up the US flag outside the US embassy in Kiev on May 18, 2022.

The United States reopened its embassy in Ukraine, Secretary of State Antony Blinken said on Wednesday, three months after it ceased operation in anticipation that Russia would launch a military operation in the country.

"Today we are officially resuming operations at the US Embassy in Kyiv," Blinken said in a statement posted on the State Department's website. Kyiv is the Romanized spelling of Ukraine's capital city based on the Ukrainian language.

The secretary said the United States will "continue to support the government and people of Ukraine as they defend their country" in the ongoing war with Russia.

The United States, Blinken said, has taken "additional measures to increase the safety of our colleagues who are returning to Kyiv and (we) have enhanced our security measures and protocols."

The US embassy in Ukraine closed on February 14, 10 days before Russia launched the special military operation in the country.

The United States began evacuating its embassy staff on February 12. State Department personnel first relocated to the western Ukrainian city of Lviv, and then left the country after Russian forces entered Ukraine to conduct the military operation.