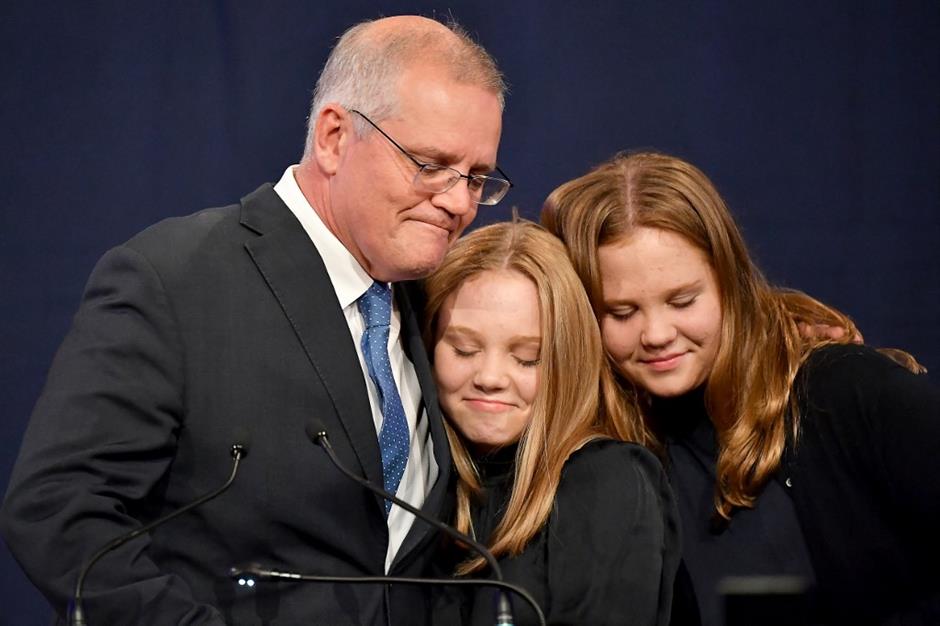 Australia's Prime Minister Scott Morrison gives a hug to his daughters Lily (C) and Abbey following the results of the federal election during the Liberal Party election night event in Sydney on May 21, 2022.

He said in a speech on Saturday night that he has spoken to the Opposition leader Anthony Albanese and congratulated him on his election victory.

The Australian Broadcasting Corporation (ABC) on Saturday night projected Labor will form government for the first time since 2013, with Albanese to become the country's 31st prime minister.

The result marks an end to the Coalition's nearly-nine-year hold on power and Morrison's tenure as prime minister.

Describing the night as "difficult", Morrison said that he'll step down as leader of the Liberal Party.

"I will be handing over the leadership at the next party room meeting to ensure the party can be taken forward under new leadership, which is the appropriate thing to do," he said.