Over 40 people found dead inside 18-wheeler in Texas 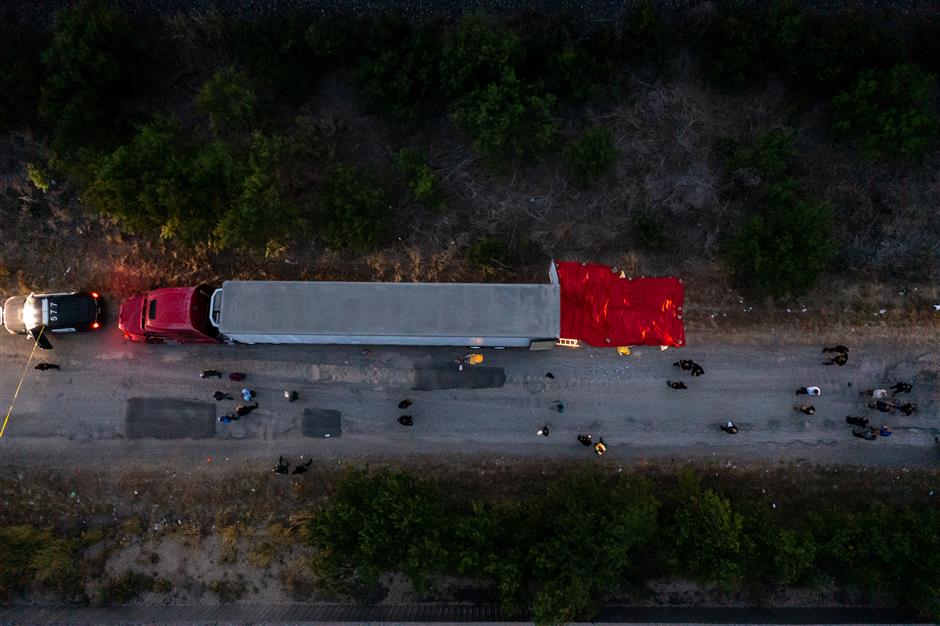 In this aerial view, members of law enforcement investigate a tractor-trailer on June 27, 2022, in San Antonio, Texas.

More than 40 people were found dead on Monday inside a tractor-trailer in San Antonio, US state of Texas, local media reported.

The truck was found next to railroad tracks in a remote area on the city's southern outskirts, according to the reports.

About 15 others were rescued and transported to area hospitals. At least five of them were in critical conditions, said the reports.