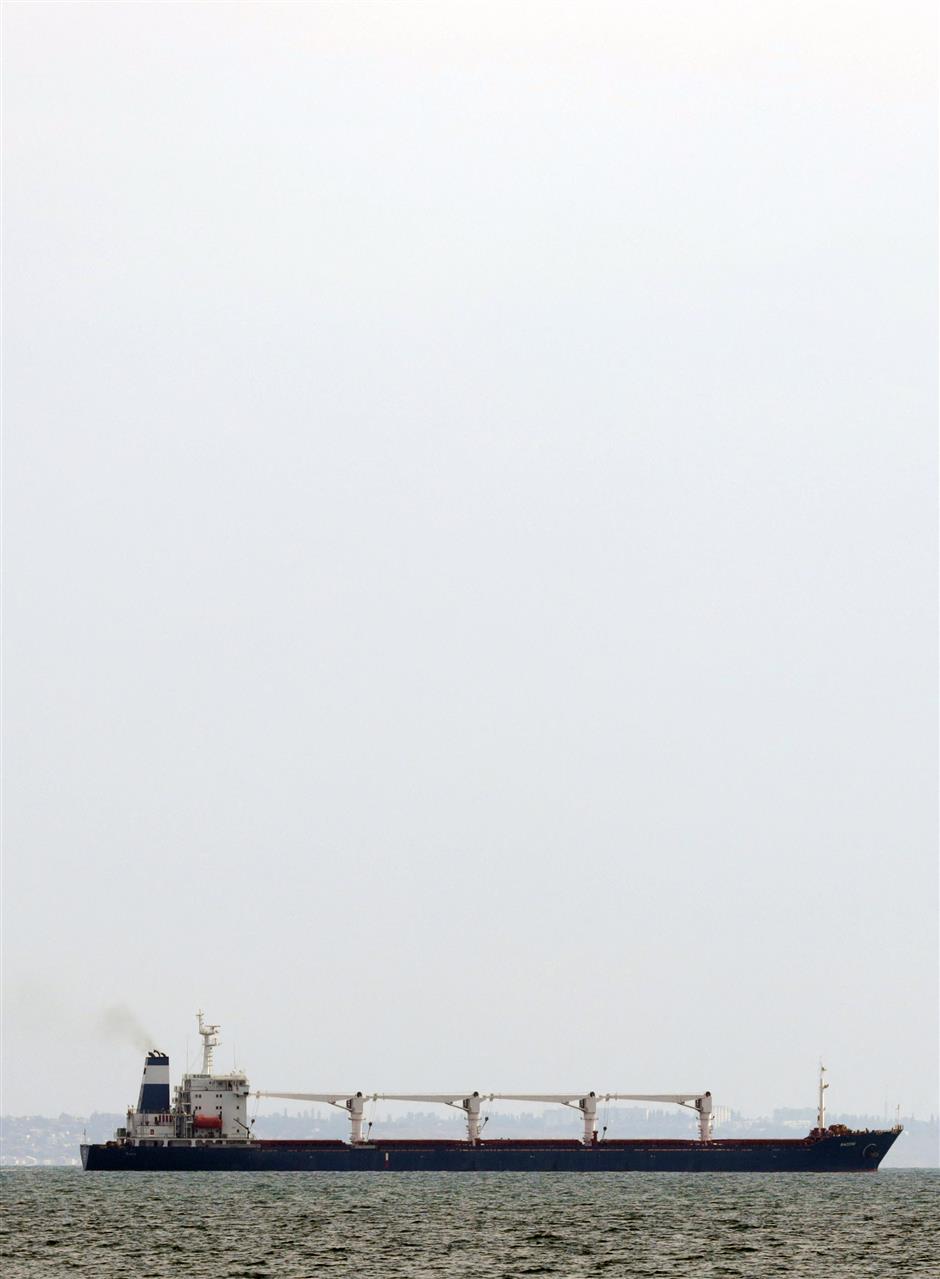 The vessel Razoni under the flag of Sierra Leone carrying 26,000 tons of corn is bound for the port of Tripoli in Lebanon, Kubrakov wrote on Facebook.

He said the ship will move along a maritime corridor, the security of which was guaranteed by Türkiye and the United Nations (UN).

The resumption of Ukraine's grain exports would help to prevent a global food crisis, contribute at least 1 billion US dollars to the Ukrainian economy and pave the way for the country's farmers to prepare for next year's sowing campaign, Kubrakov said.

The cargo ship will first reach Istanbul in Türkiye for inspection on Tuesday, where it will be inspected by a joint monitoring center according to an agreement that Russia and Ukraine made with Türkiye and the United Nations, the Turkish Defense Ministry said in a statement Monday.

Following Razoni, other convoys will set off from the Ukrainian port of Odesa, the Turkish Defense Ministry said.

Türkiye inaugurated the Joint Coordination Center in Istanbul last week to monitor the implementation of the grain shipment process. The center consists of 20 representatives from Russia, Ukraine, Türkiye and the United Nations, with five from each party.

The Black Sea Grain Initiative, signed by Russia and Ukraine with Türkiye under the UN, would allow significant volumes of food and fertilizer exports from three key Ukrainian ports in the Black Sea, namely Odesa, Chernomorsk and Yuzhny.

The deal aims to ensure the safe passage for ships carrying grain to world markets amid concerns about food shortages due to the prolonged crisis in Ukraine. Russia and Ukraine are major global wheat suppliers. Ukrainian President Volodymyr Zelensky said the deal will enable Ukraine to export 20 million tons of last year's grain harvest and part of this year's harvest.