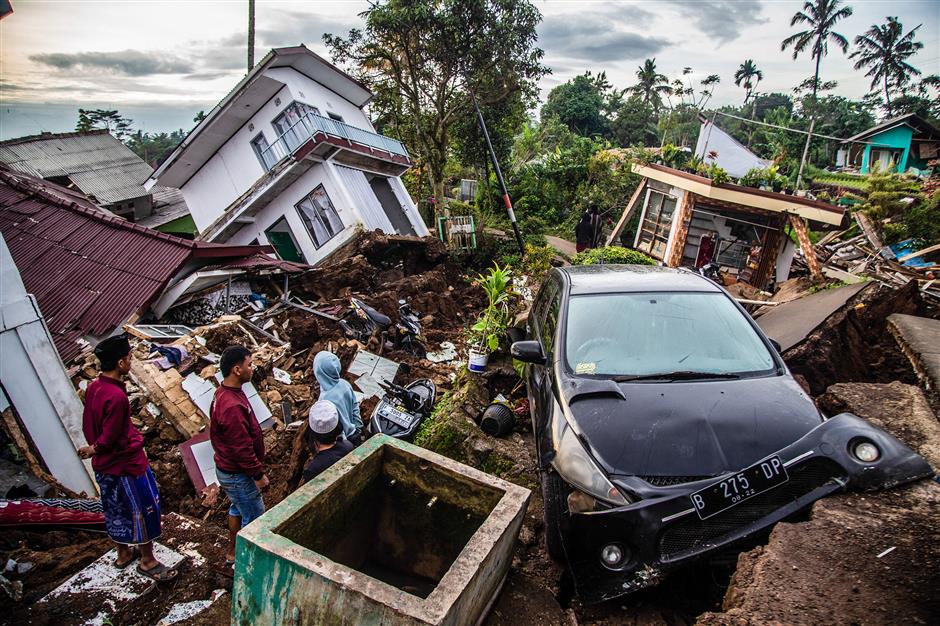 Villagers salvage items from damaged houses following a 5.6-magnitude earthquake that killed at least 162 people, with hundreds injured and others missing in Cianjur on November 22, 2022.

The death toll of Monday's earthquake in west Indonesia has jumped to 268 and 151 others are still missing, a local official said on Tuesday.

"The number of the death toll has reached 268 people now," Head of the National Disaster Management Agency Suharyanto told a press conference.

The 5.6-magnitude quake which hit Indonesia's West Java province on Monday also left 1,083 people injured and forced 58,362 others to flee home as the tremors of the quake destroyed over 21,000 houses and infrastructure facilities, he said.

Search and rescue operations for the quake victims is still underway, Suharyanto said.

Earlier on Tuesday, Indonesian President Joko Widodo asked authorities to prioritize the operation and to rescue the victims first.

The government would compensate the houses damaged by the tremors, ranging from about 10 million rupiahs to 50 million rupiahs, the president said when visiting the quake-affected areas.

Widodo stressed that the new houses to be built must be able to resist the earthquake tremors.

The quake struck at 13:21 Jakarta time (0621 GMT) on Monday with the epicenter at 10 km southwest of the district of Cianjur in West Java province, and a depth of 10 km, the meteorological, climatological and geophysical agency said. (1 U.S. dollar equals 2,005 rupiah)