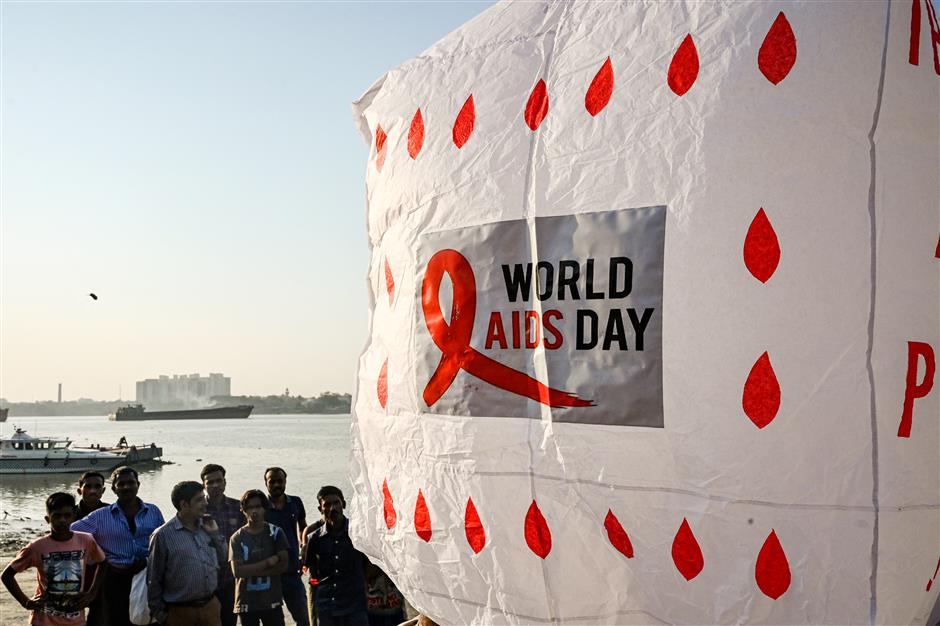 Social activists prepare to release a traditional hot air balloon to create awareness about HIV AIDS on the eve of "World AIDS Day" in Kolkata on November 30, 2022.

UN General Assembly President Csaba Korosi on Wednesday called for action as the goal to end AIDS by 2030 is "badly off track."

In a message for World AIDS Day, which falls on December 1, Korosi said the goal to end AIDS by 2030 is badly off track, as "inequalities, discrimination, and disregard for human rights are hampering our progress."

"We must address these challenges that have kept HIV/AIDS as a global health crisis for more than 40 years," he said.

There is a science-based path to ending AIDS, but regrettably, it is not available to all, he said.

If the international community acts, 3.6 million new HIV infections and 1.7 million AIDS-related deaths will be prevented this decade, he said.

The General Assembly's 2021 Political Declaration on AIDS features global commitments and targets for 2025 that are ambitious, but achievable for governments and communities, said Korosi, calling on all member states and stakeholders to renew their political and financial commitments to ending AIDS.

"We must ensure universal access to evidence-informed services, such as testing and treatment, as well as global cooperation on new technologies," he said.

International solidarity in the form of sustainable funding is also crucially needed. If efforts are made to equalize, the world will get back on track to leave no one behind, he said. "The AIDS crisis is ripe for solutions based on science, solidarity and sustainability. I invite everyone to join the call and to take action."