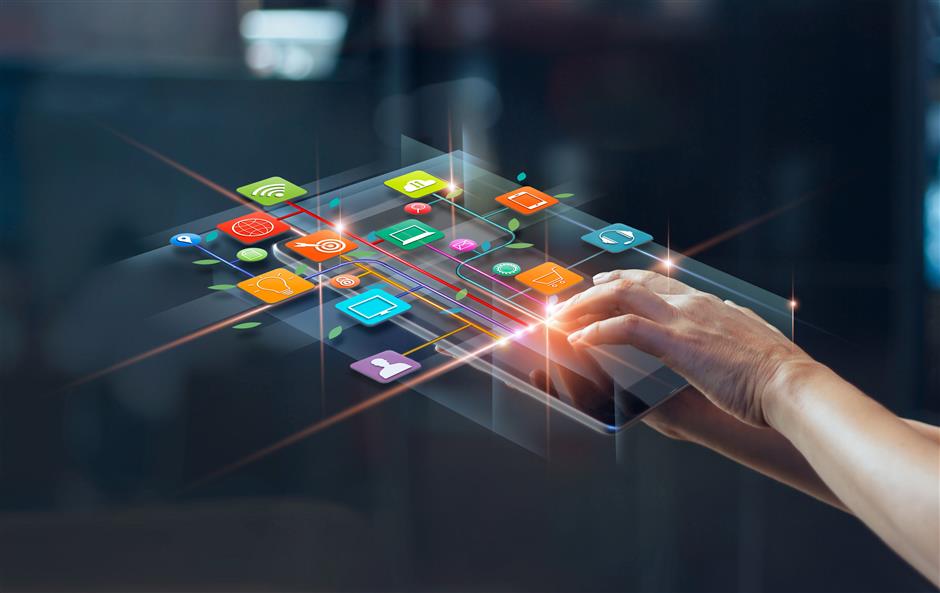 Digitalization is one of the hottest buzzwords of late, as company executives are fixated on how their businesses can become digitalized.

According to Eric Schaeffer, senior managing director of Accenture, this is already happening and executives the world over are leveraging digitalization to push for improvements on efficiency and management.

Speaking at a roundtable during the recent Shanghai Forum, held by Fudan University and the Korea Foundation for Advanced Studies, Schaeffer said many digital-savvy companies are reinventing their products and services to make them more “intelligent.”

Part of the reason, said the leader of Accenture’s Products Industry X.0 practice, is that consumers, firms and markets are demanding more of the type of user experience that transcends a product’s role in value creation.

For centuries, a product’s sale marked the end of its value chain, from the sourcing of raw materials to assembling of finished parts, but this routine is about to experience a tectonic tilt toward a new product world where traditional product-making businesses will need to apply much more fluid business practices if they want to survive, said Schaeffer.

Drawing on his experience in industries including the manufacture of cars and industrial equipment, Schaeffer said these sectors are undergoing a systemic transition to stay competitive in what he called the “post-digitalization era.”

“By ‘post-digitalization’ I don’t mean digitalization is past its prime,” said Schaeffer. “It’s just that digitalization alone is no longer a comparative edge, because it is on the agenda of almost everyone.”

A hallmark of this coming era of post-digitalization, in his opinion, is a dwindling role of the manufacture of products in the overall industrial value chain, as this process cedes ground to emerging factors such as the platform, service providers and software designers.

Together, they have moved up the value chain in terms of their contribution to making smart, connected products, Schaeffer noted. The veteran French pioneer of industrial digitalization has laid out his argument in a book he co-authored with David Sovie, entitled “Reinventing the Product: How to Transform your Business and Create Value in the Digital Age.”

The key thesis of his book is that day-to-day products, ranging from a printer to industrial machines, from an airplane engine to medical equipment, will become self-adaptive as they are increasingly integrated with software and underlying IT infrastructure, exchanging millions of gigabytes of data in a split second. The constant interaction will turn an originally lifeless, stand-alone product into a “living” product capable of reacting automatically to surrounding environments, making decisions and “communicating” with other players in a collaborate network — or as is now better known — “ecosystem.”

“In the future, products will be reinvented and reconfigured,” said Schaeffer. “This means hardware or the product itself will only be the basics.”

Creation of value will, to a large extent, depend more on software.

He cited the example of Tesla, saying that Tesla is an “evergreen tree” as the in-car software updates itself in a ceaseless cycle, receiving upgrades and delivering the most up-to-date functions and “experience” to users.

“This is a fundamental change,” Schaeffer claimed.

Waves of innovation led by Tesla and other poster boys of digitalization are also redefining the value composition of industrial goods.

In addition to features like connectedness based on the practicality of everyday life, enhanced user experience is also deemed central to the rebirth of mundane industrial products.

The Michelin tire company is an example. Built-in sensors in tyres from Michelin are the underpinnings of the company’s new strategy of “tire as a service.”

Michelin monitors its tires’ performance in whatever weather and road conditions through data transmitted via the Internet of Things.

The followup analysis enables it to forecast potential glitches and send in service staff before a major breakdown. This is a way of ensuring its tyres are “invariably at their best.”

“This is how they turn tyres into a service,” said Schaeffer. “The company also cooperates with other suppliers to help cut fuel costs.”

Through digitalization, Michelin has turned a product into not just a service, but also a part of an ecosystem, a platform for products from other stakeholders. “What used to be at the heart of an ecosystem may now find itself on the periphery,” said Schaeffer.

Special Reports
ADVERTISEMENT
61901
,
New thinking needed in tackling our water issues
Green markets are not enough to save us from crisis
Shanghai, let's make sleep our superpower
What?! Is buying a cat in Shanghai really that expensive?!
Communication is at the roots of understanding
Double standards of Western 'preachers' and the nefarious intentions behind them
Get over yourself and say 'yes' to pleasure
Living like a local: the German artist and her century-old traditional Shanghai home
'State's children' a model of national unity
Simple tips for leading a quality and low-carbon life
EXPLORE SHINE