The integration of the Yangtze River Delta region has been a trending topic among scholars.

Experts attending a seminar at Shanghai Normal University have discussed how this region, home to 150 million people, can be better integrated.

Xu Jian, deputy director of the Institute of Art and Humanities at Shanghai Jiao Tong University, said that the principal goal of regional integration is to remove administrative barriers between cities and provinces that hamper the flow of goods, people, capital and ideas.

Authorities ought to take a holistic approach to allocating resources such as talent and capital, so as to reduce production, transaction and financing costs.

“This is the type of regional integration we should aim for,” said Xu.

The expert also noted that the regional culture, often referred to as Jiangnan culture, could inspire efforts to drive integration.

In his opinion, the delta has been an economic and cultural stronghold since the Tang Dynasty (618-907), with Jiangnan culture passed down over centuries in ever richer forms.

The reasons he cited are mainly twofold.

The delta has been a cradle of commerce and trade since time immemorial. Starting from the Ming Dynasty (1368- 1644), early forms of modern business germinated in this area, giving rise to nine commercial cities including Hangzhou, Suzhou and Wuxi.

A few of them came to dominate a whole sector. Huzhou, a city in Zhejiang Province, became known for its silk and handmade ink brushes. And in the late 19th century, Shanghai began to emerge as a coastal hub linking trade from northern and southern China.

The birth of commercialism, together with an entrepreneurial spirit, was conducive to the formation of a marketplace enabling free trade. “Business served as the best cohesive that glued together distinct localities,” said Xu.

A united market is one precondition for regional integration. Another is the high premium historically placed on contracts. He cited anthropological research indicating that a large quantity of centuries-old deeds and contracts are still kept in good order in a village in Zhejiang Province.

“The importance attached to contracts is evidently something ingrained in the minds of the delta’s residents since days of yore,” said Xu.

In his speech, Zhang Xueliang, vice dean of the School of Urban and Regional Studies at Shanghai University of Finance & Economics, highlighted the delta’s economic significance.

With an annual output of US$3 trillion, he suggested that the region ranks as the fifth or sixth largest city cluster in the world, after the Bay Area in the US and the coastal areas surrounding Metropolitan Tokyo.

While this huge contribution merits accolades, it actually pales in comparison to major city clusters in the world.

With roughly a tenth of China’s population, the Yangtze River Delta represents 20 percent of the national economy, whereas the Tokyo Bay Area could generate as much as 40 percent of Japan’s GDP, said Zhang.

Considering that 60 percent of the world’s economic activity takes place in coastal areas, he foresees “plenty of room” for the Yangtze River Delta to grow in population size and economic activity.

The delta also sets itself apart from other city clusters around the country as its growth model more or less fits a historical pattern, whereby market forces played a decisive role, with government providing guidance and support.

According to Zhang, the different growth models that appeared in this region since China’s reform and opening-up — such as the Suzhou model, Wenzhou model, Pudong model — are essentially an exploration of the interplay between the government and private sector.

Even in the imperial era, booming commerce in the region determined that the authorities curb their official whims, and desisted from meddling in the economy.

“A positive relationship between officialdom and businesses has always been there,” Zhang said.

Apart from this, Jiangnan culture can also lend itself to the drive to compete with domestic and even international city clusters.

It took the Yangtze River Delta well over a decade to catch up with the Pearl River Delta, which was at the vanguard of China’s reform and opening-up that began in the early 1980s.

“That catch-up mentality intrinsic to Jiangnan culture is very much alive today,” said Zhang. “It will propel the delta to benchmark Western front-runners and aim for even bolder growth targets.” 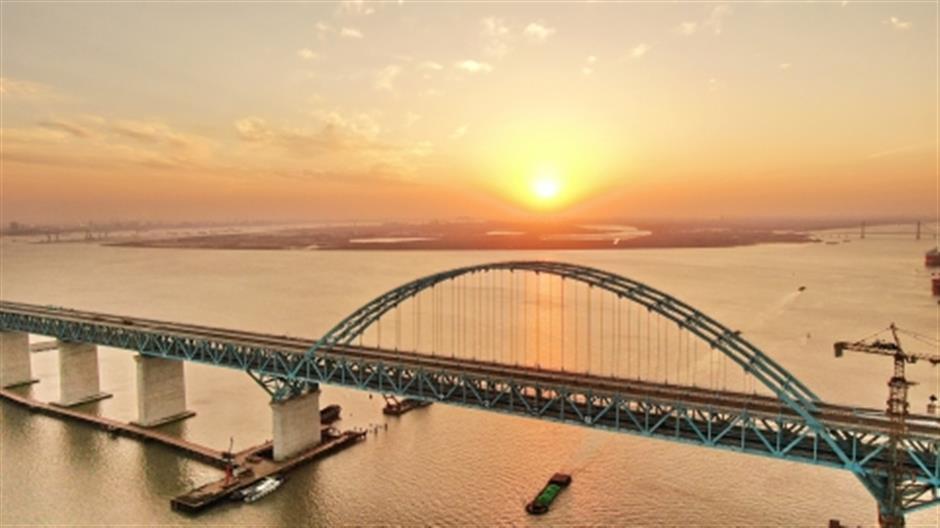