Beijing versus Shanghai: a simple yet difficult comparison 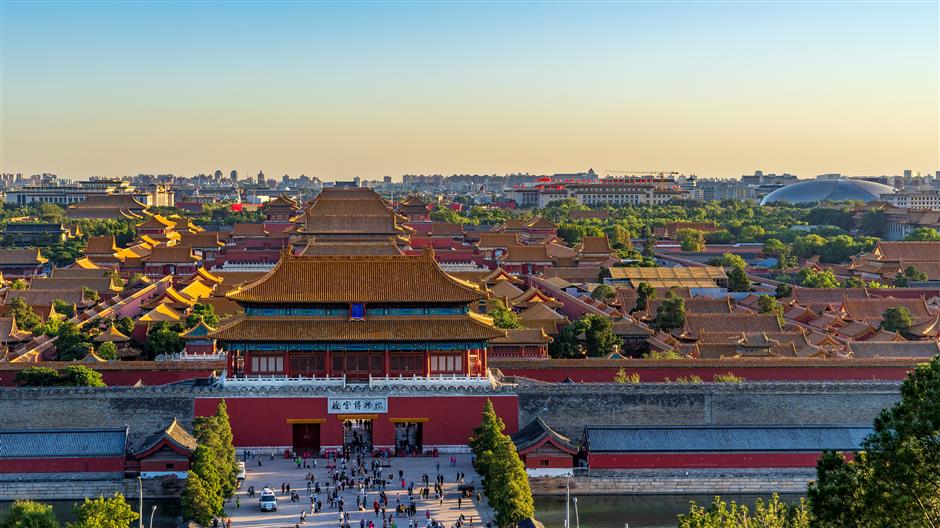 The Forbidden City gives Beijing an air of historical significance.

My mom, Clare Hamilton, recently visited Shanghai for the third time, and as usual we used her short visit to check out another part of the country for a few days. Last time she really wanted to check out Xi’an’s terracotta warriors, and this time we went to Beijing to visit all the usual sites, plus a part of the Great Wall.

We got on the gaotie, or high-speed train, at Shanghai Railway Station and sank back into our seats for the quick trip, and that’s when she threw me a hardball: “How are Shanghai and Beijing different, Andy?” I’d never really pondered specifically the differences and similarities between Beijing and Shanghai because I’d always thought it was obvious.

For many foreigners with not much background knowledge on China, Beijing and Shanghai are probably the only two cities they can name on the Chinese mainland. They know both are huge, but that’s about it.

When I thought a little deeper about the differences, all I could come up with in the beginning were feelings. “Shanghai feels more ‘big city’ and Beijing feels more ‘Chinese,’” was my first attempt.

It was met with a blank stare, and I knew I had failed. “More Chinese?”

I knew I had to do better, and after a bit more thinking I came up with a few more answers.

Politics is never far from discussions about Beijing, for obvious reasons: It’s the capital of China and the seat of the central government. That alone sets it apart in tone from Shanghai. Beijing features all of the institutions of government, including the Great Hall of the People, which connects with Tian’anmen Square, literally at the heart of the city. A visit to Beijing isn’t complete without entering the square and soaking up the patriotic atmosphere. You can also check out the body of Chairman Mao, although it’s definitely a fleeting look as people are shuffled past by the hundreds in mere seconds.

Beijing has been the capital of China, and was the home of emperors, for hundreds of years, giving the city an air of historical significance. Across the road from Tian’anmen Square is the Forbidden City. Construction started in 1406, and nearly 1,000 of the complex’s original buildings still survive to this day.

The Great Wall, or part of it

Adding to Beijing’s historical significance is the fact that the city is not far from a famous stretch of perhaps China’s most iconic creation: the Great Wall. Although there are parts of the wall that survive all over the country, many tourists decide to check out the section in Beijing because it’s easy to get to and has great access by way of gondola. Be prepared for huge crowds and photos filled with strangers.

Beijing is also known for its dry, cold winters. Unlike Shanghai, winter in the north can leave your skin dry and your lips chapped. The temperature often sits below zero, and snow isn’t uncommon. For me, winter in Beijing is iconic, and seeing steam belching out of noodle shops on a sunny winter’s day really warms my heart for some reason. If you’re visiting the city in winter, don’t forget your chapstick!

After we arrived back in Shanghai, I was pleased when mom said she knew what I meant earlier about the “feeling” thing. While she loves both cities, she agreed they very much have a different feeling or vibe about them. “Beijing feels more raw and real,” she said while obviously thinking deeply. “And Shanghai feels more polished and international.” I couldn’t have put it better myself!