I’m always looking for ways to extend my Mandarin vocabulary, but reading news and Chinese textbooks is often tiring. That’s why lately I’ve been binging on a few online celebrity chefs.

I’ve always been a huge fan of Chinese food and cooking, and fell in love with the famous TV series “A Bite of China” when I first started studying Mandarin. The production values on that show are impeccable and listening to the voice-over by the amazing Li Lihong was often the best part of our Mandarin classes back in university.

But a lot has changed in the last few years, and now people are most definitely turning to smaller content creators online for their entertainment fix.

Lately I’ve started binging on three local online chefs, all of whom produce their own content from small towns or villages around China.

It’s become my method of choice for sharpening my Mandarin skills — albeit in a very niche area — and also learning how to cook my favorite Chinese dishes while becoming more familiar with life beyond Shanghai’s Outer Ring Road. 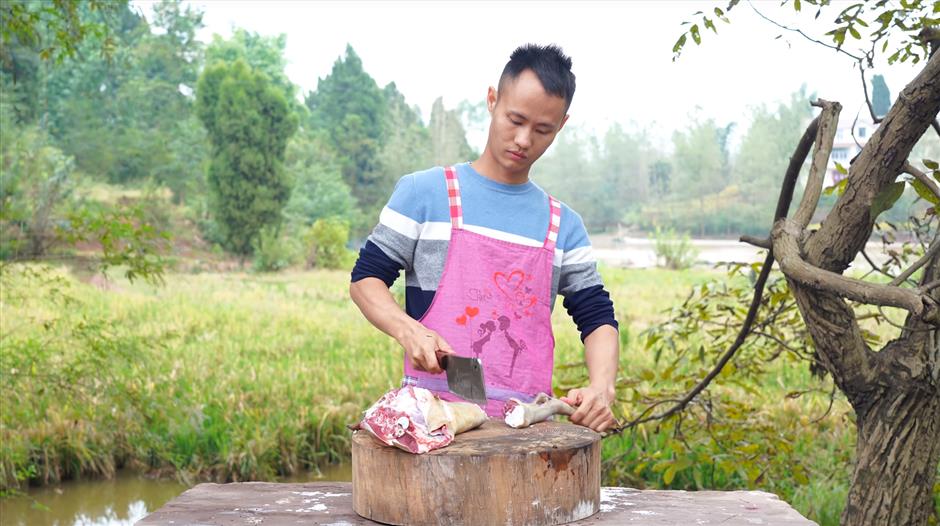 Wang Gang prepares a feast in one of his online cooking videos.

Wang Gang and his uncle

My favorite local online chef now is Wang Gang, a young guy from southwest China’s Sichuan Province who quit work after spending his early-20s learning my favorite two types of Chinese cuisine — Sichuanese and Hunanese — as well as some Cantonese dishes.

He is the most popular online chef I follow, but despite having millions of fans online, including on YouTube, Wang’s videos are still very raw and real.

His hometown is Fushun, which is a county of Zigong City in Sichuan, famous for salt production in ancient times. That really shows, because he likes to use a lot of salt in his dishes, one of which is barbequed bamboo rat, a huge type of rodent farmed and enjoyed by many members of his family.

My favorite videos by Wang are when he vlogs around his village, especially when his uncle — who is a pro at raising pigs and then quartering and selling pork — is part of the picture. It’s such a fascinating and fun look at life in rural Sichuan Province.

Unlike “A Bite of China,” with its well-written and very well pronounced voice-over, Wang speaks Mandarin in a casual and relaxed manner using everyday language, albeit with a Sichuanese accent.

His uncle, on the other hand, often needs to be reminded to speak Mandarin for the camera as he slips subconsciously back to his native tongue.

It’s a great way to sharpen your ear to the different sounds and accents of Mandarin you’ll often run into, even in Shanghai. 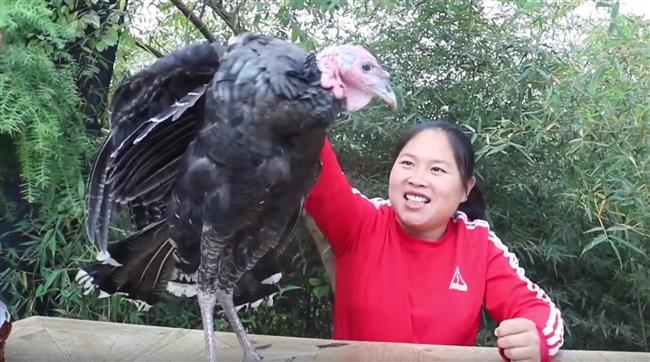 Fat Little Sister sizes up a turkey on the farm.

Coming in next is definitely Fat Little Sister, as she calls herself on YouTube which is where she has most of her fans. She films her videos in Chuzhou of Anhui Province, and they usually start with her gathering food from the farm or buying produce — especially meat — from her local market.

Unlike Wang, Fat Sister loves to end her food at the end of her videos, which is a trend that has become very popular all across Asia. Trust me, it was awkward in the beginning but now a cooking video doesn’t seem complete without watching the chef eat the entire lot!

Fat Sister often features her family, including her dad who loves a good drink, in the end eating sequence.

It was Fat Sister who taught me how to make hong shao rou, or red braised pork, a very popular and famous local dish. 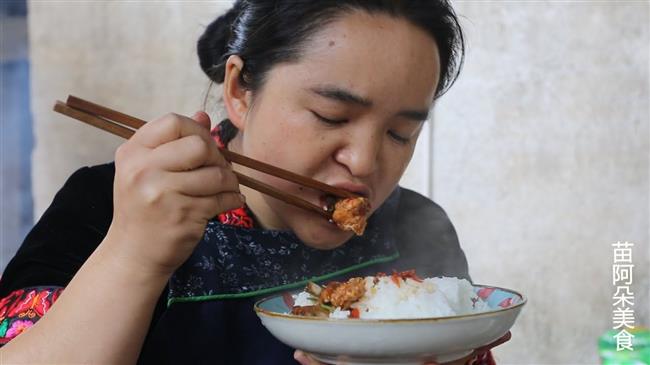 Miao A’duo tucks down into some freshly cooked farm duck.

Last up is Miao A’duo from Huaihua in Hunan Province, whose to-the-point style and farm cooking is a real treat to watch. The Miao in her name comes from her Miao ethnicity.

Some of her best scenes are when we follow her down to her local market to buy whatever produce she doesn’t have on hand. She also eats all her dishes, usually alone, after preparation.

One of her latest videos shows her cooking up a 1-kilogram duck and eating everything, including the bones. She’s also a huge fan of pork, especially wu hua rou, or streaky pork belly, and loves to scoff down huge amounts in one meal.

If you’re looking to brush up your Mandarin, and maybe hone your ear to this huge country’s many accents, check out some of the myriad instructional videos in a topic that interests you. You’ll find you can whittle away hours at a time, and come away with some new-found knowledge.