The only thing between a nice metropolis and a better metropolis is good governance, or in the official parlance, delicate management.

This term, which originated from Japanese management science, has been heavily bandied about to characterize a more refined approach to urban management, one featuring greater attention to details.

It appears that technology is increasingly taking center stage in the official efforts to achieve delicate management, especially in a megapolis like Shanghai.

The platform, dubbed “urban brain,” functions like a repository of all kinds of real-time information relating to activities happening within the 1,200-square-kilometer area.

With a highly interconnected network of high-tech gadgets, emergencies such as a conflagration ripping through old residential homes or when fire engine-only lanes are blocked will be reported to the “brain” within one second, whereupon fast reaction units are dispatched to the scene, Jiefang Daily reported.

According to Wang Lei, deputy director of Emergency Management Bureau of Pudong New Area, this faster flow of information means that authorities will be able to receive and respond to reports of emergencies sooner than before, as technology such as computer vision and artificial intelligence enable spontaneous intervention such as sounding the alarm or alerting the police.

What’s more, tasks including noise pollution control, bus lane optimization and making dump trucks stick to their lanes will also be better dealt with as the smart “urban brain” is kicked into action. Smart city has been a concept driving growth in the design and manufacture of intelligent hardware and related industries, but the hype aside, it must be underpinned with a more concrete role played by humans.

Just as President Xi Jinping emphasized on his inspection visit to Shanghai in early November, “[urban managers] need to become good at employing modern technological means to attain intelligentization; they also are obliged to improve levels of delicate management with care, patience and dexterity, like in embroidery.”

Management of a city of nearly 25 million is never an easy job. Technology alone won’t suffice to solve a myriad of urban malaises. Sometimes, the traditional Chinese way of organizing an army of people into an extensive network of individual urban managers — from frontline police officers to grassroot village cadres — proves more effective.

This is why Pudong decided to issue a portable GPS-powered device to every urban manager this year, no matter their place in the hierarchy. Through the device, they are connected to the “smart urban brain” and appear as so many illuminated dots on a gigantic screen that resembles a hotspot map. Their locations and trails on the map indicate their status as “at work,” “on the way to work” or “off duty.”

The use of technology and Chinese-style social organization have weaved a gigantic security net that links every single village under the dozens of townships across Pudong. A direct result, says an official named Yao Hui in Jiebang Village, is that security has appreciably changed for the better. “In the past, villagers would report an average two burglaries in a month. But now the village has been peaceful for several consecutive months.”

People’s Daily published a commentary on October 31 saying that better governance of a city cannot proceed without delicate management. The growing involvement of big data, cloud computing and other technologies indeed has been an enabler, unlocking room for growth of a smart city. But at the end of the day, delicate management is way beyond a byword for reliance on technology.

Instead, it should be built on cost-effectiveness and avoidance of wasteful spending, the commentary warns. 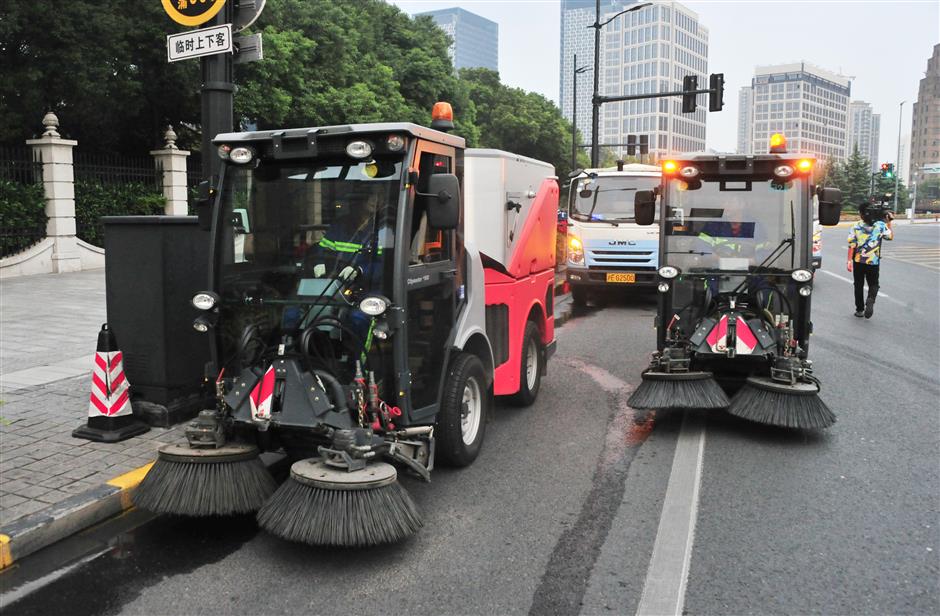