In search of history: the transition from visual documentation to verbal narrative 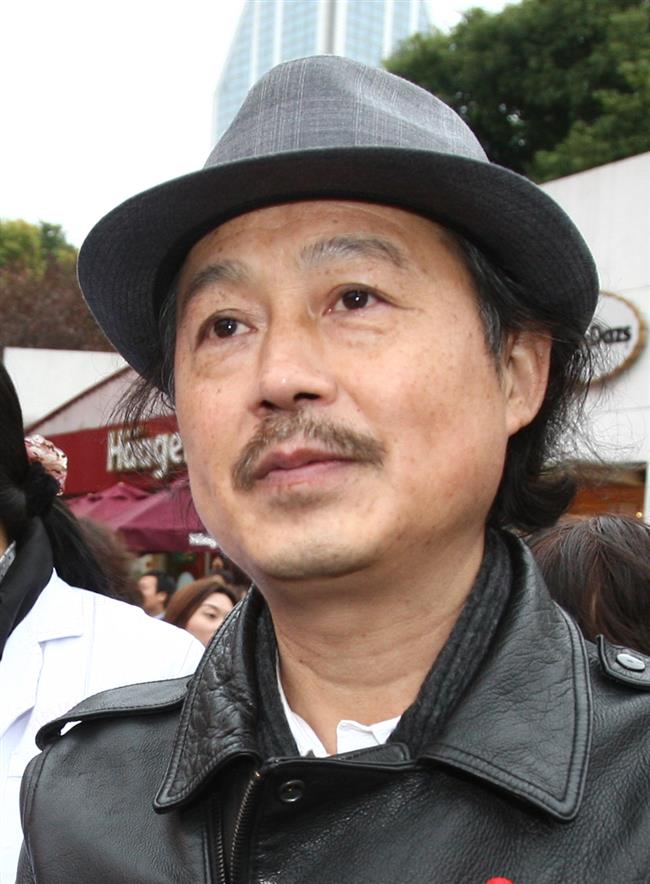 In a recent lecture given to mark the 20th anniversary of this paper, veteran photographer Deke Erh shared his insight into how to meet the challenges confronting a journalist in this age of technological disruption.

The photojournalist certainly practices what he preaches.

Erh resigned to become a photographer at a time when camera was still owned by the privileged few. During the late 1980s, armed with a 1:500 Shanghai map, he started to comb the city to identify buildings of a bygone era and evocative of remembrance of things past. This effort, characterized by him as visual documentation, later led to the production of dozens of books.

In documenting scenes that might be soon lost, his message is: the sooner, the better.

At the lecture he showed a perfect picture of mountains, pastures, with herds grazing on the grass. The ethereal beauty can no longer be found, as it is now traversed by a concrete highway, with many cars parked in its vicinity, and hordes of trigger-happy tourists.

He found himself both lucky and unfortunate. Lucky in that, in a space of 30 years, he could document the drastic transformation of a city. Unfortunate in that, against the backdrop of roaring bulldozers, too many old buildings have vanished and, along with it, what left of traditional way of life.

“I myself have seen my own house being pulverized three times, meaning a removal every few years. When you no longer have your family home, all that is left of it is your personal memory.”

He was in for a crisis.

In the age of easy e-gadgets, anyone at the scene could be a photographer. In other words, a master photographer would be of little account if he does not happen to be on the scene.

Acutely aware of the professional encroachment imposed by technology, Erh is naturally a strong proponent of the need for lifelong learning.

He took to the sky, and learned to take pictures from a new angle, from a helicopter, and for a time he was entrusted with the job of aerial photography from several local governments.

As he hovered between highrises on a helicopter, at an altitude of dozens or hundreds of meters above the ground, as he tried to thrust his body further from the cabin while holding fast to his camera, he experienced a new awakening.

Seeing the image of the helicopter reflected on the glass curtain walls, he appeared bemused in the jungle of steel, concrete and glittering glass.

A Hong Kong paper once commented that Erh provides testimonials to a city suffering from amnesia. But there was a paradigm shift. “Confronted with the stunning physical transformation, I could no longer make sense of the city by piecing together the visual fragments,” Erh reportedly said.

And he did not foresee the advent of drone photography.

Therefore, in 1999, while other Shanghai photographers were still working around the Old Shanghai theme, Erh turned his attention to the Silk Road. He devoted more and more energy to west China and the Silk Road countries. In 2000 he, accompanied by his wife, drove 18,000 km in 56 days from Shanghai to Hamburg as part of effort to document the Silk Road.

He retraveled the road taken by Marc Aurel Stein (1862-1943), the Hungarian-born British archeologist, checking up on him at a library in Hungary.

Trips were also made in honor of German explorer Ferdinand Paul Wilhelm Richthofen (1833-1905), who first came up with the concept of Silk Road as a trade route from Luoyang, Henan, to Samarkand, in today’s Uzbekistan. The ancient city in Samarkand, Erh said, is a must-see, for being the best preserved, and still lived by local residents — unlike myriad others that have degenerated into tourist attractions.

Then he took to the seas. In order to follow the Martime Silk Road by piloting his own sail boat, last year Erh, who was born in 1959, became a certified captain after sitting for 20 different tests. In his embrace of the oral history project, the transition from visual documentation to oral history is a natural development as he delves deeper into history, in his awareness that notwithstanding the loss of physical reality, there is still a treasure trove in the recesses of people’s mind.

The oral project began with over 100 residents, or tea-drinkers, in Zhujiajiao, a well-kept water town in suburban Shanghai. Then there was a project on alumni of an American School in Shanghai, where his father had been educated. “Each interviewee’s tale could well serve as the basis for a hefty tome of nonfiction.”

At each port of call, he would hold a small exhibition of photos he had taken of Shanghai. He said that so prejudiced is Western coverage of China that some Westerners have a gross misconception of China today.

He was awed by the presence of strong Chinese cultural legacy in Southeast Asia, as manifested in apparels, architecture, cuisine, music, dance and literature. That’s why Erh categorized ancient sailboating technique as the fifth addition to the much talked about China’s Four Great Inventions. When the sails were raised in November, on the strength of trade winds and ocean currents, the sails could carry Chinese passengers to as far as Indonesia. They had to stay until the next year for winds to send them home. Some chose to stay, taking with them Chinese technology and crafts, and agriculture skills.

This pioneering spirit would continue to awe and inspire.

Erh aptly chose the metaphor of flying fish he saw too often in his maritime voyage in hinting at the need for journalists to rise above their professional constraints and stay relevant in the era of disruptions.

Special Reports
ADVERTISEMENT
In search of history: the transition from visual documentation to verbal narrative
The kid that begged has a message for all parents
Love it or loathe it, winter has well and truly arrived in Shanghai
China instrumental in Africa's agriculture growth
Learn to live with AI
Respond to Earth system alert
Paper-free travel extended
Let villagers decide what they want
Why some people snap more easily than others
Taxing time for big data firms as regulator beefs up protection of user rights, privacy
EXPLORE SHINE