Okay, please stop. Time, that is.

Another year has zipped by before the metaphorical blink of an eye, and so it’s time to cast that eye back at some of the issues I covered here this year.

70 years of the New China

October 1 was the day Beijing and the rest of China celebrated the 70th anniversary of the founding of the People’s Republic of China.

Around 15,000 troops marched across Beijing’s Tian’anmen Square in tight formation on China’s National Day, together with nearly 600 pieces of military hardware and the buzzing of 160 aircraft zipping overhead. 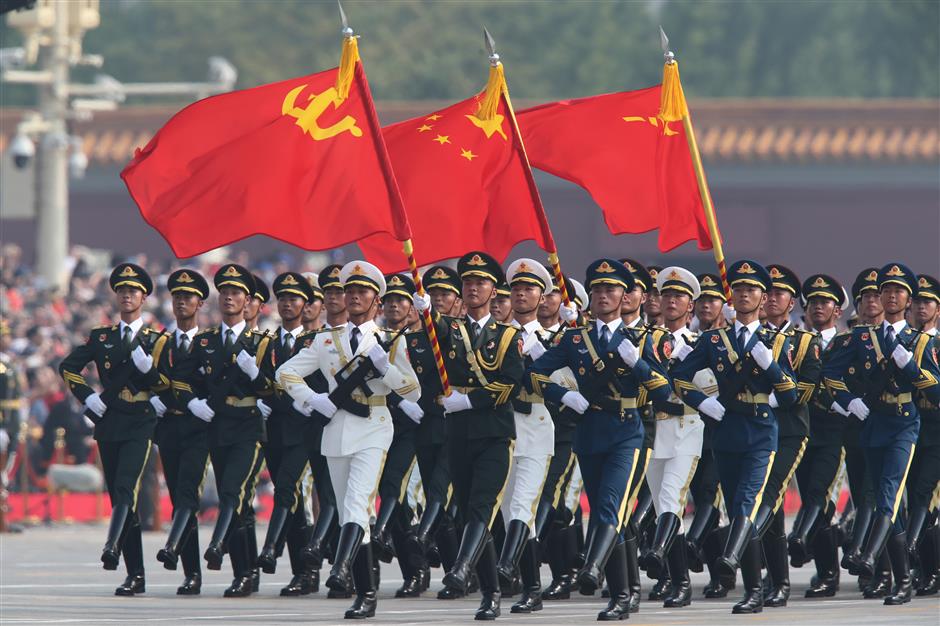 October 1 saw the country celebrate 70 years since the founding of the People's Republic of China.

What a load of trash!

No yearly Shanghai round-up of 2019 would be complete without mentioning the new garbage sorting regulations that came into effect on July 1. Sorry.

The city’s wide-reaching new trash sorting law means that businesses and residents need to sort their own waste into four types and dispose of it in the correct bins. It’s for Mother Nature and all that.

Many people, especially expats, struggled with the new regulations, particularly those who live in complexes where strict time frames were put into place.

But that was okay when we found out businesses were some of the main offenders when it came to sorting trash properly.

We’re only human, after all.

This year I covered two issues regarding faking it online: one was when I talked about the lengths some go to in order to make their lives look better than reality on social media, and one was regarding an app that swapped famous people’s faces with the users’, sparking “deepfake” fears.

In February, China Central Television aired an investigation into the purchasing of fake social media interaction by local celebrities. First the targeted singer Cai Xukun, a member of a hugely popular boyband whose fame has led to endless sponsorships and brand deals.

It was found that he had purchased fake “likes” and shares on Weibo.

Zhai Tianlin, a well-known Chinese actor, had his PhD revoked after netizens decided to look into his past, ultimately searching for and finding his graduation thesis which — after being run through a plagiarism check — turned out to be largely plagiarized.

In September, I talked about a new app called ZAO, which took China by storm and used AI to swap actors’ faces with users of the app. Alarm bells rang when it was noticed that the user agreement signed users’ rights away, effectively stating that the app company could use their likeness as they saw fit. This also got people worrying about their image being used in deepfake material.

The user agreement was quickly changed and the company apologized.

This year really saw the start of face scanning AI technology that allows people to perform any number of tasks, chief among them paying for items purchased in stores.

Technically one can simply scan their face and then payment will automatically be processed to the face owner’s debit.

But, as I found out in March, the technology isn’t yet compatible with the faces of foreigners. Well, to be fair, it’s nothing to do with the face, per se — it turns out that the face scanning technology is tied in with the Chinese ID system, which is a database of Chinese citizens for their most important piece of identification.

Since foreigners’ faces aren’t put into the system, using one’s face to pay for beer and chippies is out of bounds, even if you live here and are signed up to WeChat and Alipay.

Happy New Year, all, and I look forward to seeing you all on the other side of the hill for a safe and happy 2020.