Shanghai ready to take all precautions against virus 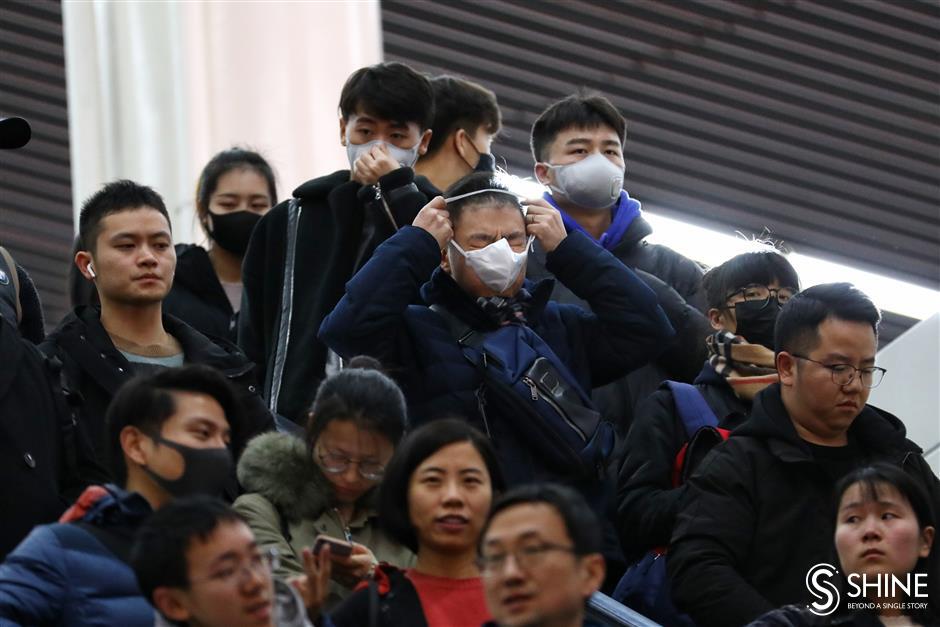 People wear masks at a Metro station in Shanghai on January 21.

In the fight against a new virus possibly linked to wild animals, Shanghai has decided to cancel live poultry markets from January 25 to April 30, the Xinmin Evening News reported today.

So far, nine people in the city have been reported to be infected with novel coronavirus-related pneumonia. Nationwide, 440 such cases have been confirmed.

The first case was reported in Wuhan, in central China's Hubei Province, in December, but the source of the novel coronavirus remains unclear.

On January 20, Zhong Nanshan, an academician with the Chinese Academy of Engineering and head of a national expert team investigating the outbreak, said the virus possibly came from certain wild animals.

In Wuhan, a major seafood market suspected to be the source of the virus, has finally been shut down. That market, near which the first patients were identified, was found to have sold various other animals in addition to seafood.

Shanghai's decision to temporarily shut down all markets trading live poultry testifies to the metropolis' determination to leave nothing to chance. After all, we should always be vigilant about what we can eat.

Due vigilance is the best possible "medicine" in the face of an outbreak of a novel virus. We can never be too alert.

The online edition of the People's Daily yesterday published a commentary, saying scientific and orderly measures are in place to ease public concerns. A while ago, however, some patients in Wuhan were not effectively restricted within safety zones, and some planned large-scale group activities should have been postponed on day one, noted the commentary.

To be sure, it takes time for even health experts to understand how a new virus evolves. Judgment is certainly adjusted over time. But, as the People's Daily commentary pointed out, we should never "boldly trust in luck." Indeed, we'd better err on the side of caution.

In addition to curbing the contagion in this time of emergency, Shanghai has taken a step further by restricting what we eat at the very source.

History has proven that eating wild animals does lead to outbreaks of novel viruses. An ordinary man often pampers his tongue too much at the expense of his health. So it falls within a city's responsibility to rectify such irrational behavior.

Special Reports
ADVERTISEMENT
61922
,
61924
,
Doctor doing his best to reassure people
More reasons for being proud of our city
Confronting virus, Wuhan people need special respect
Isolation and empty streets: Staying cooped up under coronavirus threat
Neighborhood puts up walls against virus
China must win the battle against new virus
Shanghai ready to take all precautions against virus
Bold steps are necessary to safeguard our oceans
Fulsome tribute to supervisor in paper draws ire
Telling a China story from heart of Kyoto
EXPLORE SHINE