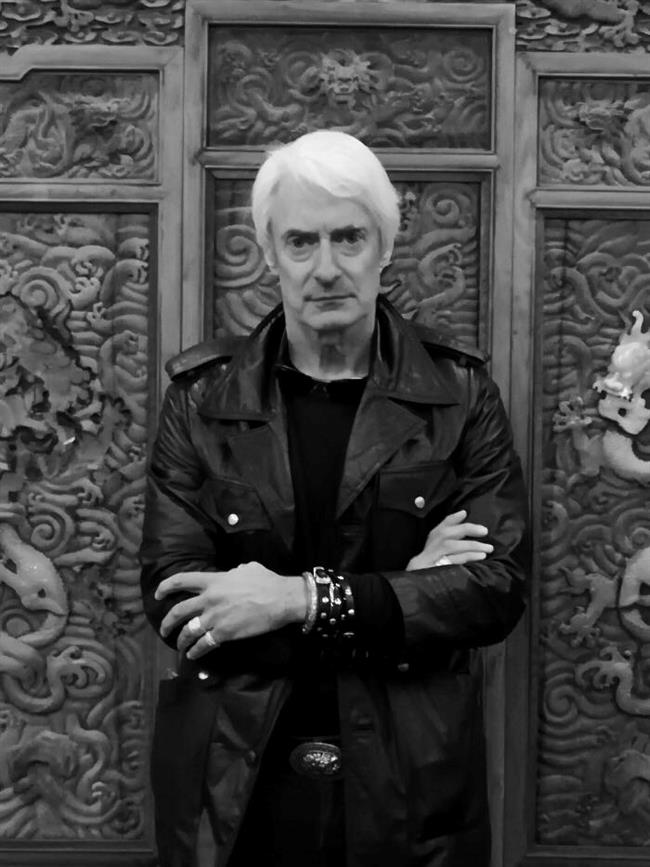 New York native Laurence Brahm lived through SARS in Beijing in 2003. The author of "China as No. 1" also predicted back in the mid-1990s that China's economy would become the largest in the world.

Brahm first came to study Chinese in 1981 at Nankai University in the city of Tianjin. He has since built a career as an economic adviser and international mediator and is now senior international fellow at the Center for China and Globalization, founding director of the Himalayan Consensus Institute, and co-chair of the Silk-Spice Road Dialogues.

Shanghai Daily asked the economist his views and predictions on the economic influence of the current COVID-19 on China and the world.

SD: Many people are concerned about the recovery of China’s economic growth after this novel coronavirus breakout. What is your prediction? European and US markets seemed relatively calm, though oil prices responded instantly. Are they too confident about China’s recovery?

Brahm: Of course China can overcome the economic throw-back of the coronavirus crisis.

I can say this with confidence at my age having lived through many crisis situations in China and other parts of Asia where I have worked.

The strength of the Chinese people lies in their culture and the natural resiliency that is part of that culture.

Taoism is about change.

Buddhism is about seeing past-present-future simultaneously and being able to turn negative situations into positive by realizing that everything is about how something is perceived.

Confucianism gives Chinese people the longitudinal and latitudinal matrix of organizational ability to respond to any situation and crisis.

These are three aspects of the Chinese collective unconscious that are ever-present in everyone in China always and that is a resilience that no Western country or people have.

Yes, first quarter growth will be low, maybe 1 percent. Second quarter: maybe not much better. But just wait, just wait and watch the growth and transformation that will occur when this crisis passes and the government comes in with new fiscal programs for development of health care and environmental sectors. More jobs and more opportunities.

Remember one thing: never, ever, ever underestimate the resilience of the Chinese people and the organizational capability of their government to meet a challenge face on.

I am not saying this as a theory. I have seen and lived this throughout my own four decades in this country. And I am seeing it again.

SD: Many countries are also worried about the economic influence on them; what is your prediction on this?

Brahm: China's economic slowdown due to coronavirus will, of course, effect everyone.

America's Big Tech stocks are at an all-time historic high.

Why? Repo debt money flooding the market. Not fundamentals.

With coronavirus causing factories to shut down in China, where are all those Big Tech companies going to get their technology supplies and the parts they need to make their products and provide their services?

We live in an interconnected world. That is what China's leadership calls the shared common destiny of mankind. We are all sharing a common matrix.

SD: Some even talk about this as the beginning of the end for globalization. Is it?

Brahm: The start of the ending of globalization began with the current United States government.

Everything has been to shut down the valves of the arteries that connect us globally. America first and everyone else being kicked outside does not make for a healthy world.

Remember, Chinese medicine is about keeping circulation going throughout the entire body. When there is blockage, then things start to go wrong and people get sick.

The US government is creating global blockages, not globalization.

SD: You have been a long-time observer and participant in China’s development for nearly four decades, what were your first thoughts upon hearing news of the outbreak?

Brahm: My first thought was that this was SARS all over again.

I had lived through SARS and knew that China's government leaders had the experience and its people the resolve and wherewithal to overcome this.

My first impression was that they would be able to control the coronavirus quickly and end the crisis.

However, as the coronavirus spread, I realized that this was a bigger challenge and would require even greater national resources to get control over this. I think we are all shocked at how dangerous this new form of virus has become.

It is a global problem and we must all act together in unison; united across the planet to defeat this epidemic.

SD: Where were you when SARS broke in 2003? How would you compare the two crises?

Brahm: I was with Yang Liping in Kunming for the first dress rehearsal of her "Yunnan Impressions" music and dance performance.

After the dress rehearsal, authorities told us that the rehearsals would have to be suspended due to SARS and we were all disappointed at the time, but understood the seriousness of the situation.

Imagine a country of 1.3 billion people all working in unity to overcome a single challenge. That cannot be done without government accountability and direct daily communication with people at all levels, from top all the way down to the lady in the neighborhood committee who comes to your door.

It is a massive combined effort and I believe that China's ability to respond to this crisis with such decisiveness derives from the experience with SARS and other challenges in many different forms over these years of economic opening and social transformation.

SD: What has impressed you most this time? What more can be done?

Brahm: SARS transformed us all in China.

In the old days people were worried about economics and business. They were rushing to get ahead and forgot about a lot of other things.

I remember in the old days garbage was thrown into the street, there was no real system for collection, people didn't wash their hands, and there were just a lot of simple things that we all ignored in the big rush to get ahead.

SARS made everybody take a breath.

Systems of urban sewage, garbage collection and controls over restaurants and kitchen cleanliness all became the new normal. People all began washing hands and toilets began to be treated as important infrastructure.

However, still we were rushing.

Huge infrastructure investment in the hard things that we need – roads, rails, connectivity – all took precedence over other areas like the environment and health care. Hospitals have become overcrowded and doctors overworked.

These are areas that will need to be reformed and upgraded with the same kind of infrastructure investment and focus on improvement that core infrastructure received earlier. This is a softer infrastructure but one that is equally important.

The coronavirus brings all of this into new focus and I am certain that when the National People's Congress meets later this spring it will propose a lot of health care and medical reforms.

These areas need attention and I am sure that they will get it and China will excel integrating new technologies like 5G. Regardless if the Americans try to stop 5G, I am certain that China will adopt this technology to systems internally like medical and environment and move faster ahead than many developed Western countries in these areas in the decade ahead!

SD: From your own experience, are you confident about what's coming?

Brahm: I am confident that China will overcome this crisis, regardless of the cost. Afterwards, the nation will rebuild with the same unity and determination.

I say this with confidence having lived through many crises and challenges and having worked with leadership in this country at various levels during those moments on the policies that have been applied to resolve setbacks and reboot the economy. I know that they can do this in the past, and am certain they will do it again. This time bigger and better.

(Laurence Brahm is also 2019 recipient of the China Friendship Award at the 70th anniversary celebrations of the PRC. In 2016 he received the Social Responsibility Award for his contribution to China's environmental policy of ecological civilization.)

Special Reports
ADVERTISEMENT
61922
,
61929
,
Reflections on China's effective containment tactic
Living under the shadows of two pandemics
Amid times of uncertainty, app preserves messages of hope and happiness
Vlog: Is Shanghai really getting back to normal?
Vlog: How does quarantine in Shanghai compare with New Zealand?
Inconvenient truth about the missed opportunity
The West's long learning curve in mitigating pandemic's economic impact
China success in containment of COVID-19 valuable
A simple way to keep COVID-19 economy working
A financial review of the pandemic control
EXPLORE SHINE