Every cloud has a silver lining as China slows coronavirus epidemic

It’s been a few busy weeks, ever since the existence of a new virus really hit home around China and around the world.

I heard about it before that but really didn’t think anything of it. I wasn’t here during SARS and don’t really remember much of that time anyway. All I know is it felt far removed from my life in New Zealand.

On Chinese New Year’s Eve, I was having lunch with a close friend’s mom and we scoffed at the idea that this was anything serious. She told me the government will have things under control and that she doubted she’d wear a mask to the shops. I pointed out how many people die from the common cold every year.

It’s all a storm in a teacup, we decided.

Over the next few days, things quickly got more serious, and then the whole world had their eyes on China. Wuhan, the epicenter of the outbreak, was shut down, fruit and vegetables were snapped up by panicked buyers, and wearing a mask became the new normal.

The Chinese New Year’s Eve gala, probably the most watched annual TV program in the world, added a new segment devoted to Wuhan and the fight against novel coronavirus. Such a move is unprecedented in the show’s history.

I’ve been lucky enough to have worked every day since it all began, producing a video a day trying to help expats, some locals and those from around the world who are interested keep up with the situation here in Shanghai, all with a smile on my face. 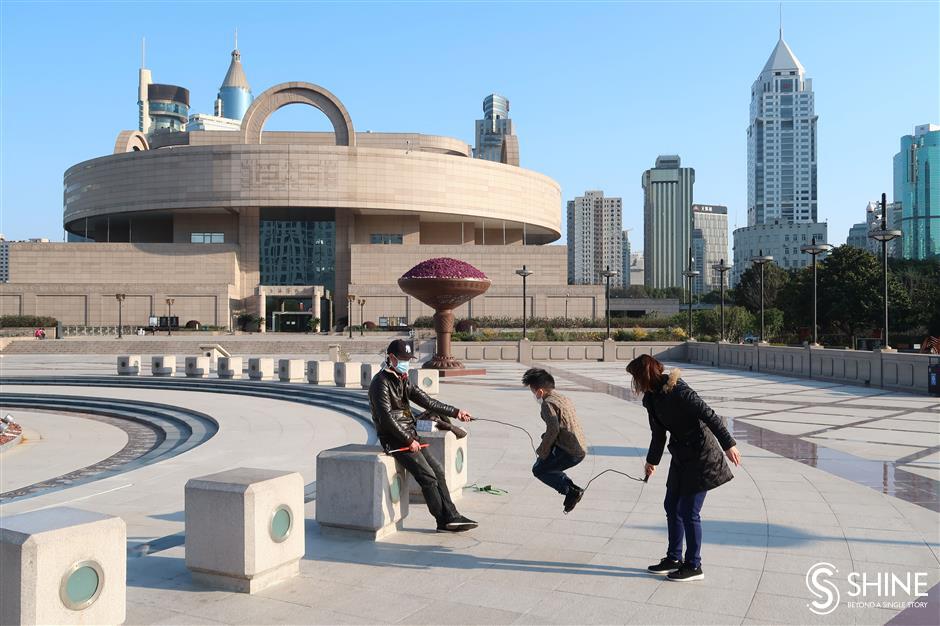 As the epidemic news out of China gets better every day, people are expecting sunshine after the storm.

Well, I’ve realized lately, ever since things have got a little less hectic here in Shanghai, that being busy was the best thing for me. It didn’t allow me to ponder.

Now that the novel coronavirus news out of China is better and better every day, I’ve had a bit of time to breathe and think, and that hasn’t actually been that great.

Then my home country, New Zealand, got its first case. The situation started getting out of hand in Italy, on the other side of the world, where a really good friend is studying. Iran and South Korea, too, are facing steep increases in infections.

So it’s now — ever since things started quietening down here, and now that things are getting serious in other parts of the world — that I’ve realized just how serious COVID-19 really is.

For me, at least, it’s without precedent. I’ve never had a time in my life when I’ve felt uncertain about what will happen next, when I’ve had to cancel an upcoming trip out of fear of becoming sick, being stuck somewhere or, worse still, not being allowed to come home.

And I’ve got it easy — some people are sick, some are dying, and the world is struggling to gain control.

But you know what they say: Everything happens for a reason. Now I feel like a kind of semi-expert on novel coronavirus, or at least on all things to do with precautions and getting through life under the threat of becoming infected.

I’ve found myself helping friends and family with hints and tips on what to do, what to stop worrying about, and how to get through what will hopefully just be a short stint under the dark clouds.

And that’s the role that China and many Chinese people — experts and ordinary people alike — are already taking up, just when the world needs help the most. After all, who better to turn to for help than those who are already slowly emerging from the storm?

Special Reports
ADVERTISEMENT
61922
,
61926
,
Reflections on China's effective containment tactic
Living under the shadows of two pandemics
Amid times of uncertainty, app preserves messages of hope and happiness
Vlog: Is Shanghai really getting back to normal?
Vlog: How does quarantine in Shanghai compare with New Zealand?
Inconvenient truth about the missed opportunity
The West's long learning curve in mitigating pandemic's economic impact
China success in containment of COVID-19 valuable
A simple way to keep COVID-19 economy working
A financial review of the pandemic control
EXPLORE SHINE