China has made substantial progress in containing novel coronavirus thanks to certain key measures, Xinhua quoted a top Chinese medical expert as saying in a report published on Friday.

Zhang Boli, an academician with the Chinese Academy of Engineering, was reported to have attributed China's progress mainly to three key factors: early detection, early isolation and early treatment; building modular hospitals to accommodate all patients; and combining Western and Chinese medicines.

Zhang, also president of the Tianjin University of Traditional Chinese Medicine and a member of the national team of experts guiding the country’s fight against the virus, shared his view with a group of experts from the American Association of Acupuncture and Oriental Medicine in a live video talk on Wednesday night.

“We haven’t discovered any particular drug of special effect to cure the disease, but we have devised an effective (treatment) plan,” he said.

When it comes to the combination of Western and Chinese medicines, he said more than 90 percent of the Chinese patients had been given traditional Chinese medical treatment, which helped prevent symptoms from getting worse in many cases.

Wednesday’s video discussions lasted for more than an hour, in which American experts asked about the effectiveness of acupuncture and moxibustion, and whether Chinese herbal medicines targeting patients from humid regions could also apply to those from dry, high-altitude regions.

While saying that traditional Chinese medicine generally played an important role in China’s treatment of COVID-19 patients, Zhang pointed out that patients from different regions with different climate conditions might display different symptoms.

“From the perspective of traditional Chinese medicine, noxious dampness was an apparent symptom in (patients from) Wuhan during the outbreak of the virus,” he explained. “Wuhan was very humid at that time after having experienced rainy weather for nearly one month during winter, which was unusual.”

But in Gansu and Qinghai provinces, which are dry, many patients had apparent symptoms of “dryness evil,” he said. “In Qinghai, no one has died of COVID-19, and there have been few severely infected patients, so we gather that the novel coronavirus characterized with noxious dampness probably will cause more mild symptoms in drier regions.”

Traditional Chinese medicine pays much attention to the unique physical conditions of patients, and thus prescriptions may well vary for those with the same illness. Indeed, Zhang had said earlier that TCM doctors would hand out a standard prescription for most patients in a modular hospital, but at the same time would adjust the therapy, if necessary, to best suit the condition of every individual.

“Chinese people should be happy that they are protected by two medical systems – the Western one and the traditional Chinese one,” he said in an earlier media interview.

So, how does traditional Chinese medicine do when there’s not yet a special drug to cure COVID-19, be it from the West or the East?

Liu Qingquan, president of the Beijing Hospital of Traditional Chinese Medicine and also a member of the national team of experts guiding the fight against the virus, told Xinhua on Wednesday that traditional Chinese medicine alters the human environment in which the virus dwells. “The virus can no longer stay, so it leaves,” he explained. “In that way a patient will recover.”

As the world fights the pandemic, the Chinese example could offer an alternative approach to at least help prevent the spread of the virus – be it through early detection and early isolation, or from traditional medical wisdom that expels the virus from the human body if it cannot be killed on the spot. 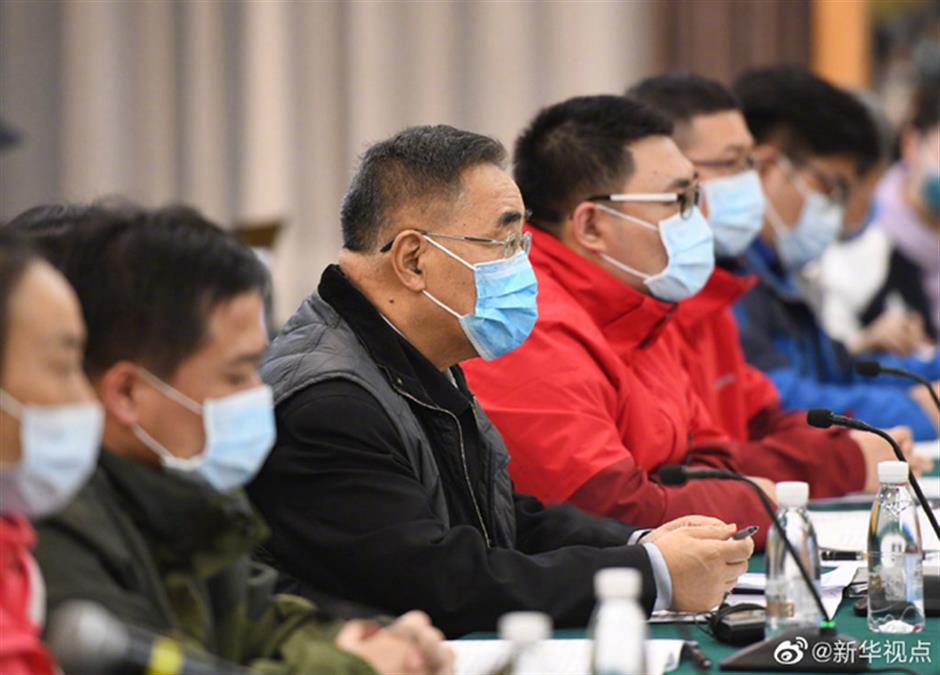 A group of Chinese medical experts share their experience in curbing COVID-19 with their American counterparts in a live video talk on March 18.