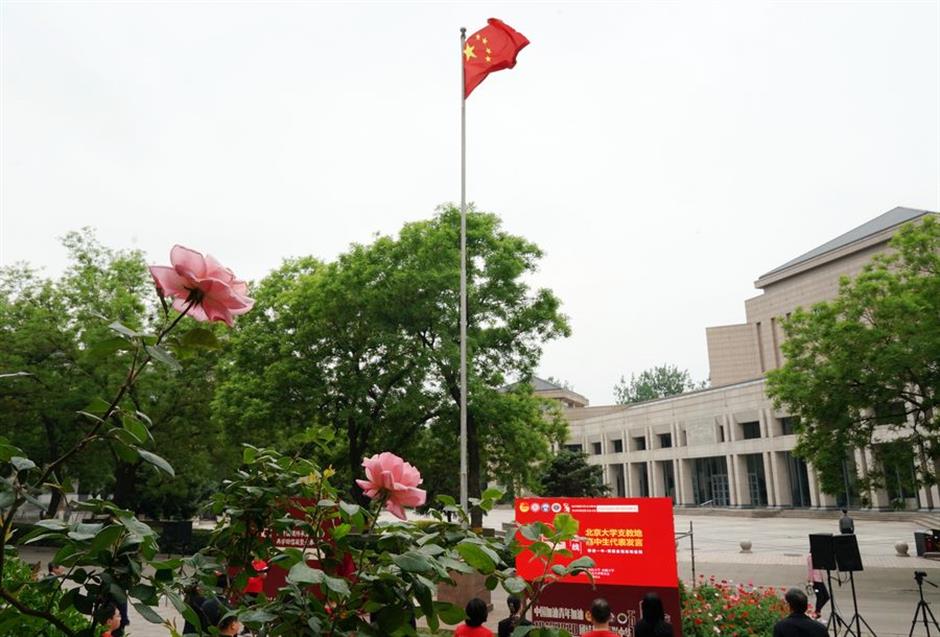 A flag-raising ceremony is held to mark the Chinese Youth Day at Peking University in Beijing, capital of China, May 4, 2020.

The young Chinese have become backbones in the country's battle against COVID-19 and its mission to do away with absolute poverty.

Monday marks the 101st anniversary of the May Fourth Movement in China. It bears a special meaning this year as the country is fighting the coronavirus as well as the "political virus" disseminated by some Western politicians.

The May Fourth Movement started with mass student protests on May 4, 1919, against the government's response to the Treaty of Versailles that imposed unfair treaties on China and undermined the country's sovereignty after the World War I. It then triggered a national campaign to overthrow the old society and promote new ideas, including science, democracy and Marxism.

The May Fourth spirit refers to patriotism, progress, democracy and science, with patriotism at the core.

It offers the Chinese people, especially the young people who are backbones at the frontline of the battle, with spiritual strength to fight the disease. 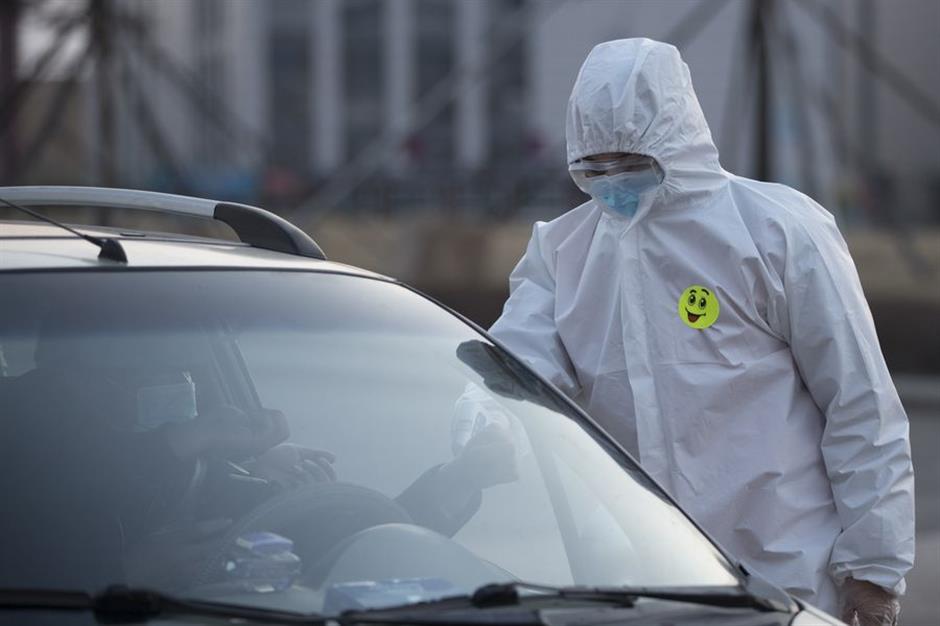 Zhang Hongbo, a physical education student, measures the body temperature of a vehicle driver at a COVID-19 checkpoint at one of the entrances to her home city of Suifenhe, northeast China's Heilongjiang Province, April 28, 2020.

Young Chinese have played a pivotal role in the anti-virus battle with their firm convictions and expertise. Their perseverance, resilience and full devotion to the crisis response has won recognition of all walks of life in China, injecting vigor and hope into the country's cause of building a great nation.

The May Fourth spirit also shone through China's resolve at hitting back at the U.S. smear campaign against China. Lies, threats, bully and hegemonism by the United States will only prompt wide indignation among the Chinese people and boost their national pride.

Chinese youths are giving higher scores to their national pride as the country gathered in solidarity amid the fight against the epidemic. The average score of national pride among young Chinese aged 18 to 35 is 9.57 out of 10, up from 9.18 in a similar survey in 2019, according to a recent survey by the China Youth Daily. 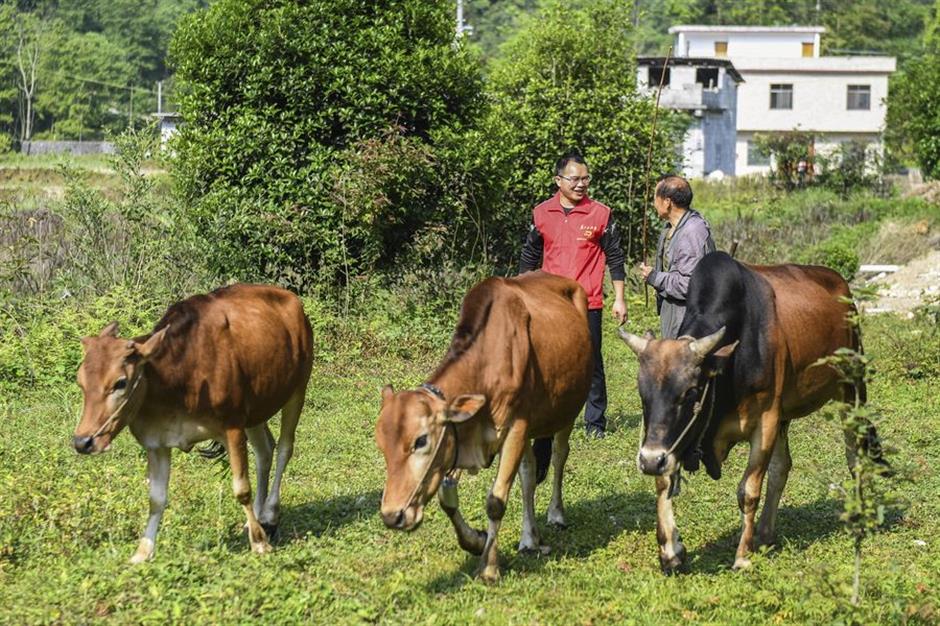 Li Zuyi (L), a 31-year-old village official of Wenjia Village, talks with a villager about cattle raising in Baxu Township of Nandan County, south China's Guangxi Zhuang Autonomous Region, April 29, 2020. In Guangxi, many young people are entrusted with the task of strengthening the Communist Party of China (CPC) at the grassroots level and aiding in poverty alleviation.

The U.S. administration should quit its addiction to scapegoating and stop hurting the feelings of the Chinese people for the sake of its short-sighted and narrow-minded political gains. A great nation can only be built upon genuine strength, not passing the buck.

The year 2020 is a critical year for China to secure a decisive victory in the fight to eradicate absolute poverty and build a moderately prosperous society in all respects.

The coronavirus epidemic has created new challenges, but with the solidarity, devotion and strength shown by China's young people during the epidemic, we have every confidence in achieving the goals, for the first time in the country's history.