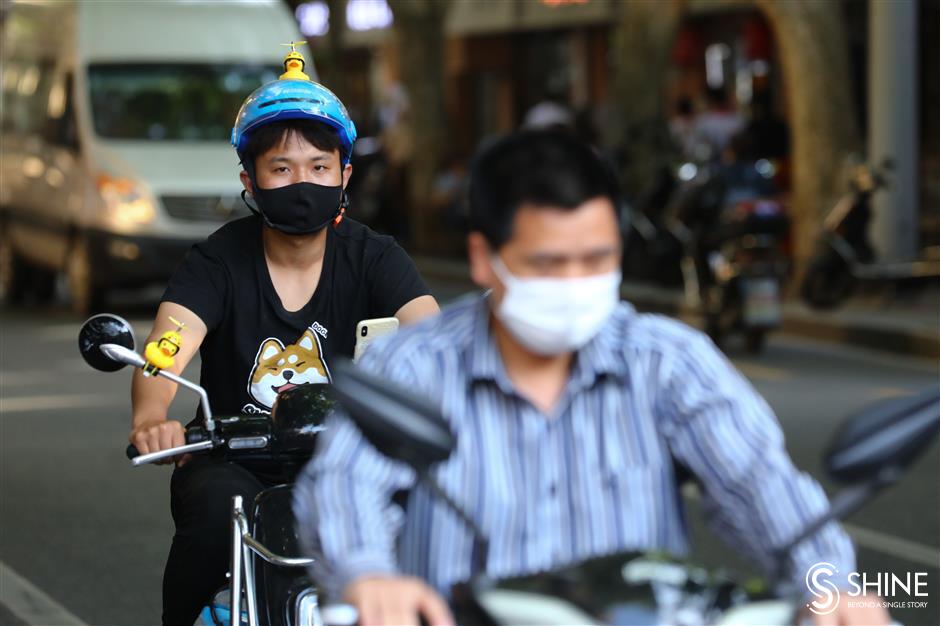 You thought the prospect of wearing a face mask as summer approaches sounded daunting? Well, if you’re an e-bike rider, your summer just got a lot sweatier.

It’s looking like medical face masks are going to be a fixture for some time to come, despite Shanghai’s government lowering the COVID-19 risk level, effectively reducing local transmission to zero (there were two cases from Hubei recently), and informing residents that face masks outdoors are now optional (they’re still required on the Metro and other public transportation, as well as some stores and malls and so on).

If you’re an e-bike rider, a new traffic police awareness campaign is about to make your summer even hotter and that little bit more unbearable. Unless you happen to like sweating profusely, that is. Free sauna on your ride to work?

Shanghai police have announced that, starting next month, a citywide safety awareness campaign will begin, urging e-bike riders to cover their heads. E-bike riders who don’t wear helmets won’t be fined, they confirmed this week, since current local and national laws don’t require it.

I suspect that will change by year’s end, and laws similar to those in some other regions of China — including Jiangsu and Zhejiang provinces, as well as Shenzhen — will see helmetless e-bike riders in Shanghai fined.

I used to ride an e-bike, back when I lived quite far from work, and a helmet was something I always made sure to wear, least of all because of the sometimes erratic driving found amongst other members of humanity. I do remember it being quite hot and stuffy, so I would hate to imagine what that would be like coupled with a medical face mask in Shanghai’s sometimes 40-degree Celsius summer.

On top of that, news of China’s new safety campaign has seen a rush on helmets. Just like when face masks became a must-have back in late-January, huge demand and inadequate supply initially meant the market couldn’t keep up. It looks like that’s set to happen with e-bike helmets too.

In Jinshan District, where the helmet safety campaign began before the citywide rollout, some helmet retailers have gone out of stock and prices have increased as demand outstrips supply.

So if you’re an e-bike rider, keep on the lookout for a motorbike helmet — it could very soon be a legal requirement. 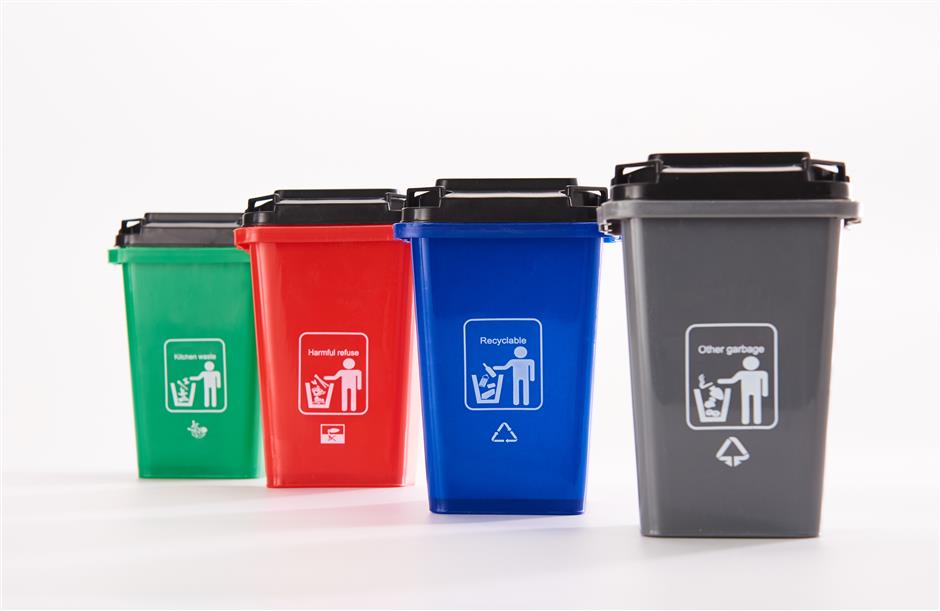 If your trash sorting habit went by the wayside during the COVID-19 epidemic, it's time to get your A back into G.

Despite the one-year anniversary of Shanghai’s trash sorting regulations coming up, the habit of splitting our waste up into four categories kind of fell by the wayside during the COVID-19 outbreak.

Neighborhood committees and their limited manpower have had more important things to focus their attention on in the past few months, including temperature checking everyone returning home, enforcing home quarantine where necessary, writing out face mask ration forms and everything else COVID-19 threw their way.

“That’s the last of anyone’s worries!” a friend laughed as I tried to sort my trash a few months ago.

So, you may have noticed that trash sorting practices in your community took the back seat for a bit. That’s about to change!

Shanghai’s urban management and law enforcement authorities handed out some 7,662 fines over trash sorting “irregularities” in April alone, signaling an end to any idea that recycling our waste was optional under COVID-19.

Failure to sort and dispose of trash correctly was the main culprit at just over 60 percent of all fines, but 35.2 percent related to failure to install proper garbage-sorting containers, so if your community has slackened off and no longer has enough bins for use, contact them about it.

If anything, e-bike helmets safety campaigns and trash sorting fines are a good sign things are slowly getting back to normal, and that’s a great feeling.

Special Reports
ADVERTISEMENT
Hot summer ahead: e-bike helmets and garbage-sorting rule ramp-up
Proposed civil code crucial for protection of people's rights in their quest for better life
Establishing, improving legal system, enforcement mechanisms for HKSAR to safeguard national security imperative and pressing
Governments must work together to address risk of disruptions to global food supply chain
Building an eco-friendly city to better protect humans against viruses
Reassessing patents in fighting COVID-19
Student's prompt testing an inspiring example of self-discipline
We must care for nature and let nature care for us
Building a common community in the fight against COVID-19 by tightening cultural ties
What China has done to boost int'l cooperation against COVID-19
EXPLORE SHINE