Away with the roses: Enjoying the dulcet tones of a world first 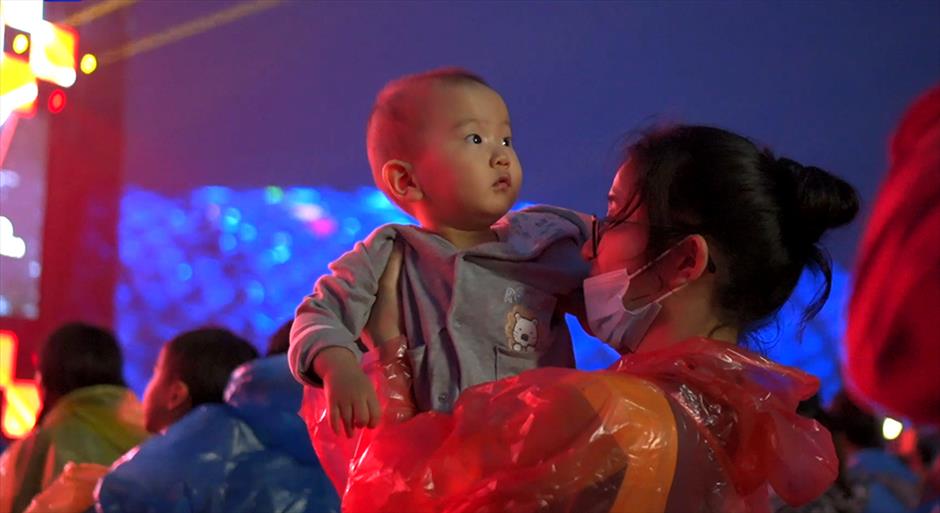 A young concertgoer enjoys the first outdoor symphony concert since much of the world was locked down over COVID-19.

Early summer is meant to be the perfect time to enjoy sunshine and blossoming flowers, but the rain persisted on Saturday as the city's orchestra and choir prepared to go on stage at Shanghai Chenshan Botanical Garden for the first outdoor musical concert since much of the world went into lockdown over COVID-19.

That did not stop throngs of excited ticket holders from donning disposable raincoats in lieu of umbrellas — that would block the view for those behind — taking their wet seats for the first performance in the annual Concert on the Green series.

Although the rain put some ticket holders off at the last minute, thousands still enjoyed the show online across multiple streaming platforms including Bilibili and Kuaishou.

Livestreaming online became even more popular while Chinese chose to stay home during the epidemic — some are still choosing the safety of home over heading out to attend events with swarms of visitors.

That’s why live streaming makes up an integral part of the ongoing Quality Life Week, which this concert series was part of. The week features dozens of shopping and entertainment events which guests can either attend in person, or appreciate vicariously online — either way they can enjoy the entertainment at the venue, and even make live purchases to be delivered right to their doors. 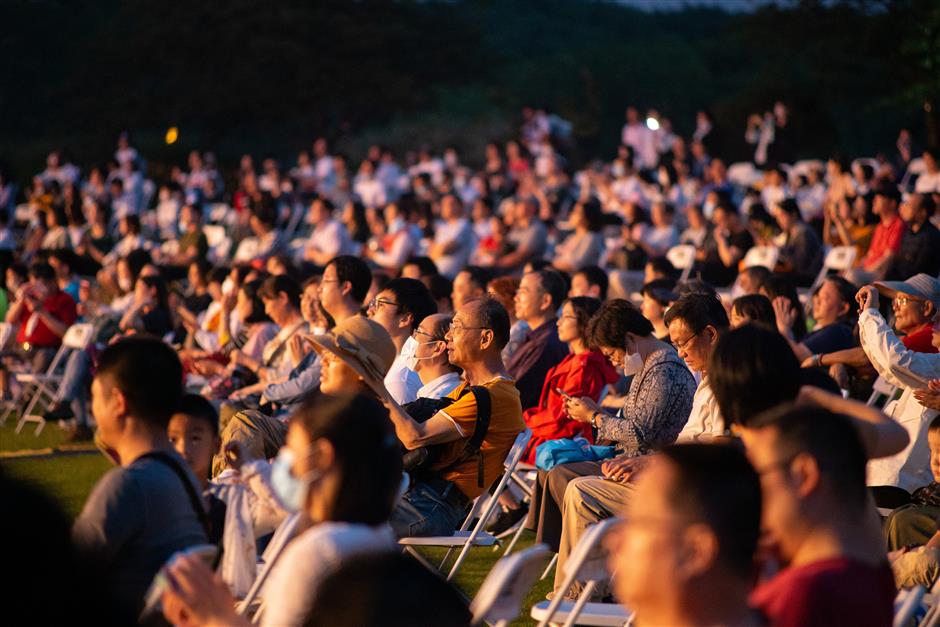 Luckily for me, I was able to enjoy the first in this year’s Concert on the Green series in person, soaking up the atmosphere and enjoying the sounds of some of Shanghai’s greatest musicians live.

The majestic concert took place at Shanghai Chenshan Botanical Garden, a fitting location sprawled across two million square meters of Songjiang District. Having only opened in 2011, the garden features and conserves thousands of species of flora and fauna from Eastern China, particularly those which are endangered.

Ode to Joy from Beethoven’s Symphony No. 9 in D-Minor, despite the rain, was an appropriate accompaniment to the expanse of nature that can be found hidden away in one of the world’s most populated cities.

Click the video above and go along with Andy as he explores the garden and enjoys classical music at one of Shanghai's many annual cultural events.

﻿
Special Reports
﻿
61946
,
Tributes to China's 'father of hybrid rice'
Nobody speak: the fear of cancel culture
Career snobbery 2.0: the problem with the passion mantra
Rural area is critically important to the future prosperity of China
Advanced economies can do more to help others
On how to show the magic of the city with stories
25 working days until the next holiday! Get away from it all? Nah
Only dialogue can lead to peace and mutual prosperity
Happy birthday: We're all getting older, so let's end ageism
A Lao student's views on Sino-Laos friendship
EXPLORE SHINE