On March 21, I released a vlog, having returned from a quick visit to New Zealand as it prepared to battle its first COVID-19 cases — in it I predicted that the country wasn’t doing enough, and that very soon things would “spiral out of control.”

That video went viral, gaining millions of views in a country of only 5 million. People were mostly interested in how myself, a passenger coming from China which was, at the time, still a novel coronavirus hotspot, could enter New Zealand with only a five-second interview at the border — and when I say interested, I mean mad. People were furious.

On March 25 at 11:59pm, New Zealand went into lockdown. The entire country. Every single person was required to stay in their “bubble” — usually meaning those you live with — and treat everyone else as if they had COVID-19.

I am extremely proud to say that Kiwis by and large stuck to the rules, and my earlier prediction was proven completely wrong — cases started to fall after reaching a peak in early April, and New Zealand has become the first country in the entire world to completely eradicate COVID-19 within its borders. That’s all thanks to what Prime Minister Jacinda Ardern calls “our team of 5 million.” 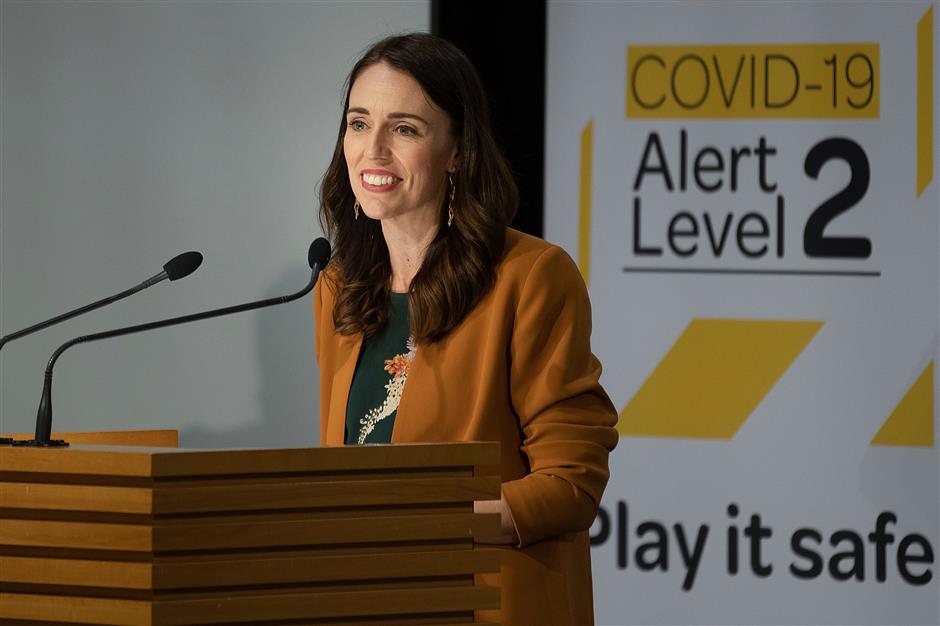 New Zealand Prime Minister Jacinda Ardern has been widely praised for her leadership during COVID-19.

Now my home country is at Level 1, the lowest level (apart from zero), which means people can move and associate freely, although the border remains closed.

But even that will change soon, after Air New Zealand announced it will reopen passenger flights between Auckland and Narita. That’s not, however, a sign that the border will open completely, Ardern warned.

Some Kiwis are hoping she will announce a trans-Tasman “bubble,” allowing for unrestricted travel between New Zealand and Australia, but she’s warned people not to expect that any time soon. “We will need to move cautiously,” she told reporters pressing her for a date at this week’s media conference.

And I agree, because apart from Kiwis doing their best to remain apart during the lockdown and helping eradicate COVID-19 for now, that is definitely in large part due to the geographical advantage the country holds, being a series of islands isolated way down at the bottom of the planet.

When the borders reopen, it is technically a given that COVID-19 will rear its ugly head again based on the state of the rest of the globe. We are only as strong as the weakest link once borders and international travel open again, and the weakest link is in a terrible state right now.

New Zealand’s Finance Minister Grant Robertson suggests Kiwis embrace further measures that will help when COVID-19 does come back to roost, including the use of contact tracing apps.

The use of such apps “is important because while we have succeeded in our goal here in New Zealand there is COVID in the world and … it is inevitable in the future that there will be further cases,” he said. “We need to be in a position to stamp them out as soon as possible, and contact tracing is a big part of that.”

Another important factor to take into account is the fact that New Zealand has just entered winter, the perfect time for COVID-19 to spread. Extra care will need to be taken to avoid another outbreak which, compared with the first, has the potential to be much worse.

It’s clear that New Zealanders, under the leadership of Ardern, have performed extremely well and should be proud of the gains they’ve made against a virus that will probably affect our lives to a significant extent for at least the next few years. Unfortunately it’s a case that can’t really be emulated in many places, though, due to geographical, political, cultural and population differences, but it’s good to know that there isn’t only one “correct” way to deal with COVID-19, and that different measures can be successful in different contexts.

Now I’m just crossing my fingers that we reach a point soon where we are able to safely open travel links between China and New Zealand so I can go home and spend more than one night. I’m willing to wait, though.

Special Reports
ADVERTISEMENT
New Zealand defies my predictions, thrashes COVID-19 after lockdown
What I learned as a parent when school reopened
Going extra mile turns good intentions into better outcomes
Which economic stimulus works better to fight COVID-19?
Mankind is a community with a shared future
Vlog: Squeezed in like sardines at uber popular Anyi Night Market
Quality Life Week so much more than material consumption
Vlog: Cooking, coffee, crafts and fruit picking at a Shanghai village
On anti-intellectualism in the United States
American police brutality shows the reality of the troubled nation
EXPLORE SHINE