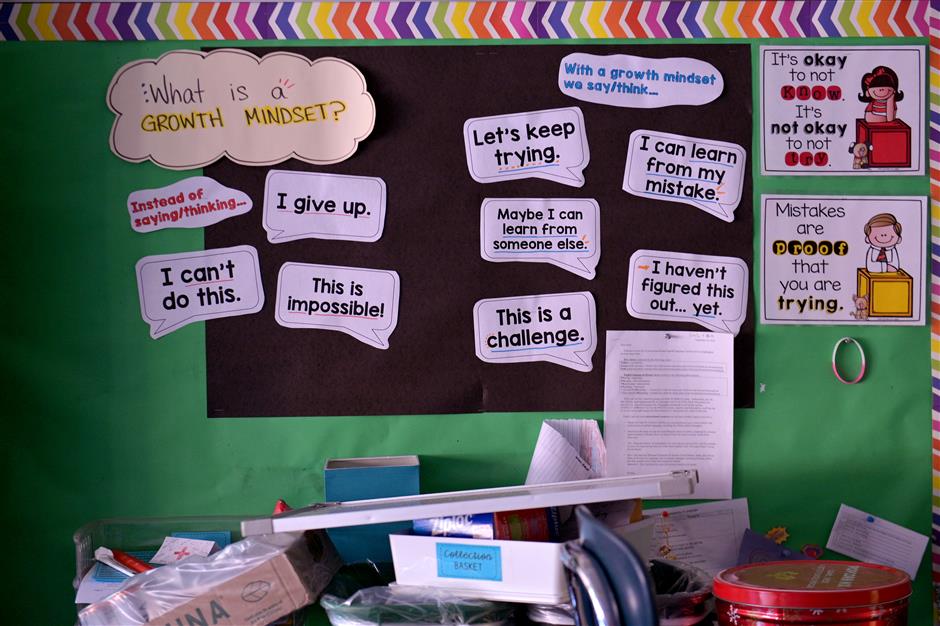 A poster board in a classroom shows traces of teaching, lessons and projects before school was closed to students at Yung Wing School P.S. 124 on June 9 in New York City.

I am writing this after reading “What I learned as a parent when school reopened” (June 11, Shanghai Daily).

As you may know, things are still very much “up in the air” here in the US regarding school reopenings, all the way from preschool through college. I’m sure educators here will be watching what is done in China and in other states that have — or are in the process of — reopening schools.

Efforts to maintain students’ learning levels despite the schools being closed have been very disappointing here. I’ve seen a number of pieces — nationally as well as more locally — that underline how existing economic and social disparities have magnified the difficulty poorer and generally more minority students have had. While phones are ubiquitous, computers, laptops and iPads are not. Moreover, poorer and more rural areas are more likely to not have access to the Internet, compounding students’ problems in keeping up. But even the better-off and higher-performing students apparently have struggled: Many parents have been forced to go back to work as various parts of the country reopen, leaving their children alone and unsupervised.

Under such conditions, it is almost always easier for young people to find something to do other than studying.

The one thing schools have apparently done well is continuing their free lunch program for the majority of students in public schools who rely upon them for nutrition — for too darn many it is the major meal of their day! Teachers and administrators have gone to great lengths to make those meals available, either through drive-through pick-up stations or, in some cases, by delivering the meals to students’ homes. Another comment, by the way, on how many jobs in the US today pay wages woefully short of helping families live sustainably.

Greg Cusack is a retired US congressman from Iowa. He now lives in Oregon. The views expressed are his own.

Special Reports
ADVERTISEMENT
61922
,
61927
,
Learning is harder for the poorer and minority students in the US
Journalists should not be attacked by US police for doing their jobs
Making a strong case for communal approach to health
New Zealand defies my predictions, thrashes COVID-19 after lockdown
What I learned as a parent when school reopened
Going extra mile turns good intentions into better outcomes
Which economic stimulus works better to fight COVID-19?
Mankind is a community with a shared future
Vlog: Squeezed in like sardines at uber popular Anyi Night Market
Quality Life Week so much more than material consumption
EXPLORE SHINE