Tale of two cities: How Beijing and Melbourne differ in dealing with COVID-19 flare-ups

On June 11, Beijing reported a new locally transmitted case of novel coronavirus after 57 days of zero domestic instances. On July 7, Melbourne in Australia clocked up 191 new confirmed cases. The two cities are choosing quite different paths in dealing with their COVID-19 flare-ups.

One city opted for targeted measures, quickly investigating new cases and zeroing in on related areas for lockdown, as opposed to closing down the entire city again and risking massive disruptions to daily life and the economy. The other city has opted for complete closure and strict stay-at-home rules for at least six weeks. 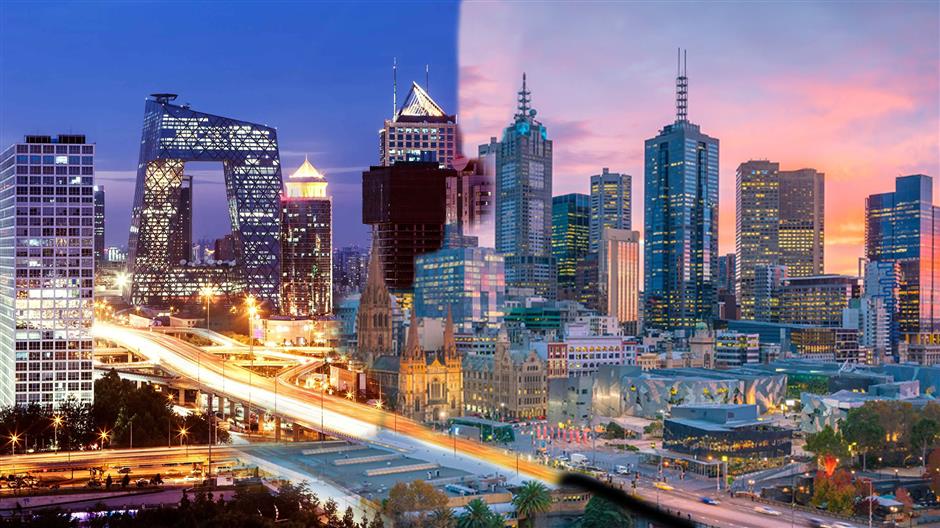 Beijing and Melbourne both face similar new outbreaks of COVID-19, but their responses are worlds apart.

After 57 days without a single new case of novel coronavirus, Beijing identified a locally transmitted case on June 11. An epidemiological investigation kicked off immediately, quickly tracing 38 close contacts as well as any places the patient had and may have visited in the preceding two weeks.

These investigations zeroed in on the Xinfadi farmers market located in the city’s Fengtai District. The market was immediately suspended from trade, and surrounding residential communities were placed under lockdown. Traders at the market were also kept under close observation.

The city’s subdistricts and townships were sectioned up into levels of risk, with each level facing different restrictions based on the data collected relating to the new outbreak. This targeted method of dealing with Beijing’s new outbreak was designed specifically to keep disruption to the city to a minimum.

These methods have been a huge success, with Beijing now having effectively brought the outbreak under control. Beijing reported an overall 335 domestically transmitted cases relating to this cluster.

A report by Bloomberg News this week praised Beijing’s response and said other governments could learn a thing or two.

“Instead of resorting to a sudden, across-the-board lockdown that risked reversing the gains made since China started reopening, Beijing deployed more targeted measures,” including targeted testing and lockdowns, the report noted. The capital’s response “could hold lessons for other countries.”

On July 7, Melbourne recorded an alarming 191 new cases of COVID-19, forcing the premier of Victoria, Daniel Andrews, to bring back restrictions across the entire metropolitan area. From 11:59pm the following day, Melbournians faced at least six weeks of strict lockdown.

It means that residents cannot leave home for at least six weeks unless they are shopping for food or other essential items, providing caregiving, undertaking daily exercise, seeking medical treatment, escaping domestic violence or going to work. To be honest, that sounds like a lot of reasons people can use to leave home, but officials noted that if work can be done from home then it must be.

Residents are also not allowed to leave the Melbourne area, cannot visit friends or family, and will not be permitted to dine out. On top of that, weddings and funerals can go ahead but only with five and 10 people in attendance respectively.

This recent surge in cases is much more serious than the initial wave of COVID-19 cases to hit Victoria back in late March and early April. The previous high was March 27 when 106 cases were reported, compared with 301 on July 10, two days after the lockdown began.

Local police can issue instant fines to people breaching lockdown rules, which can be up to A$1,652 (US$1,066) for individuals and A$9,913 for businesses. 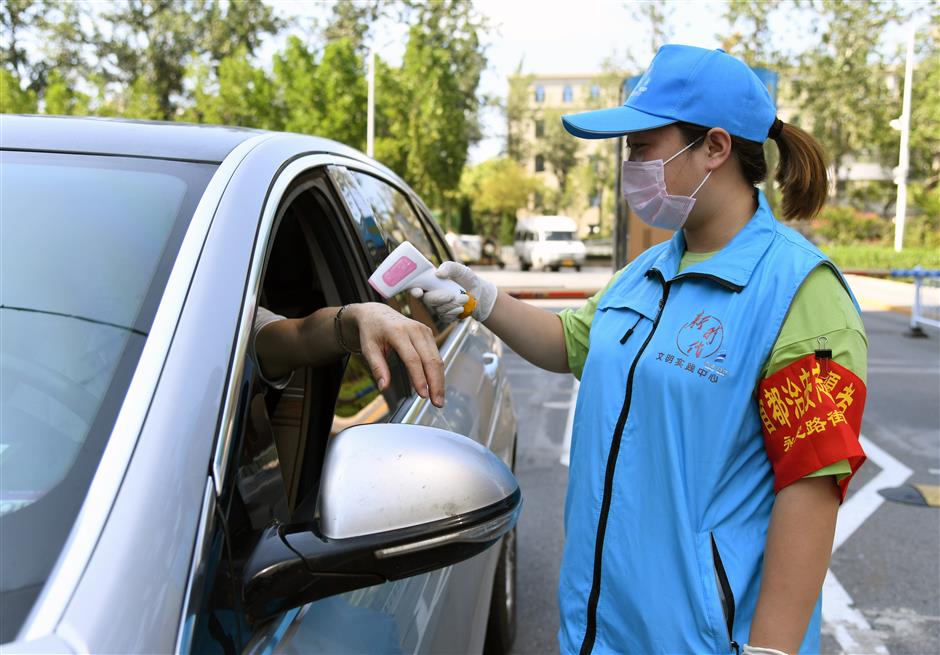 Community volunteer Luo Xing takes a resident’s temperature at the entrance of a residential complex in Beijing. The capital city has controlled its recent outbreak of COVID-19 infections.

One of the factors allowing Chinese governments to successfully undertake wide-reaching as well as narrow and targeted measures in the battle against this virus is the level of manpower and human resources available across all levels of society.

A Chinese word many expats probably heard for the first time earlier this year is juweihui (neighborhood committee), which is the most grassroots level of governance in China. The country’s juweihui made it possible for entries to all residential areas in Shanghai to be manned around the clock, for example, during the height of the outbreak earlier this year.

These neighborhood committees, as well as Beijing’s 500-odd epidemiological investigators, also made it possible for that city to home in on the epicenter of recent local transmissions and lock off smaller areas of the city in order to contain the cluster while suffering minimal collateral damage.

Of course, it’s not fair to judge Melbourne’s reaction just yet since they’ve only just entered their new lockdown period, and nor is it being suggested that only one method of dealing with resurgent cases of COVID-19 is “correct.” But it stands to reason that if it is at all possible to minimize disruption when cases inevitably pop up around the world in the coming months and years, then doing so will be desirable.

Special Reports
ADVERTISEMENT
Tale of two cities: How Beijing and Melbourne differ in dealing with COVID-19 flare-ups
The global impact of COVID-19 resurgence in US
Understanding stock markets during pandemic
Jaywalking fines necessary to break unsafe habits
'Comprehensive containment of China by US would only prove to be a historical mistake'
Celebrating diversity in our food supply
Interest and ardor ensure garbage-sorting success
International forum shows resolve to engage business
Striking a balance between liberty and regulation
Tackling plastic waste in time of pandemic
EXPLORE SHINE