With international travel off the cards, it's time to explore Shanghai's back yard 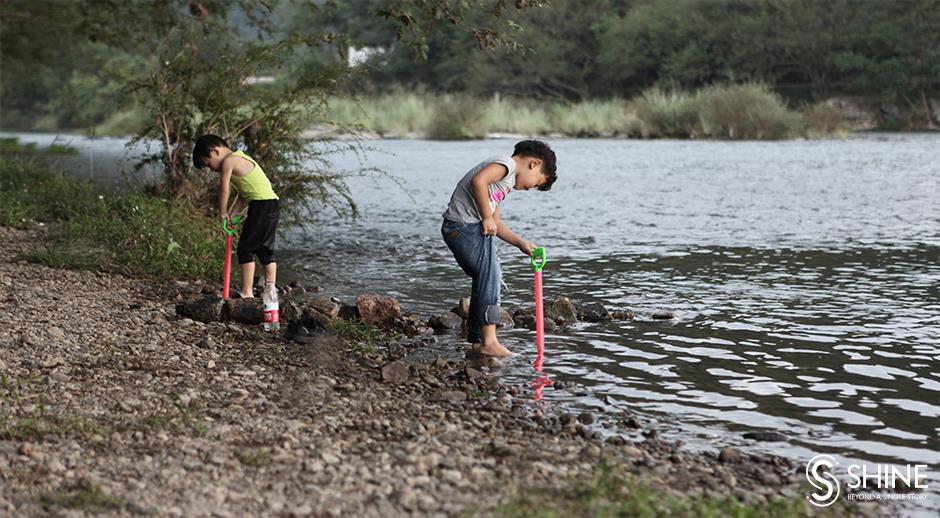 The Good Creek is among the natural attractions in Jinyun County for tourists seeking a weekend getaway in the Yangtze River Delta region.

The Passport Index just announced that the New Zealand passport is the most powerful in the world when it comes to traveling freely, tied with Japan. But that is of absolutely no use to me while China still refuses entry or re-entry to most foreign citizens — traveling overseas right now is off the cards.

Fear not! Our little neck of the woods around Shanghai is filled with travel treasures, all within just a few hours at most on the high-speed rail network. Today I will focus on places within the Yangtze River Delta region, which is jam-packed with a vast array of different foods, peoples, histories and culture.

Governments in the area have been working hard to integrate the region, making it easier to travel and experience not only the well-known cities like Nanjing, Hangzhou, Wuxi and Ningbo, but also the lesser-known places hidden right in our back yard.

The Yangtze River Delta area is a roughly triangle-shaped area, which comprises Shanghai and parts of Jiangsu, Zhejiang and Anhui provinces. It is one of the most densely populated areas on the entire planet, home to some 115 million.

Socially, it is known as a Wu Chinese area, meaning that those within the delta often speak one of the languages found under the Wu dialect, as well as Mandarin Chinese. Wu languages are mutually unintelligible from Mandarin Chinese, and sometimes even amongst other languages in the group. 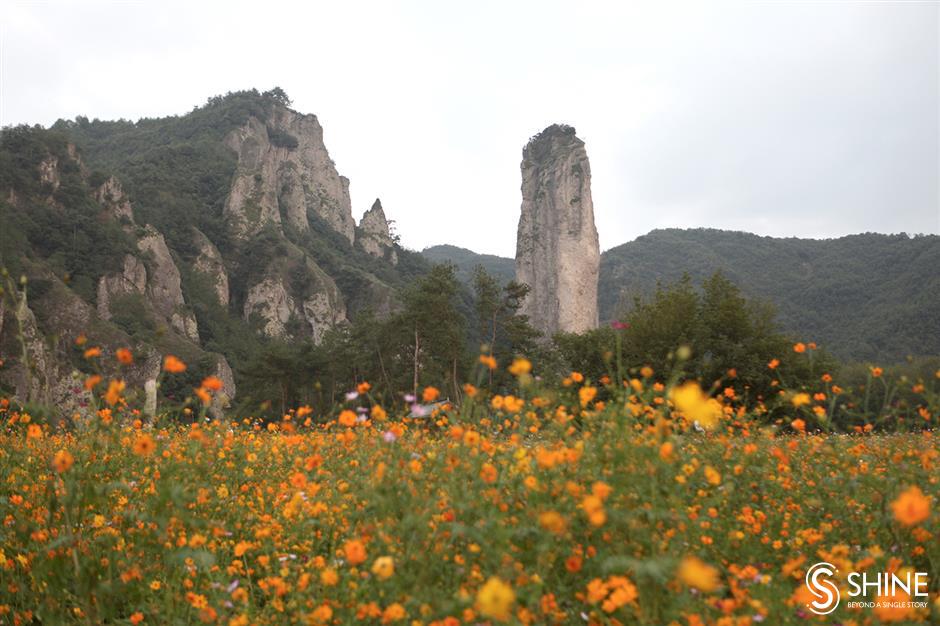 Jinyun County’s Dinghu Peak holds the curious title of the world’s No. 1 stalagmite stone, according to the local government.

With a history dating back to AD 696 in the Tang Dynasty (AD 618-907) — or much earlier if you consider the legends of the Yellow Emperor and tribe leader Chiyou — Jinyun County in east China’s Zhejiang Province is as green and beautiful as it must have been centuries ago.

The best way to experience the curling river, green mountains, wildflowers and rocky outcroppings is to park yourself in the Xiandu Scenic Area, which is just a few hours from Shanghai by high-speed train. It’s the perfect weekend getaway.

The scenic area, which covets the title of “National Key Place of Interest,” is home to a handful of Zhejiang’s top natural tourist attractions. Nestled in the area are Dinghu Peak, a 170-meter rock formation that the locals liken to a bamboo shoot; Hibiscus Gorge, which features more rocky outcroppings and fields of bright flowers; Good Creek, which snakes its way through the scenery; and Xiaochibi, a natural rock formation that gave rise to legends of dragon battles.

Jinyun and Shanghai are now connected by high-speed rail, placing Xiandu Scenic Area firmly within a weekend’s reach. It’s just a 2.5-hour journey from Shanghai’s Hongqiao to Jinyun West Station. From the station, you can catch one of the local cabs and arrive at your accommodation in about 20 minutes.

At about three hours from Shanghai on the high-speed train lies Xuzhou, a major city of around 9 million located in northwest Jiangsu Province. The city — called Pengcheng back in ancient times — holds historical significance as the location of many battles and rebellions, much of which can be learned about at the city’s museums.

Terracotta warriors were not just found in Xi’an, as a visit to Xuzhou’s Museum of Terracotta Warriors and Horses of the Han Dynasty will show. The city’s terracotta artifacts were discovered in 1984 across six different pits.

In terms of food, there’s much to try. Don’t leave without chowing down the city’s famous pork belly.

I grew up in Lower Hutt, a suburb of Wellington, New Zealand, which just happens to be a sister city with this little (in Chinese standards) city at the northern bank of the Yangtze River.

With a population of 4.5 million, Taizhou can be reached within two hours on the high-speed train from Shanghai.

Apart from its medical industry and flour mills, there’s not much to write home about this little city. Come here if you want to experience Jiangsu life without an overabundance of tourism — it’s definitely a lot quieter than a weekend in Shanghai.

While we’re still struggling with novel coronavirus around the globe, now’s the perfect time to explore all the hidden places much closer to home. Find your own little paradise in the Yangtze River Delta region next time you need a weekend away.

Special Reports
ADVERTISEMENT
With international travel off the cards, it's time to explore Shanghai's back yard
Chinese characteristics spur boom in youth ACG culture
Forget about being right, focus on being less wrong
Cash will live on for the foreseeable future
From 'fruitful monotony,' greatness springs forth
Internet fame no substitute for real substance
A just post-pandemic transition must advance social imperatives
On women's role in powering the green transition
Protect journalists from online harassment
Juvenile education requires input from all actors
EXPLORE SHINE