On dealing with subtle acts of exclusion 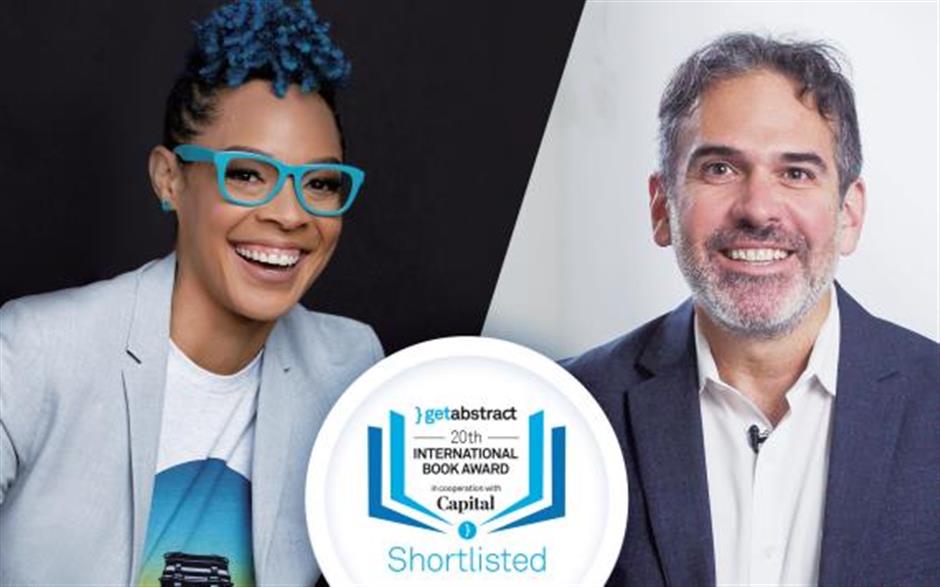 In the following interview, Tiffany Jana and Michael Baran talk about subtle acts of exclusion, how to recognize them, how to avoid them and how to deal with them proactively — on both sides of a conversation. The interview is conducted by Haike Finch-Schattka, managing editor at getAbstract. Visit journal.getabstract.com for the original interview.

Q: To get everyone up to speed, let’s start with a short introduction: What are subtle acts of exclusion?

Tiffany Jana: Subtle Acts of Exclusion is a new term for microaggressions. Michael Baran and I coined the phrase — SAE for short — to help destigmatize the idea of microaggressions and to make more progress on this important issue. We were inspired to write this book because of the lack of progress that we were collectively making on the topic of microaggressions and the way that they were causing serious harm to people, in terms of job satisfaction but also mental and physical health.

Q: What’s the connection between SAE and unconscious bias?

Jana: They are connected to bias because they tend to extend from the places where we have bias about people and their various identities. We are often unaware of our own biases and, by extension, we commit SAE unknowingly. Unfortunately, our ignorance of our unconscious bias does not mitigate the impact and harm caused by our exclusive words or actions.

Q: How do you recommend dealing with these instances?

Michael Baran: The first step for everyone is to recognize that they are happening, and frequently, and so we should expect them to happen. Once we do that, we can prepare for how we’re going to react, whether we are the person who experienced the SAE, the person who initiated it, or the person who observed it. It all goes best when an organization gets on the same page about SAE — what they are, how to have productive conversations, and how to collectively feel like we’re addressing them together because it’s important to all of us. That being said, the guidelines can certainly help individuals, and the more people get on board, the better we’ll be at addressing these at a societal level.

Q: If you’re experiencing or witnessing an SAE, how should you respond?

Baran: You first take stock of the situation. What am I feeling? Who is around? What is the setting? Is it appropriate to speak up now? Am I ready for this conversation? If you decide it is a good time to speak up, then you can make sure to pause the action, even if you don’t yet know what to say. Something like, “Can we pause to discuss something that was just said?” Then, if you think the person didn’t have bad intentions, you can be explicit about letting them know that, by saying something like, “I’m sure you didn’t mean anything bad by this, but …” Then call the person in, rather than calling them out. See if you can explore together the impact that the SAE had on you, or that you think it may have had on someone else, by using the framework in the book. You might try saying, “When someone asks me where I’m ‘really’ from like that, it makes me feel like I don’t belong here.”

Q: What if you accidentally excluded someone else?

Baran: If you are the person who said an SAE and you notice it as soon as it comes out of your mouth, you can also pause the action and discuss. This is powerful self-awareness. And if you are the one getting the feedback about an SAE you said or did, you have a huge responsibility to not get defensive, but to explore the intent of your words or actions. Explicitly thank the other person for speaking up and use that opportunity to build a closer, more trusting relationship.

Q: Could you give us an example?

Jana: The first time I brought one of my children to a diversity training gig, she was 12 years old. The client was a park. So, during one of the breaks I saw what appeared to be another child wearing a park shirt. I was ecstatic so I exclaimed “Oh look! It’s the tiniest little park employee!” A few minutes later I realized what I had done. Why would a child have on the facility uniform? I had just insulted an adult! I was primed by having my child at work all day and made a wrong assumption.

Q: How did you react?

Jana: I attempted to make it right and, upon closer inspection, the person still looked all of 12, so I asked, “Are you a grown-up?” I doubled down on the insult even as I attempted to explain that I had my child with me and I was not paying close enough attention. I apologized profusely. She was gracious and said it happened all the time. Her colleagues, however, were giving me the stink eye. And the worst part is that I was there to lead diversity training for some of their colleagues! This is why I insist that we all have grace for ourselves and grace for others when we are trying to expand our cultural fluency. Remember, if a diversity expert can fail so epically, anyone can. Don’t beat yourself up and try to be kind when others fumble around you.

Baran: Once I was speaking on unconscious bias to a corporate audience. During the question-and-answer period, a white woman asked a question about what I would suggest doing with a boss — also white — who casually used the N-word, quoting a song lyric, during a meeting they had. I asked, “Has he done it more than once?” The moment it left my mouth, I realized I had made an unfair assumption about the speaker’s gender. In this case, I don’t think it was the fact that I heard the word “boss” and assumed that person would be male. But rather, I think I heard the story and assumed that the person casually using the N-word like that would be male. But maybe it was both of those things. This was definitely an example where I felt the need to call attention to it immediately, which I did in front of the whole group.

Q: In your book, you recommend addressing subtle acts of exclusion before they happen to create awareness and help people respond to them when they happen. If you don’t work in a company that has this awareness as part of its culture, is there a shortcut?

Jana: We really do recommend embedding the SAE Accountability System into the workplace to normalize calling people in safely. In the absence of that, people must proceed with caution.

The nature of organizations is such that power dynamics are almost always in play.

Absent an SAE Accountability System in which executive leadership expects employees to address SAEs in the moment or ASAP in service of greater inclusion — people have to choose their battles. I would say that if you have a solid rapport with the person you are calling in, proceed with grace. The time to ignore it is when you are in the extreme minority, have little relative power, and the SAE initiator has little or no relationship with you and the ability to affect your employment status.

Q: Your book was launched in March 2020, briefly before the death of George Floyd led to protests around the world. How has this timing affected your book’s reception?

Baran: Certainly, after the murders of George Floyd, Breonna Taylor, Rayshard Brooks and others, people’s attention turned to the topics of racism, anti-racism and allyship in the United States — and globally — in new ways. While it’s unfortunately not a new phenomenon, many people’s eyes are opening in new ways. And one of the first steps is to learn deeply about the issues involved, so they are turning to books on the topics in record numbers. We are thankful that people are turning to our book as well. While our book does not directly address the explicit murders, it points to an important piece of the puzzle. If we hope to really create a world free from racism, where all people are truly valued for who they are, then we need to address all of it — the systemic injustices, the unconscious biases, and the subtle acts of exclusion that perpetuate unequal systems and patterns of thinking. The guidelines for having productive conversations — where true listening happens, where feedback can be given and received with grace — has never been more important.

Q: Some people argue that the awareness that diversity training raise doesn’t lead to behavioral change. How would you respond to such criticism?

Baran: It’s certainly true that not all diversity, equity, and inclusion trainings lead to behavioral change. Many are focused just on awareness, and they stop there, without getting into practical, relevant solutions. That is not how Tiffany and I work. In this book, we build deep understanding and we provide practical, applicable guidelines. We’re proud of both of these goals.

Tiffany Jana is the CEO of TMI Portfolio, a collection of companies working to advance inclusive workplaces. Jana is also the co-author of “Overcoming Bias.” Michael Baran is a social scientist and senior partner and digital solutions lead at inQUEST Consulting. He has taught at Harvard University and worked as a principal researcher at the American Institutes for Research.