How to water your flowers while you are away for a week? Is there a better way to achieve emission-free driving than a battery electric vehicle?

Innovators from around the world have offered state-of-the-art solutions to these and many other issues at the third China International Import Expo, which opened on Wednesday and runs through November 10 at the National Exhibition and Convention Center in Shanghai.

In its debut at the expo, Peleg Design from Israel has demonstrated its inventions, ranging from automatic flower irrigators to magnetic vases that simplify or beautify people’s daily lives.

Applying Israel’s drip-irrigation technology, the carrot-shaped irrigator is about the size of a hand. Plant it in a flower pot, and it will gradually drip water into the soil through its pottery base, therefore freeing you from the daily chores of taking care of your flowers.

These “little” inventions are revolutionary in the sense that they smartly channel an agricultural irrigation technology that’s used in the field on a massive scale to the daily needs of individuals and families in their pursuit for a better life.

Peleg Design has come to China at a time when the country is throwing its weight behind the creative industry. 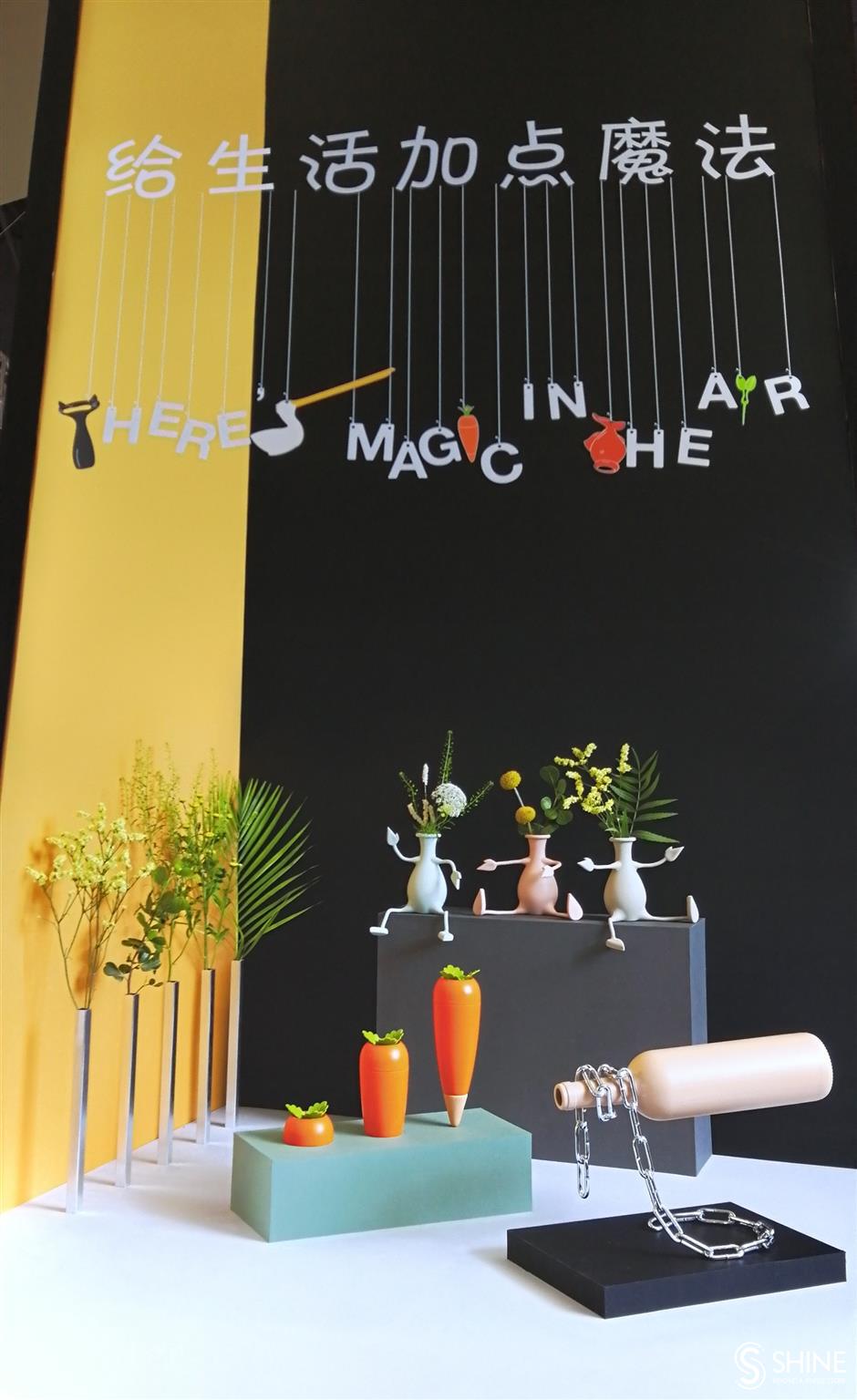 On Saturday, Shanghai M&G Stationery Inc, one of China’s largest manufacturers and distributors in the creative industry, announced the opening of a design center in Israel, in cooperation with Peleg Design.

At the same time, the Israel firm, launched in 2004, will take advantage of M&G’s more than 80,000 retail outlets across China to penetrate the vast local market for its various creative products.

He Yonghong, a senior manager responsible for M&G’s product development, said there’s a huge potential in developing new technologies to alleviate the pain of holding a pen or pencil for a long time. Many Chinese students spend a lot of time writing.

Riding on a huge student market, M&G reported a revenue of about 11 billion yuan (US$1.6 billion) last year, up more than 30 percent year on year. Its net profit also surged.

Chen Huxiong, president of Shanghai M&G, said he hoped Peleg Design could help inject what he called an “aesthetic and humorous” element into stationery and miscellaneous daily items.

Zhang Zhan, director of the Shanghai Promotion Center for City of Design, said on Saturday that creative designs have become a unique selling point for many consumer goods as young customers focus on more than just functionality.

Peleg Design’s foray into the Chinese market is the latest sign of progress Shanghai has made in helping businesses cater to the growing creative needs of local consumers. 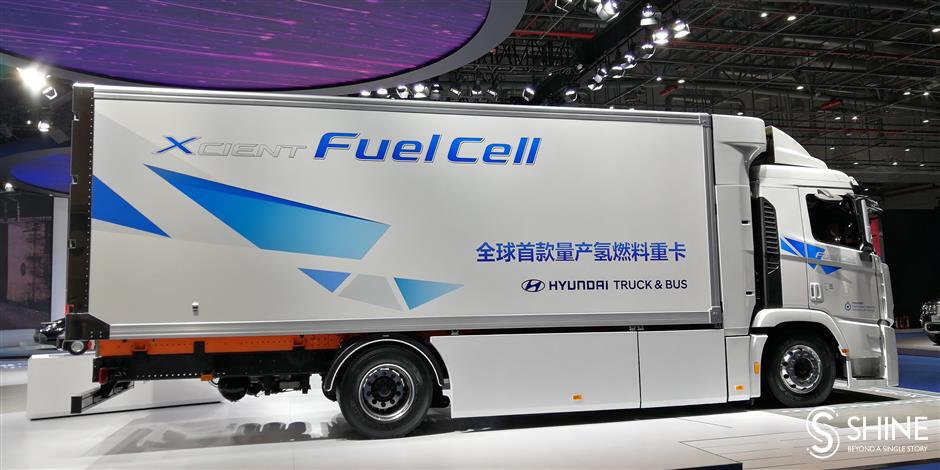 The creative industry is just one example of innovation showcased at the ongoing expo.

In the automobile section, Hyundai from South Korea has displayed the world’s first mass-produced heavy-duty truck powered by hydrogen fuel.

Compared with traditional fossil fuel, or even batteries, hydrogen is a cleaner fuel and claims zero emission. According to Hyundai’s estimates, hydrogen will power 25 percent of the world’s vehicles by 2050.

Pony.ai, specializing in autonomous driving, has debuted its PonyAlpha X car at the expo, a cooperation project with Japan’s auto giant Toyota to explore and expand the driverless experience in China.

Apollo Future Mobility Group has debuted the world’s first carbon-fiber car. Because of its  lighter weight, it requires less energy than a traditional car.

That the expo has attracted the debut of so many innovative products points to the potential of the Chinese market for anything new that makes our lives better and our environment cleaner.

In many ways, the expo is more than just an exhibition; it’s a demonstration of China’s choice to embrace the world’s best products and practices in helping build a global community of a shared future. 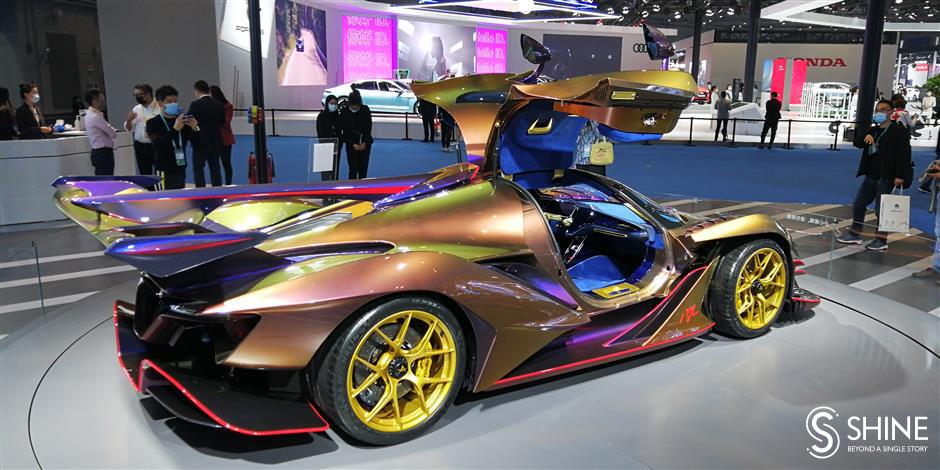 Special Reports
ADVERTISEMENT
61840
,
New thinking needed in tackling our water issues
Green markets are not enough to save us from crisis
Shanghai, let's make sleep our superpower
What?! Is buying a cat in Shanghai really that expensive?!
Communication is at the roots of understanding
Double standards of Western 'preachers' and the nefarious intentions behind them
Get over yourself and say 'yes' to pleasure
Living like a local: the German artist and her century-old traditional Shanghai home
'State's children' a model of national unity
Simple tips for leading a quality and low-carbon life
EXPLORE SHINE