Street cats in Shanghai: Why you should jog on 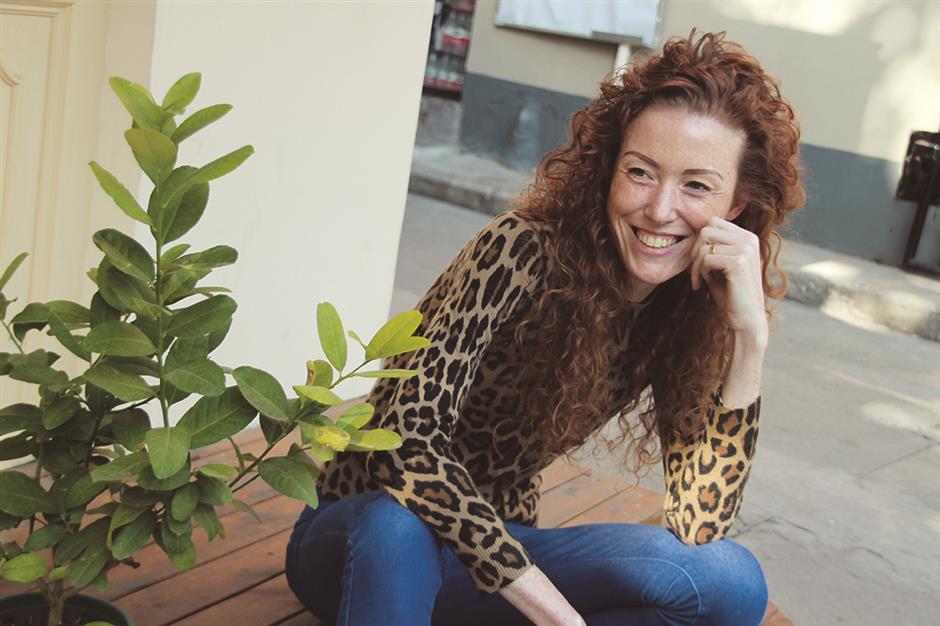 There’s an estimated 3 million stray cats in Shanghai. To put that in perspective, Armenia has less people. There’s quite literally a nation of stray cats living among us.

Fuxing Park is fast becoming my favorite jogging spot in the city. It’s a haven for the elderly and a practice ground for dancers, musicians, photographers and slow-moving tai chi sorts.

It’s also packed with stray cats. And here's where I fell privy to some bizarre initiation to Shanghai life: adopting a street cat. Well kitten, and I’ve been fostering. But let mine be a lesson, think twice before you take one of these fur balls home.

She was sodden, covered in flies and crying when I found her. With no mom in sight, after much deliberation I picked up the kitten and walked to my apartment, a mixture of adrenaline and self-righteousness pumping through my veins. Locals smiled as I passed, and I mistook what I now suspect was knowing amusement for hero-worship.

Within the hour and still in my running gear, I was at the vets. A check-up revealed the kitten was malnourished but otherwise OK. She was just 2 weeks old. Some medication, supplies and an eye-watering bill later, the orphan and I waited for a Didi.

As she fell asleep on my chest, the vet said: “Your heartbeat is comforting, she thinks you’re mom.” I melted. But as I bottle-fed her at 3am that morning, it dawned on me: When I asked about re-homing options, the vet talked in months while I talked in days.

Four months later and the kitten was fast becoming a cat. One with teeth and claws and some serious cattitude. To be honest, I have no experience with cats. Largely regarding them as a space where you might put a dog. But my allergy-stricken husband and I did everything we could to love and care for our kitten as we searched for her forever home. I played, petted, groomed and fed her, while he spent 16 weeks high on antihistamines, lost in cat tutorials on YouTube. Trouble is, when it comes to swiftly re-homing a stray cat, you can’t. Or at least, it isn’t easy.

There are some heroic pet rescue organizations in Shanghai. But an imbalance between the number of strays versus foster homes and funding means there’s no guarantee of help. What’s more, speak with people about your furry tenant and you’ll soon find you’re in good company. A fact in itself that’s generated groups of big-hearted volunteers, willing to spread the word to get your stray housed.

But with millions of strays to speak of, and a city of animal-loving softies inclined to pick one up, there’s only so much anyone can do. Controversial in some communities, local residents strike a balance. Akin to soup-kitchens for cats, many lay out kibble and lovingly tend to the needs of strays in their neighbourhood. Turns out, I’m not the only caped cat-crusader in Shanghai.

And while none of this means I regret my decision, or that I’d encourage you to make a different one, it has been an eye-opener. As for the orphan, her name is Lunar. Through the sorcery of WeChat, we eventually found her a loving home with Diane, David and their delightful dog Millie. A purrfect ending for all.

But be warned. Should you hear the desperate cry of a lone kitten, before taking it home be certain you’re prepared to co-inhabit for the foreseeable future.

If you’re not, I highly suggest you jog on.

Concerned for stray cats in your community but can’t commit to a forever home? Lee-Anne Armstrong, executive director of Second Chance Animal Aid, has some top tips on how to help.

If you don’t want to adopt or rescue and re-home a needy animal on your own, there are still many ways you can lend support:

• Volunteer to foster a rescue, whose care and homing is handled by a welfare organization like SCAA.

• Support rescued animal vet care through donations to organizations and individual rescuers who are transparent with their costs.

• Do trap-neuter-return of the cats in your area and follow up with feeding and monitoring. Check out Blue Ribbon Volunteer Society or Feline Fix Shanghai for details.

• Use social media to share pleas for fostering, adoption and financial support from animal welfare organizations and individual rescuers. This helps reach more animal lovers in the community that are able to offer hands-on support.

Special Reports
ADVERTISEMENT
62417
,
New thinking needed in tackling our water issues
Green markets are not enough to save us from crisis
Shanghai, let's make sleep our superpower
What?! Is buying a cat in Shanghai really that expensive?!
Communication is at the roots of understanding
Double standards of Western 'preachers' and the nefarious intentions behind them
Get over yourself and say 'yes' to pleasure
Living like a local: the German artist and her century-old traditional Shanghai home
'State's children' a model of national unity
Simple tips for leading a quality and low-carbon life
EXPLORE SHINE