'Mulan,' Nanjing Road and smashing poverty: a non-COVID look back at 2020

On December 31, 2019, my colleague Amanda and I counted down the seconds until the new year during a live online broadcast for Shanghai Daily. Little did we know the horrors that 2020 had in store for us, just around the corner.

But apart from the obvious setbacks the world has endured this year, there’s still a myriad of interesting things worth looking back on. Today I’ll recap some of them, and I promise to try my best to avoid the C-word as much as possible!

After months of closures, China’s public needed a good excuse to get back to the cinema: it turned out that came with the belated release of “The Eight Hundred” in August, which would go on to become the highest grossing film internationally this year, raking in an impressive US$472 million.

The film, based on the 1937 battle against the Japanese at a Shanghai warehouse, is being heralded as the film that single-handedly revived China’s cinemas from their months-long winter slumber.

Since I live right next door to the warehouse, the success of the film has also made my once quiet neighborhood somewhat of a tourist attraction, with crowds snapping photos and laying offerings for those who took part in the battle. Every. Single. Day.

It’s okay. I’m willing to take one for the team!

There's no way to sugar-coat it: Disney's "Mulan" was a massive flop, one that left a stain on international cinema in an already terrible year.

There’s not really a nice way to put it: the 2020 version of “Mulan” was a mammoth flop. Held up on a pedestal of hope at one point as a savior for the industry under this year’s terrible box office receipts due to COVID-19, the live action version of the 1998 cartoon cost US$200 million to make and only earned a third of that internationally.

Disney was hoping the film would be a box office smash in China, the world’s second-largest market, since local cinemas were running at near-normal capacity. That wasn’t to be: the film raked in only US$23 million on its opening weekend (“Beauty and the Beast” took US$85 million and “Jungle Book” garnered US$55 million), and dropped significantly and speedily after that.

And bad reviews for the film didn’t just come from China: “Mulan” was universally panned by audiences for a whole slew of reasons ranging from story and character changes to cultural pandering. Probably the biggest complaint, though, was that the film’s lead, Mulan, went from being a girl who succeeded in a man’s world through determination and hard work, to merely being a girl with a special, supernatural power. The girl power aspect of the film, coupled with hiring female New Zealand director Niki Caro as director, was all for nothing.

If anything can be learned from the flop of “Mulan” it’s this: Don’t try so hard.

This September, the extension of Shanghai’s famous Nanjing Road pedestrian street opened to the public, connecting the existing stretch of the street all the way to the Bund. That’s 1.5 kilometers of shops, and crowds.

I know, as residents of this amazing city, we very rarely visit the Nanjing Road Pedestrian Mall, but this is still great news, especially for when things get back to normal and we start receiving visits from overseas friends and family again.

The Dongxiang Autonomous County, Gansu Province. This year I was lucky enough to visit some remote areas of China and witness their efforts to throw off the chains of poverty.

I’d be absolutely irresponsible if I neglected to congratulate China’s official eradication of absolute poverty in my 2020 roundup. After setting the task, way back in 2012, of ridding China of poverty, the country set to work. Just this month, it was announced that despite the setbacks this year threw in the way, the goal was reached. Over the past seven years, 10 million have been lifted out of poverty on average every year.

This was achieved through a multitude of programs, which included education, development, job creation, social security and medical subsidies.

I’ve been lucky enough to visit some of the last areas of China to be removed from the poverty list this year, including the Dongxiang Autonomous County in Gansu Province, whose residents were trained on increasing the quality and yield of their two famous foods — potato and lamb — as just one method of increasing the livelihoods of locals.

A brief mention has to go to the 3rd China International Import Expo, which, despite all odds, went ahead as scheduled this year, bringing products from around the world into the country and showing the world that it’s business as usual here. 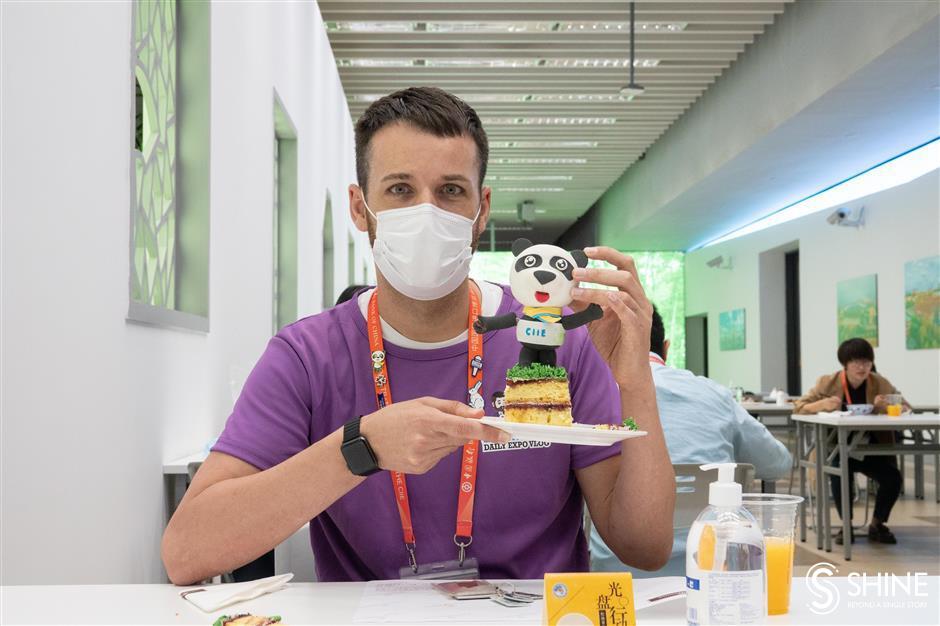 Against all the odds, the third China International Import Expo went ahead as scheduled this year. Yes, I ate that sugar panda!

With the shopping market all but stalled due to the C-word, China found a way to get people spending again, all from the comfort of their own homes, through live Internet streaming.

Sure, livestreaming has been a part of China’s digital landscape for years now, but the shopping aspect experienced a huge boost as people turned to a new outlet for their shopping addictions.

Livestreaming was also a boon for rural sellers who were able to jump on the bandwagon to sell anything from fruit to meat, and experiences to holidays.

It’s been a tough year, that’s for sure, so I’d like to use this opportunity to wish you all the very best as we head into 2021. Surely things can only get better!

﻿
Special Reports
ADVERTISEMENT
Resolutions without remorse: a revealing conversation with Shanghai's dream coach
Small bridges for dialogue and cooperation
No Second Fiddle: Celebrating Shanghai's lesser-known gems
'Mulan,' Nanjing Road and smashing poverty: a non-COVID look back at 2020
Christmas under COVID-19: How to celebrate and why you should
It's officially winter, but don't expect a white Christmas
Shanghai's surprising answer to Martha Stewart and the gift of saying: 'Yes'
Thousands out of quarantine, but an uncertain winter looms just around the corner
Grief connects us all: Welcome to the club
Footbridge helps breathe new vitality into regional development
EXPLORE SHINE